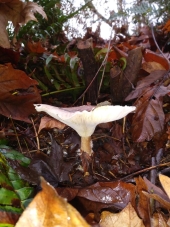 Stop erosion of steep, shaded sand hillside
One year on, the grafted hillside chestnuts are dead. Those started from seed are still kicking, looking good even.

Comfrey plantings have taken with supplemental watering, from full sun to part shade. They establish slower than in ideal locations, and might need 2 years to do anything notable.

Sometimes I have to knock down willows and make berms at the same time. I cut the willow into pieces and crush up the branches, burying them in the berm, then cover it with ferns. Sword fern clusters throw a lot of shade, retain moisture, and tolerate incredible abuse up to severe burning. It seems likely someone will take hold on the berm...I'm really interested in being able to build those in a certain season (when helpful plants would root or sprout quickest) and cover them immediately with not just native, but local plants.

Most ideal is biomass that sheds in structural forms --- stalks that fall over and rot in place would be ideal.  Each year they layer up as some degrade from the soil up. Eventually there would be an apron of soil around the plant, especially if you could add compost tea, EM or what have you.ve noticed comfrey does that and that some users have reported 5 harvests a year of biomass, but the only plants I have that produce so prolifically are also in areas that are plenty fertile!

Any ideas? I just remembered talk of sunchokes filling this role.
show more
1 year ago
soil
Fig and serviceberry trees: to cut or uproot?
Thanks everyone! It's nice to know I don't have to lose these beautiful trees.

I was hoping somebody could tell me what is best for the trees' welfare...but that's ridiculous, every tree is different and even if it's not (because it's a clone or grafted), every situation is different.

It sounds like the trees would do equally well dug up or cut down. I read on houzz https://www.doityourself.com/stry/how-to-transplant-a-serviceberry-tree, you should wrap the roots in damp mulch and wait til autumn to transplant. I have one more day with an excavator...maybe I'll just bite the bullet and move the trees. I hate the feel of tearing roots but I can give them huge new prepped planting sites when I have a machine.
show more
1 year ago
fruit trees
Fig and serviceberry trees: to cut or uproot?
I have some beautiful bearing trees (fig and serviceberry) that a concrete truck must pass over. They have been establishing for 3 years and I hate to undervalue their hard work by treating them carelessly because of my lack of foresight. I know people on permies have been here...

In your experience, can you say whether trees (especially such as these) benefit more from being cut down and allowed to resprout, or from being dug up and replanted? Of course dormancy matters...these trees would be uprooted/cut in the prime of their activity, while ripening fruit. :(

Last year I dug up two chestnuts and found that the 3-year established seedling chestnut fared much better when transplanted to a totally different soil type than the 1.5 year grafted chestnut, itself 2-3 years old and 6 feet or so, has done transplanted to very similar soil just 100 feet away. Go figure!

show more
1 year ago
gardening for beginners
Greenhouse atop shipping container
As it hots up in the region, I am brainstorming ways to keep a CONEX/shipping container from becoming a blast furnace. These wonderful boxes invented by the U.S. military can get up to 100 degrees F in the western Washington summer sun.

The corners have reinforced brackets for lifting and moving the boxes. How can something be anchored to those points for use as a building foundation?

Materials for a greenhouse could be scissor-lifted or placed with an excavator atop the conex. Other ideas to use all that extra space while keeping it cool include:

1) living roof: 6-12" of dirt and some drought resistant shallow-rooted grass. A pond liner should probably be placed over the metal first.
2) kiddie pools: these could be regularly filled with cold well water and drained; I believe six would cover a 40' conex. Plumbing watering systems off that for a continual temperature exchange would be amazing
3) cardboard storage: all that sheet mulching material can be a pain to keep around. throw it on a conex, and hold it down against winds with the chicken wire scraps that are also a pain to keep around! don't use deer fencing, it will scratch the conex. For extra points, put a sprinkler atop your cardboard insulation garden, and time it to run for 3 minutes every two hours. Bonus!: make bricks out of the cardboard boxes by filling them with weeds, overlap-fold the box shut and let it bake. Bonus!: add your junk mail to the mix. Maybe the heat is getting to my brain.

Obviously the greenhouse is the most useful and all-season application. Any other ideas?
show more
1 year ago
natural building 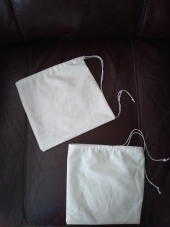 Compost Tea Newbie
J Nuss, what you say about the tea after a few days is interesting. I've read and been told the tea should be used within 24 hours, before the beneficial microorganisms die (and presumably the biome cycles to something neutral or even harmful). Biome change certainly happens with other ferments, so I'm curious what your results have been applying a tea that's days old.
show more
1 year ago
biodynamic
Compost tea: how to clean sprayer?
I've been spraying compost tea for a year now with a Solo backpack sprayer. I can't remember where I got these settings from, but I use a spray head at 30 psi (on the pressure dial, #2) to get maximum pressure without injury to tea organisms.

Straining the tea before spraying has proved one of the more pesky tasks. No matter the gauge of the screen, I still get particles small enough to clog the head in there. At least I can have the sprayer explode on me from the tank or the wand without worrying about chemical blindness! (Though my microbiome is probably 84% compost organisms now.)

I understand some folks use a "trombone sprayer", an old fashioned thing you put in a bucket and pump. I have one of those too, but that's too cumbersome for acreage, especially on hillsides! Those can handle slug tea without clogging, and will probably be best for comfrey+nettle tea application.

There's a lot of magic in compost tea. I mean, magical thinking. The science is young and its proponents are cagey about specifics, but I'm putting most of my eggs in that basket. I've already seen encouraging results...just don't ask me about specifics ;)

Books & papers I've read about compost tea make it sound as though some awful beasties will colonize your every batch of tea if you don't clean your sprayer well enough. This might happen anyway if your compost is foul! What terrifying responsibility coupled with vagueness.

How do you clean your sprayer? I hose mine down with well water through a firehose nozzle...most importantly, immediately after using the gear. It should probably then dry in the sun, but not for long enough to irradiate the plastic.  The parts should probably be spread out for maximum air circulation and solarization, but I don't do that because I'd probably lose them, and pathogenic microorganisms could more easily get into the workings of the sprayer if it were disemboweled across a table. Vinegar solution seems possible and easy but maybe that's overkill.

I bet ozonated water is a really sound choice, unfortunately it's expensive to make and not available for purchase. What about hydrogen peroxide solution? Since that eventually breaks down to water, only cost makes that unattractive, unless there is some easy reaction by which it can be produced at home.

EDIT: The august Eric Fisher reminded us on this forum that most of the aerobic organisms in tea are helpful, so creating that environment is the main aim.  His book was the main reason I jumped into teas last year, having thought about it for years after Dr Ingham. Teas or "soil soup" are also mentioned glowingly in the excellent books "Dirt: The Erosion of Civilizations" and "The Hidden Half of Nature: The Microbial Roots of Life and Health". Nobody extolling these teas has gotten all neurotic about cleaning application equipment to laboratory sterility --- at least, no one's said so!
show more
1 year ago
composting
composting eggshells...and eggs...

Interesting, for the birds? What do oyster shells do for them?
show more
1 year ago
composting

Sluggo...IS BAD??!?
Mike, I did exactly that with the dedicated snips all last year. Except I used surgical scissors because they're easier to carry...I made a sheath for them out of gription (inner tube rubber), a belt hanger and a paracord toggle, so I could carry them at all times, every day. It was the only tool besides my key loop that I carried at all waking hours. I killed and killed and killed, and killed! Killing was done by me. I did kills.

I made a killmountain. A Killimanjaro, if you will. And it did nothing!!! Except probably enrich the soil.

I lost burdock, lettuce, squash, cucumbers, strawberries, beets, ulluco, the list goes on. I've NEVER been able to grow carrots. i made Sluggoo biodynamic tea, which worked but requires militant discipline in application. I wrote a thread about it on permies because it smelled so much like manure tea, and believe that it had a fertilizing effect on some snap peas I tested last year. This year I will be trapping the slugs rather than hunting them.

Every year I turn up my slug control efforts; I'd say they take up 20% of my time right now. I'm only considering Sluggo because it's effective PASSIVE control...I want my time in the garden back! I have no compunctions about killing; i think of it as "correcting", because I am trying to right an imbalance created by humans. And anyway, nothing really "goes to waste".

i also have Helix aspersa and pomatia in my gardens, and I certainly don't want to kill them except with some butter and garlic.

I bought some Slug-X beer traps, made in the UK, and will be using those. They claim to catch up to 50 slugs before maxing out, and they are obviously rainproof, unlike some other beer traps. (I'd been looking for the Oregon Slug Trap, but this one looks bigger.)

show more
1 year ago
gardening for beginners
"How to Make a Forest Garden" establishment questions
Thanks Brian, I hadn't thought of that -- which is funny considering broken hot tubs are free here all the time. I might have to agree to haul it off and dismantle it, keeping only the tub, but that's a great project one notch up from the tire pond!
show more
1 year ago
forest garden

Sluggo...IS BAD??!?
R Ranson, unfortunately looking after more animals is too hard for me. I had ducks before and would love to again! Indian runners, though next time I might get a drake. The poor girls were all confused without that big pest.

I am currently thinking to up the biological controls again this year, rather than turn to science & manufacturing. The oat bran sounds really exciting, but I wonder if it would work in a 90-100% humidity environment. Hygroscopic materials fare poorly here.

But I will try anything, especially considering Skandi's note that hitting them early is key. I've never done that.

What makes me laugh is where science and permaculture miss each other in the night: Sluggo kills slugs eventually, and snakes eat slugs, so what happens if a snake eats a Sluggoed slug?
show more
1 year ago
gardening for beginners