Coexisting with free range chickens in your vegetable garden
For the first couple of years I raised chickens, I tried to let them free range in the garden. I'd put fences and/or netting over anything I didn't want them to kick up and eat. They made such a wreck of my garden, they would find ways into the fences and through the nets with frustrating regularity. Over time we found that fencing the actual annual vegetable garden was the only way we were getting any veggies. My partner would jokingly suggest taping their feet to cardboard might keep them out of the garden. We wasted a lot of money time and effort into growing crops that the chickens would only eat or destroy long before they were ready to harvest.

Over the past few years we have put in 2 tall fenced garden areas, about 2000sf total, with a bit more to fence in the near future. We rotate our crops and planting times so we can section off garden areas for the hens to work, and protect the rest of our crops. We do let them into the gardens if we are going to be in there with them supervising.  The tall fencing has worked a lot better then letting them range the garden at will. I really love to let the hens into a section to clean it up and watch them get to work.

Born to be free – why we decided for homebirth
I'm happy you found a birth center, if you can't do it at home, it's a much safer alternative.

If you find yourself in a hospital, remember this question to ask any doctor that is trying to force and intervention on you."Is my wife or the baby in any immediate danger." If the answer is No, then you can insist to wait before using an intervention. Often this means they won't ever get to the intervention. Another thing to do is be certain labor is really active before going to the hospital. In the US many hospitals expect the birth to be done in 12 hours. If you come in early and the labor is only getting started there is a good chance the travel to the hospital will slow things down. Some hospitals will send you home to come back when labor is in full swing, but many US hospitals will just start right there with the interventions, and frequently it will end in a C-section.

I had a home birth with my daughter. I wouldn't want to do it any other way. The cats were even in attendance and my senior cat decided to help lick my daughter clean. I didn't do a water birth, because my 96 year old home didn't have a floor I'd trust with a birthing tub. 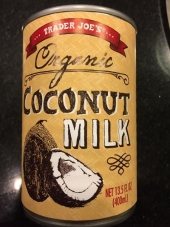 Share healthy gelatin snack/dessert recipes
Personally, I only use powdered gelatin for making knox block shots, which are knox blocks made with alcohol. Of course for this purpose I use knox gelatin and jello, because I only make them a handful times each summer.

At home we make gelatin with pastured pigs trotters or grass fed beef knuckles, but we mainly use it for stock.

For gelatin snacks and foods, look for cook books from the end of WW2 until about the 1970s. Gelatin was really popular for making all sorts of dishes. You might even want to look for a gelatin mold or two, fun shapes could help with appeal for a child.

My mother used to make a tomato aspic every christmas, that had loads of gelatin in it, with tomato juice, celery, green onions, and salad shrimp. It wasn't very popular, but this was getting into the 70s when I had it, and I was pretty small. My older cook books have plenty of similar recipes. I don't know if these gelatin dishes will please a young person, but it's worth a try.

Winter Squashes: What are their flavor profiles and uses?

S Tonin wrote:Moyra, how long do you let the seeds sprout before roasting?  I really like powdered roasted lentil sprouts in breads and soups, so I'm definitely going to have to try this.

Haven't been too scientific about it, we usually let the seeds soak overnight for sprouting, then add a bit of salt to the water, then a couple of hours later remove from water, dry them off a little, then roast in the oven. The sprouting makes the seed shell easier to eat or peel off. If they aren't sprouted they shell can be too woody to eat. We aren't soaking them long enough to get proper sprouts, but we usually look at squash seeds as a snack to munch on like nuts. I had never even considered making actual sprouts out of them, I have no idea how that would work, but it's worth a try.
show more
4 years ago
cooking
What to do with unripe figs?
Figs don't ripen much once they are picked, so they are not like a tomato in this. I find that if the fig is partially ripe, that they can be dried just fine. The flavor won't be quite as intense as the truly ripe dried figs are, but they are still pretty good.

I don't have any suggestions for the truly green figs, except are you sure the "green figs" aren't figs waiting for next years early crop? Is your tree and ever bearing fig or a 2 crops a year tree

I have 2 fig trees, one an ever bearing fig, it sets fruit in late spring/early summer, starts bearing in mid July and keeps going until the weather gets cold and rainy. The other fig has 2 crops a year. The first crop in early July is the overwinter crop, these figs set their crop in September/October, with new figs popping out all over the tree. If the winter was mild some rather large figs and lots of small of figs will hang on this tree thru the cold and finally ripen in July. A cold winter can kill off a lot of my over winter crop, which is the draw back of this variety. The second crop is the fall crop which ripens in late September and can run well into October. The fall crop figs set their fruit in spring and summer, and this fruit is more prolific, but sometimes the weather turns wet and cold before they ripen.

I guess the thing to do is to figure out if the figs you have are just a little late to ripen this year, if so, then I'd try the recipe up the thread. I your figs are a long way from ripe, then leave them on the tree for next summer and hope for a mild winter.

Winter Squashes: What are their flavor profiles and uses?
I love winter squash, both growing and eating.

Living in western Cascadia, my favorite winter squash is the Oregon Sweetmeat. It has the sweetest flavor, and an excellent smooth texture. It is a Maxima (Hubbard) variety, so it has a thick skin and is hard to cut, but the flavor is worth the trouble. We grow it every year. usually we either roast it whole and use the puree or we cut it into quarters and roast a quarter, scoop it out of the skin and eat it with butter, salt, and pepper. I also like it with tomato apple chutney, sun dried tomato pesto, gravy, or spiced pear sauce to name a few examples. I have plans to give a couple of them to a local brewer on a prolific year to make pumpkin beer, because it has a high enough sugar content. It does grow enough of a seed cavity that there is room for stuffing, like with chunky rice pilaf, but put the filling in hot or baking will take forever. The seeds of this variety are good to eat especially if you sprout them before roasting.

This year wasn't the most prolific for Sweetmeat, usually, if we get them in in a timely fashion we have more then we can use, but this year we didn't get the excess. This is the second year we are trying Carol Deppe's reselected Oregon Sweetmeat variety. We are liking the flavor and texture, but it doesn't seem to produce as prolifically as other Sweetmeat's we've tried. We've had cool springs/early summers the past two years, so that might be why we've have had smallish crops. It's a long season squash, and some of the fruit will be huge, like 15lbs. or more. You can freeze the baked puree, so you don't have to bake a whole squash every time you want 2 cups worth.

Another winter squash I love is Marina Di Chioggia which is a Maxima type. It has a flesh that is sweet, musky, and has a deep richness that makes it excel at savory dishes. I wouldn't use this one for a pumpkin pie, or pumpkin bread Sweetmeat is much better for that, but as a filling for ravioli, in a shepherds pie, or in a curry, Marina Di Chioggia is amazing. It has a really bumpy skin so it's easiest to just roast it and work from there. The Seed cavity is small, but the seeds are good to eat if sprouted before roasting.

Sometimes I even makes baba ganoush with winter squash, just use squash puree instead of eggplant. Winter squash is good stuff, good luck with your new diet and adventures in squash growing.
show more
4 years ago
cooking
Dioscorea - Cinnamon Yam - not flowering?
I've grown Dioscorea for many years, but I've only had it produce aerial tubers a couple of times in more than a decade. My Dioscorea is in a warm very dry spot on the south side inside the drip line of a large fir tree next to a big fig tree. It flowers more often then it develops aerial tubers, but the vine doesn't even come up every year. This year I didn't see any growth on it, but this summer was rather cool. It often comes up big on years after it was a no show, and it seems to do better in years with warmer springs. The spot it's in is really dry most of the year, so I know I'm not getting optimal growth out of it. I plan to move some of it, but I haven't decided on a new location. I sort of planted it as an optimistic curiosity shortly after moving in, then mostly left it to it's own devices.

I haven't spent a lot of effort with the plant over the years, but a couple of times I've gotten huge numbers of aerial tubers. Some folks miss the blooms because they are so tiny. The flowers are tiny pale balls about the size of a seed bead, but they smell amazing. The aerial tubers look like itty bitty potatoes, ranging in size from a dried pea to a large hazelnut.

A former neighbor of mine did a lot of work on perennial vegetables when he lived in my neighborhood, and he ate the ariel tubers, leaving the big tubers in the ground. He has a blog from his days in the PNW and he mentions Cinnamon Vine, but doesn't go into great detail about it. If you search his blog you'll find a bit more info.   http://farmerscrub.blogspot.in

My Dioscorea is planted in the ground, so I don't know if being in a planter helps or hinders the vine. My vine, on good years, will turn into a massive sprawling vine that tries to take over the fig tree, so they can get quite big in optimal conditions.

I'm in Zone 8, but my yard is a bit of a cold patch on a north facing slope above the Columbia River, with gorge exposure.