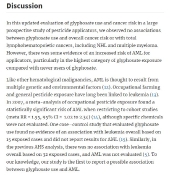 Large U.S. farm study finds no cancer link to Monsanto weedkiller
This is interesting, but I'll reserve judgment until I see who financed it.  Many industries support "studies" that are biased in some way, or if it's unflattering, it gets squelched.  Case in point--CDC study showing link between vaccines and autism in african-american males.  Almost didn't come out.
show more
2 years ago
ulcer factory
Grubs in Chestnuts
Thanks everyone, it seems these things might be fairly common.  I'll dig up some entomology books and track these suckers down.
show more
2 years ago
trees
Grubs in Chestnuts
I recently grabbed a few chestnuts from a couple of large Chinese Chestnut trees in my home town.  Great looking trees and huge chestnuts.  Put most of the seed in moist sphagnum moss and pitched in the refrigerator.  Had about a dozen left over after filling several bags and put these leftovers in a seal plastic container. also in the refrigerator.  Opened it a couple weeks later and found that a couple dozen white grubs had exited the chestnuts and were at the bottom of the bowl. Grubs are about 1/4" to 3/8" long and fat, like a well fed maggot.  Examined the chestnuts and found the small holes that they had burrowed out of.  Looks like 50% of these chestnuts were infested.  Has anyone seen anything like that with their chestnuts before?

I have several Dunstan Chestnut hybrids planted and oldest ones are only three years old, so not many chestnuts yet. I will be sprouting the seed from these chinese trees indoors, and I'm sure I can find the ones that haven't been effected, but if they are something really obnoxious, I might just burn all of them.
show more
2 years ago
trees
Perceptions Vs. Reality--I thought more people were cooking/being self-sufficient/etc...
Hi Nicole,

Everyone's posts gave me deja vu several times over.  Most young people are beyond clueless, there needs to be another word for it!  Brainless doesn't quite fit, but I'll work on it.  I've met several young people that don't know how to peel a potato, or that a french fry is a potato!  Unbelievable.
It' really is like knowing how to spin gold!  Twenty years ago when my kids were young, the would have friends over and I can't tell you how many didn't know how they liked their eggs.  Or how to make pancakes, I mean come on!  When I asked one girl about how she like her eggs, she asked what I meant and after explaining it to her she said "Oh, you must mean fancy cooking. We don't fancy cook at home."  I fell over!  If cracking an egg into some butter is "fancy cooking"  I knew I was in the twilight zone.

I have a sad longing in my heart for a world without electrical power, but then I think of all the young people that would die because they didn't know you could eat a potato, and I don't wish for it quite so hard.  Although it would be interesting.......
show more
2 years ago
meaningless drivel

Chickens In The Garden
You've gotten a lot of good feedback already so I'll try to keep this simple.

Although it does depend on what you're growing, in general, you probably want to keep your chickens out of your annual garden until you are done with the harvest.  After that, by all means let them in and they will help clean it up and fertilize it for you.  If you let them in while young plants and veggies are still growing and ripening, they will destroy it!  It would be nice if you could let them in to catch tomato horn worms, but you can't unless you want all your tomatoes pecked all over as well.  Also, free ranging through a garden will not drop enough chicken manure to burn your plants, unless maybe you have twenty chickens in a 5'x 5' space.
If you want to use the old litter and manure from the coop to fertilize, clean it out in late fall and put the litter around your plants.  It will cool down over winter and you'll get great plant growth the following spring.

Again, you'll have to fence in every plant if you want them in your annuals before harvest.  Perennials like berries and bushes are tall enough to escape damage, but young perennial plants can be damaged so use caution.  The easiest thing to do is just let them in after harvest.
show more
2 years ago
composting

Does deep litter work in the extreme cold?
Hi Mike,

It's hard to say for sure, but 4-5 inches since late spring (May I'm guessing?) seems very shallow to me.  Don't know your number of chickens, or the floor dimensions of your coop, but here's how I do it.

Two  coops, each 8'x 10' floors.  Almost sixty lineal feet of perch in each.  Number of birds varies in each coop, from 20-40.  Right now 32 in one, 38 in the other, some are young.   I start with at least a foot of litter each time I clean the coops.
I throw in an inch or two of litter just about each week, either wild collected grass and leaves, or store bought hay or pine shavings if I'm running low on time.  Scrape the perches and sprinkle a little bit of DE.  Every four months I pull all of it out.  Usually is about 2-3 feet thick.


I do the final cleaning in late October and put in a foot of new litter and just keep adding until a warm March day. I spread this around everything that I want to grow better in early November.  A little less on younger plants, but chicken mulch isn't super hot, so you can put quite a bit on. The May and June cleanings I put under a tarp and save for fall.  Never really had any trouble with freezing.

I think the biggest key is getting layers of litter down between manure build-ups.   That way you're alternating on a regular basis and the result is damn good fertilizer.  The litter you use isn't really an issue as long as it's biodegradable but I don't like to use pine or cedar all the time because they take a long time to break down.  Now, don't get me wrong, after four months, the stuff on the bottom does not look like soil.  I've tried going longer and using more moisture but you still won't get potting soil, just a rotted floor or walls and higher ammonia levels.

I look at like this, the first job of coop litter is to keep the coop sanitary.  I don't know of anyone who get what I'd call "composted" material out it, but a little of the nitrogen heat from the manure has subsided and the plant matter in it helps suppress weeds and provides future fungal and bacterial fodder to develop around the plants you use it to fertilize.  My blackberries were only so-so before I started putting this stuff under them.  Now I can't control them.

Hope this helps!
show more
2 years ago
chickens
Preventing lawn grass from invading hugels
If you have good fertility, clover should trump most grass.  Just don't let the existing grass get tall enough to go to seed.  Clover can be cut a few time a year without losing ground, but there are certain wild plants that will out compete it.  Mowing or scything keeps them and the grass down.  Also, seed the clover a little heavier than the recommended rate.  If you see the clover losing ground to the fescue, do as Daron suggests and spot mulch.
show more
2 years ago
hugelkultur

What is The Future of Farming?
Hi Luigi,

Yes, it's possible to transition to something better, but no, Big Ag won't do it and the individual farmers here in the US are afraid to make the switch.  Let me explain.

For the record, I do not farm on a large scale, but I have lived virtually all my life in a large farming community and still associate everyday with farmers.  Around here farms are measured in thousands of acres.  Farmers have been indoctrinated into a system that they don't see a way out of.  Much like in the video, Big Ag's emphasis is on genetically modifying, increasing and developing new pesticides, and to rely on petroleum to gain yield.  No revolutionary ideas are allowed because most of them don't profit Big Ag.  They have all the money, and the farmers I know are afraid if they vary from the plan by even the smallest amount, they will suffer a large financial set-back.  I have even spoken to some of them about trying a poly-culture silvo-pasture experiment, but they are so heavily indoctrinated that they won't even try it, even as they complain that they aren't making any money at what they are doing.

You have to remember, until recently, cover-crops weren't even a consideration. They would just dump more anhydrous ammonia on it. But even that doesn't work when the soil dies.  Now you see a few farmers trying to revitalize fields with turnip plantings, but all of this is going at such a slow pace, it will be years before they will finally make the change, and by that time, it will probably be to late.

You can lead a horse to water, but you can't make him drink!  As has been said in the previous posts, these farmers are visited all the time by large corporate conglomerates that push the newest herbicide, etc. It's a cult and you don't leave the cult.  There are a few of them that instinctively know that something isn't right, but  until they see the farmer next door doing it and being successful, not much will change.

Our mono-culture, petroleum food system is very fragile and it frankly scares me to death to think about it sometimes.
show more
2 years ago
large farm