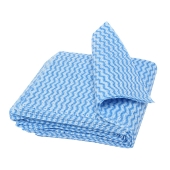 Small Hive Beetle
I rebuilt my hives with a beetlejail on the entrance and with #6 screen across the entire floor on the hive over a oil filled tray to kill any beetles that go through the screen to escape their honeybee pursuers.  Hopefully these modifications will keep the bees from being overwhelmed by future hive beetle onslaughts.  The problem is that the bees can’t kill the beetles, all they can do is harass and corral them into the far corners of the hive and maybe propolis them into the cracks.  So if enough beetles can enter the hive over a short period of time, then the defenders get overwhelmed and other hive duties get shortchanged as those bees get pulled onto beetle patrol.
show more
1 month ago
honey bees

Small Hive Beetle
For the past 6 years of beekeeping, small hive beetles have been a minor pest, on which I would use a small hand vacuum to suck out the 5 to 15 hive beetles I would find when I did a bi or tri-weekly hive inspection.  But this past summer, in late June, following a cool, wet spring, I went from a hive inspection discovering the usual 6 to 12 beetles in each of my 3 hives, to coming back two weeks later to find three absconded hives with 100’s of beetles and their larvae in a slimy mess of collapsed honeycomb.

At the same time the local bumblebee and yellow jacket populations took a dive and both were no shows for the rest of the summer.  Bumblebees were almost nonexistent on the squash flowers for the rest of the summer, but made a slight recovery in late fall with about half dozen seen on the fall camellias.  But yellow jackets and honeybees remained rare with only 4 yellow jackets and 6 honeybees seen all fall, a time where I would normally see dozens of yellow jackets around the hummingbird feeders and dozens of honeybees on the fall asters and goldenrod.  This spring, on our first 75 degree F day with the henbit and dead nettle in bloom, there was not a single honeybee to be seen.

So it looks like when environmental conditions are optimum for beetle reproduction, they can buildup to numbers that can invade, overwhelm, and destroy even a strong colony in a matter of a week or two and also invade the underground nests of our native bumblebees and yellow jackets, but don’t bother the arboreal nests of paper wasps or bald faced hornets.
show more
1 month ago
honey bees

Name. That. HOMESTEAD!!!
We called our farm “Bright Lake Farm” because, at the head of our long driveway in the late afternoon when the sun is low in the sky, you can see the bright reflection of the sun shining off the surface of the lake on the farm blazing through the dark forest.
show more
3 months ago
homestead 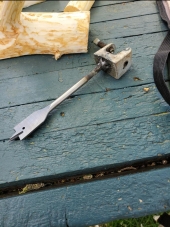 Adapt improvise and make a tool!
I needed to prune some branches 30 feet from the ground, so I cut a pole from one of my bamboo groves, drilled 2 mounting holes in the bamboo, then removed the saw blade from my 12 foot pole pruner and used 2 bolts and nuts to mount it on the bamboo pole.  Works great.  Since the saw blade was so far away and a bit difficult to see when manipulating it from the other end of the bamboo pole, I deliberately used overly long bolts when mounting the saw so could easily spot the bolts sticking out to know how the saw was oriented when making the cut.
show more
4 months ago
gear 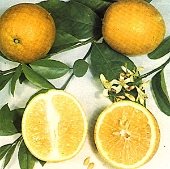 Cold hardy citrus trees
Due to predicted lows of 22 degrees F, I harvested all of my Yuzu crop and most of my citrumelo crop (left some fruit deep in the tree’s interior to be picked later).  Result; two wheelbarrow loads of citrumelos and a bucket each of Yuzu and citranges.  Used one of those long handled cut and hold pruners to pick the fruit, making harvesting fruit from the thorny tree a much less painful process than if I tried to hand pick the fruit.
show more
4 months ago
fruit trees

Cold hardy citrus trees
I won’t have any seed until I start harvesting the crop later this month.  The citrumelo cultivar is Dunston.  I have 2 foot high, 1 year old citrumelo and Yuzu seedlings, but I’m not set up for shipping plants.
show more
5 months ago
fruit trees

Cold hardy citrus trees
Citrumelo and Yuzu crops are coloring up nicely and will be harvested before the first severe frost.  Citrumelo tastes like a tart, early season Grapefruit and makes a refreshing  “lemonade “ that tastes like a cross between grapefruit juice and lemonade. Yuzu is used as a lemon in cooking and is great on fish.
show more
5 months ago
fruit trees

What squash climb the best?
My sheep will eat the immature fruit whenever it grows out into their pasture and will sometimes eat the leaves if we have a summer drought and the grass in the pasture isn’t growing.
show more
6 months ago
gardening for beginners