having woodstove outside and vented inside
A great deal of the joy of a wood stove is radiant heat, your plan sends all that lovely radiant heat into an essentially unused block house and reduces your wood stove to the brutal inefficiencies of convective heat.

The make a "wood furnace" that does exactly what you talk of, and ties into your existing circulation system, they are raging expensive...and horrific efficiencies attend, as they do with any convective system.

An outdoor boiler uses wood and at least heats the mass of water, water can be piped to a heat exchanger placed under the filter of your existing system and blown throughout the house, piped to wallboard (convective) units, sent to underfloor (or add on overfloor ) radiant piping, or piped through rock or cob mass for radiant heat. an outdoor boiler can handle the burden of domestic water heating and relieve the heating burden of a clothes dryer.

Finally if you have a "sliding glass door" could you create an alcove for your heater leaving your floor space unreduced you stove outside the structure, and still harvest the benefits of the radiant heat, the storage mass of the steel and firebrick, as well as lose the heatsink of a large expanse of glass?

Sand in ground water and well casing
As an interim solution a plain old sand filter will polish your water and remove the fines,

In use, the water is ran through the filter as slowly as possible to adequately supply demand, another pump is required from the bottom of the vessel to inject the cleaned water to a pressure tank, and from there to the rest of the system, a common 5 micron whole house filter installed before the pump is used as a final polish. When flow begins to diminish, clean the prefilter and scoop the accumulated muck from the top of the cleaned sand, and replenish the sand as necessary, the whole house filter should be changed yearly.

Obviously the fines will filter down through the system over protracted use and the sand filter will have to be rebuilt periodically, as determined by the quantity of sand caught in the whole house filter.....but usually the sand filter will last several months to several years depending on the fineness of your muck.

A sand filter needs to be kept in a dark area to discourage the growth of algae. If kept wet constantly via recirculation (when no demand is required) a healthy bacteria culture will form that aids in breaking down undesirable toxins.
show more
4 years ago
wells and springs
importing durable goods
Thanks for the reply, I didn't know there was such a thing!

My house has sprung a leak! HELP!!!!
For bang for the buck PEX cannot be beat, PEX will freeze and stretch and thaw and reform to its original dimension.
If you have to replace pipe I recommend replacing it with PEX and replace the entire system as possible.
Pex allows foolish extravagance with marginal maintenance temperatures without a mistake becoming a consequence.

For what its worth I prefer the Wirsbo system to the Sharkbite or the copper rings, but the equipment is even more expensive, however....they will last a lifetime....
Wirsbo is problematic in cold weather, in that, extra time / heat must be allowed to facilitate the rings shrinking back to their original diameter.

CPVC is intended for hot water as its stable to a much higher temp than PVC.
PVC starts to off gas chlorine and break down the structure at high enough temps
Poly pipe is inadequate for hot water as it swells too much and renders fittings marginal
ABS is not approved for potable water.
PEX is stable at all household temps. PEX is also excellent for air piping in your shop as well as a reasonable low cost solution for in floor heating
show more
4 years ago
plumbing

Getting electricity directly from the soil
In the early days of telegraph they would charge the batteries via a ground system,
A ground rod would be driven and an insulated wire attached and ran for a couple of miles, generally the wire was supported just a few feet above the earth, finally another ground rod was driven and the difference between the line and the new rod would be adequate to charge the batteries.

For an example NIFE batteries from China?

The cost difference is beyond remarkable, I assume tariffs will even the scales?
show more
4 years ago
meaningless drivel
Looking for info on a few different micro hydro setups
An overshot wheel is a system that uses dead weight as a motive force, while the overall velocity and volume are important the work is accomplished by little more than weight.
An undershot wheel uses velocity and surface area as its motive force.
A Pelton turbine uses velocity and pressure to move, its tailored to a specific load at a specific pressure.

For heavy work as a prime mover nothing beats an overshot wheel if you have adequate flow,
Generators need to be geared to make up for the low rotational speed or manufactured to low speed standards, but an overshot will act as prime mover for sawmills, gristmills, lathes, or any other heavy application.
An overshot wheel can be built by any competent wood worker or fabbed from aluminum or sheet steel. The taller the wheel the more torque, the larger the bucket the more torque depending on the streams ability to fill it.

Undershots are a desperate compromise when there is inadequate fall of the land. Still beats paying for power!,
Once again the taller the wheel the more torque, and the larger the surface area of the sails the more torque.

Pelton Turbines are a highly engineered solution, just enough for the required load, wonderfull machines but near impossible to repair with low tech / 3rd world resources, best options are nut and bolt replacements, and buy spare parts when your wealthy cause they will wear out.
Peltons are easy! Write what you want on the back of a large enough check and some clever guy will deliver it to your door!

Finaly there is a "vortex" system that drops high volumes of water over a very short distance, there are lots of homemade efforts but for reasonable efficiencies they are once again an engineered solution.
show more
4 years ago
hydro
Looking for info on a few different micro hydro setups
For small (battery centered) systems Google "Harris Hydro"
If you have adequate year round flow Google "micro hydro" for larger units.
For the standard profligate American family 25 /30 kw (roughly 100 amps) will run everything (perhaps not concurrently,.... but probably with one or two people)......including ovens, water heaters, furnaces, etc.
If your extraordinarily wastefull, (3000 sq ft house, 5+ people, metal fabrication shop...), than run a load calculation on your ideal home and buy accordingly. (A 400 amp service at 240v has a potential 96kw)
show more
4 years ago
hydro
Trying to make a better page for the PDC and ATC video - a little help please?
Contractions are hell.
For instance I attempted to post this note with the contraction for "in my humble opinion" and the bot stopped it....
PDC and ATC were comprehensible to me only after several days of deliberate browsing. For driveby browsers they are as meaningless as military jargon
Nothing about that title piques curiosity, from the unlearned, and it warns from the outset that this is a money making effort not an educational free for all.
Perhaps a less pithy description, of the individual courses, and after the individual prices were announced a link to the collections would net more voracious browser.

Also the price may be reasonable....but for an apple to apple comparison Mother Earth News sells a flash drive with a compilation of 47 years worth of articles for $29.99....... no they are not videos, but they're relevant, homegrown, unpretentious, and effective. Over 20,000 articles mostly hands on, and how to.
Carla Emerys tome can be had for as little as  $15.00 used.
Mittleider's original publishing can be found for $5.00 on used book sites, his more modern disciples publish freely on the internet.

$29.99 - people buy out of curiosity, Even if the value received is marginal people don't mind the loss of less than $30.00
$49.99 + people expect returns.
$100.00 + its a wealthy person daydreaming of creating a personal utopia. or an already dedicated devotee. 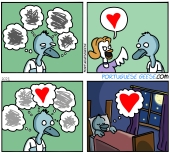 squishy math for building community
So...

Most people leave intentional communities out of frustration and exhaustion and mental fatigue.

Religion, (of the Jim Jones variety), creates an "us vs them" mentality that overcomes all three, perhaps not indefinitely but for extended periods.
Religion thrives on persecution.
Even artificial self imposed persecution.

So far the best system for a community is:
Personal possession of involved assets.....keeps people from walking away lightly.
A community that declares sycophants "ick" and establishes firm boundaries, checks and balances, on the leader of the moment.
Frequent turnover of the leader of the moment.
A no work, no eat ethos that declares dead weight "ick".
A dignified escape hatch for the spare driving personalities.

The failure of most communities starts with few of the  "driving personalities" or benign dictators, will abide the previous paragraphs restrictions.
Most communities are stillborn as leaders demand cult like adherence to there edicts, or they walk away and the "driving force of the community" is dissapated.
show more
4 years ago
intentional community