(currently closed) Recipe testers wanted for cookbook (can be anywhere)
Hi Kate,
This sounds awesome!
Please add me if you still need more testers.
I'm in the UK.
Thanks,
Antony
show more
5 months ago
volunteer offerings

Permies in the UK
Hi, I'm in Newcastle upon Tyne, England, recently moved back here.  Is there anyone nearby?
Cheers,
Antony
show more
1 year ago
uk and ireland
Book review - The Sun Betrayed
Hi, thanks for the welcome!
show more
1 year ago
alternative energy
Book review - The Sun Betrayed
Hi folks, I'm new here.  I'm a beginner - I've been to a few WOOFs, that's about all.

Nonetheless, in the interests of making a contribution, here are some notes on a book I just read, which I thought might be of interest to folks here.

The Sun Betrayed,
A Report on the Corporate Seizure of U. S. Solar Energy Development
Ray Reece, 1979, 234pp

Written in '79, this book provides a window into the story of renewable energy through the 1970s.  It begins with the aftermath of the energy crisis of '73; Congress passes the Energy Research and Development Act (ERDA) the following year, to fund R&D in such fields as solar, wind, and biomass energy.  Included in this is a clause dictating that significant R&D money be directed to small businesses, on account that innovation, and small scale, decentralized solutions would be of value.  For the next two years, many hopeful entrepreneurs, inventors, and risk-takers developed and put forward their plans; by '76, their optimism was worn out.  "Not just skimpy, ill-defined ideas were rejected, but proposals . . . so brilliant in concept as to be virtually failsafe, effective, economical."  Meanwhile, "millions upon millions" in funds went to precisely those energy giants many felt were at least implicitly culpable for the crisis of '73.  [p3]

The first chapter opens with the story of Crystal City, Texas, in '77, where a dispute arose between the area's gas supplier (Lo Vaca) and the local government, over prices.  "[W]hile awaiting the outcome of further lawsuits, angry municipal officials simply stopped paying Lo-Vaca's higher charges, reverting instead to the price in the contract of 1963."  [p9]  In response, the energy supplier ultimately "turned off the faucet" for 8000 residents, beginning in September.  Residents were forced to collect wood to keep warm through the winter.  The story escalated to a nationwide issue.  On the local level, it proved an opportune testing ground for alternative energy.  The area was poor, and populated by seasonal labourers.  Two technologists - former professors - sought a grant for $80K to launch a program for solar installations and training.  "What [they] needed was haste, good faith, a willingness to waive red tape . . . .  [instead they] were subjected to a laughless comedy of errors, internecine bickering, and bureaucratic myopia."   The federal government made $310K available for the crisis, a mere $3K of which made it to the technologists.  They made a successful pilot program, applauded by the residents - and then the faucet was turned off for them too.

The author comments that this is a microcosm of the federal attitude towards alternative energy: all talk and no action.  Meanwhile, Carter's "New Energy Plan" of 77/8 committed the US to nuclear energy, requiring future investments of $6000 billion+.  The control exerted by interlocking corporate giants and government bodies is evident.  For instance, the new Department of Energy (DOE) was headed by James Schlesinger - former director of the CIA, former director of the Atomic Energy Commission, and Secretary of Defense under Nixon and Ford.  [p13]

What role might alternative energy have played if appropriately funded?  Solar technologists claimed that as much as 40% of the nation's energy needs could have been supplied by solar by 2000; a study by the White House Council on Environmental Quality confirmed that if all efforts were made, a massive 25% was possible.  [p14]

So what happened?  Optimists expected much of ERDA's funding to go to small, innovative businesses, but in reality, they got just a few percent, the rest went to aerospace companies, utility and manufacturing giants, governments, and universities.

The author follows with a detailed examination of the revolving doors between the corporate oligarchy and ERDA and the like.  While this section is hard going in places, it makes for a solid case.

Later chapters look more closely at innovators and the barriers they faced.  The bias in ERDA and the like was clearly for large, centralized projects.  It seems that the bureaucrats involved in funding decisions were not merely biased, but suffered from a huge blind spot.  "Big is beautiful, and small scale couldn't work."  Excellent, demonstrable innovations were shut down by bureaucrats without the imagination to understand their potential.

Looking at this in 2019, I can't help but think of the controversy in recent years over wind farms.  Even some environmental activists have changed sides, because of their inefficient use of area, the fact that they kill rare birds, etc.  Is this - the centralization of wind energy - a consequence of the bias previously mentioned?

Of the above listed beneficiaries, universities sound all right, though a source states: "The 'problem' in solar energy is not a 'basic research' problem:  we don't have to re-invent the wheel.  We don't have to have college professors tell us . . . that solar energy is a workable system . . . . The 'problem' in solar energy is one of moving a simple, long-proven technology out of the laboratory into the marketplace, and that is best accomplished by small private enterprise."  [p77]  The source of this statement is a PhD.  The argument he makes is that while universities excel at analysis, it is the private sector that excels in innovation and implementation.

Another issue is this.  To turn Tacitus's famous question around, who loses?  Who loses if solar, wind, biomass, etc. suddenly take a chunk out of the energy market?  Obviously: the coal, oil, gas, and nuclear sectors.  That isn't news, but bear in mind that most of the R&D money went to established companies involved in these sectors.

Another bias is the idea that the energy needs of a country must be supplied by some utility.  The energy must arrive at the consumer's home in the form of gas or electricity.  The other approach is to generate or collect energy at the point of use, to directly achieve its intended purpose, e.g. by heating water directly from the sun at the place where it is used.  This approach is called "soft energy".  Again, who loses?  Energy utility companies.

Have you ever thought, "Solar energy is a great idea, but it's very expensive, and it takes 20 years to get your investment back"?  Me too.  Well, that was the reality for the consumer, at least until fairly recently.  It's clear from the book that this view and outcome was manufactured by the very companies that benefited most from ERDA, and yet had the most to lose.  The book makes clear that a concerted effort was made to damn alternative energy with faint praise, and worse, coming directly from those who claimed to be committed to R&D in this sector.  Some of these beneficiaries made "demonstration homes" showcasing some ideas, but in such a way as to make them seem unaffordable long term investments, only for eccentrics in the upper middle classes and beyond.  However, even in the 70s, far superior systems had been created requiring a low initial investment, and giving a fast return.

Another view is that green energy is in its infancy, it's required an inordinate amount of funding for a meagre return; old energy may be dirty, but it's the only thing we've got that works economically.  Well, contrast that view with this: according to a study in '78, the total government funding of oil, gas, coal, and nuclear since 1918 equalled at least $133 bn, versus less than $1 bn for solar.  [p134]  Thus the solar sector is a beneficiary of less than 1% of government investment in this time, and much of that is lost due to the conflicts of interest already described.  So much for welfare scroungers.

The book has some uplifting examples, for example, an embattled group of tenants in a ghetto in New York formed a collective, and bought up a burned out shell of a building.  They renovated it themselves, and with some assistance, were able to become energy independent, using a solar collector and a small turbine.  The energy aspect of the project paid for itself within 7 years, proving that a poor community in an inner city at a less than ideal latitude can make energy independence work, practically and economically.  If it was possible for them, it is possible for most.  Other examples include favourable and realistic economic plans for everything up to providing for whole cities, which, alas, were never implemented.

All in all, the book gives a bird's eye view of some of the alternative energy innovations of the time, and the subterfuge that was involved in stealing, or at least postponing its future.  At the time it was written, the view was that existing fossil fuels were the "bridge to the future", i.e. they supplied the energy needed to make the transition to alternative energy before they became exhausted, or at least uneconomical, and the environment over-polluted.  Forty years on, are our bridges burnt?

One curiosity is that there is no mention of climate change in the book at all.  I was too young to remember much of the 70s, but this still surprised me.  Reading this book in 2019, the omission is unmissable.  In this, I actually find some hope.  Even if we take CO2 out of the equation, the reasons for converting to alternative energy remain compelling.  This book shows that the reasons against such a conversion are unsubstantiated.
show more
1 year ago
alternative energy 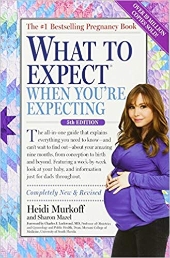 care to share first pregnancy stories tips and resources?
Hi Melodie,
Congrats on your pregnancy.  Sorry to hear your partner walked out.

If you're open to natural birth and alternative views on medicine, check out this podcast.  The doctor who made it is quite the rebel.