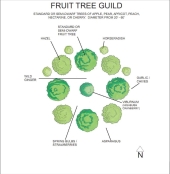 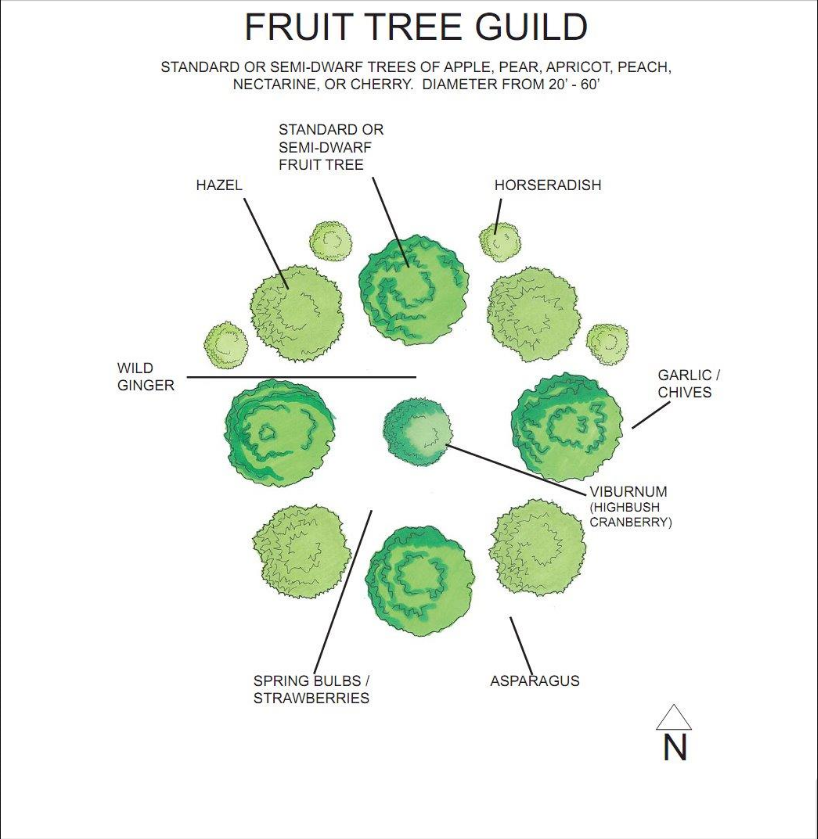 They've got Norway and White Spruce but are out of stock on 21-30 Norway and all sizes for White. I think Spring is when they're better stocked for evergreens.
show more
2 years ago
trees

Sometimes You Just Cannot Help Your Kids
I feel for you. I've got an autistic son with sensitivity, communication, coordination, patience/temper and focus issues that I don't think will ever allow him to be a typical member of society. I worry about what his life will be like when me and my wife are gone. He's got a younger sister and we moved to the Midwest to be able to afford some land and get away from the distracting rat race. I plan on having two dwellings, one for each of them and am hoping they'll both stay here and that she can watch over him but in the end, it's going to be a choice for my daughter.

Then of course we make these plans to help our kids but we never really know if we're doing the right thing as we can't foretell the future.
show more
2 years ago
kids
Rainwater collection and a composting toilet
We've been doing the humanure thing for 5-6 years now and we had the most awesome looking tomato plant come out of a previous year's pile. No wilt or other problems and even though it was mostly shaded there, it did produce tomatoes. I couldn't bring myself to try one though as I never have gotten around to getting a compost thermometer so I don't really know how hot the pile got, aside from the heat felt when giving it a stir to dump another load. I also haven't used it in our garden. I've been putting it around trees but a couple of those trees died, presumably because they were native trees and the overload of nitrogen killed them but they were also understory trees that were seeing a lot more sun due to me clearing trees around them, so that may have caused it too.

We do have a peach tree so I might try a little around that this year. Two of the piles are in a spot that is now a god pen and I must say, one dog just loves to lay on top of the piles. Nice and cushy I guess and maybe he likes the earthy smell. It's not due to warmth as the piles no longer gets hot.

I need to get a couple of compost thermometers this year. Even then, being that the piles never get turned, I wonder about the stuff around the outsides. I suppose one could turn them at the right time and not raise too much of a stink.
show more
2 years ago
composting
I unexpectedly have two accounts now...?
I've been waiting for weeks to be able to access my old account. Was told I found an actual bug and that it would be fixed in a day or two. Never heard anything more and still can't log in with my old account. I was hoping they could merge the accounts. At this point, I don't care any more.
show more
2 years ago
tinkering with this site

If one's definition of heirloom, is a variety that has been around more than 50 years, then it is a variety that is trapped in the past: It was ideal for a particular farm in a particular age. Current growing conditions are much different.  Years ago, I was growing varieties with a somewhat greater than average ability to naturally cross pollinate. That allowed my tomatoes to slowly move towards local adaptability.  Another option in addition to heirloom and hybrid would be modern open pollinated varieties.


Open pollinated is probably a better term as heirloom makes one think of a family heirloom aka antique. If you plant open pollinated tomatoes, save the seeds to replant for the next several years, saving only from the plants that produced well and didn't succumb to diseases, you have in fact changed that "heirloom" to fit your local growing conditions. So, no, not trapped in the past really. Selective breeding of the same variety is what you're doing and if it still has the same shape, color and flavor, it's still the same variety. If it's changed quite a lot, I guess you can call it your own.

That's why it's best to buy seeds from your region as the seed producer will have the same climate, pests and diseases to deal with and will already have selected for resistance, hopefully. I'm lucky enough to be within 100 miles of Baker Creek aka rareseeds.com and I plan to buy from them this year. If I was in New England, I'd buy from High Mowing Seeds in Vermont.

Hybrids don't really seem like a problem as long as we don't have some sort of societal collapse but selectively saving year after year is probably a more permie thing to do.(permaculture=permanent agriculture) That and seed trading.

We've lost corn almost completely. If things continue down this path, all food will only come from the big corporations. Imagine when/if all veggies become gmo.

I guess my point is, the more we rely on companies and their secrets, the further we'll slip into complete reliance on them.
show more
2 years ago
gardening for beginners

rainwater is safe to drink?
Most everyone in Hawaii harvests rainwater.
Here's their rainwater harvesting guide
https://www.ctahr.hawaii.edu/oc/freepubs/pdf/rm-12.pdf

Texas has one too
https://www.ctahr.hawaii.edu/hawaiirain/Library/Guides&Manuals/TX_Manual-on-RainwaterHarvesting.pdf

Gear thread apparently closed/locked?
I get no reply button on that thread.

HELP with design of my homestead in SE TN
I would keep #3 for growing as it's fairly flat and high and would get a long sun day if I'm looking at things right. You could put a pond to the right of that, near the top of that ravine. I think they call them dam ponds. They only have to scrape enough dirt out of it to build that dam which means very little earthworks/disturbance really. They do have to cut a key in with a backhoe, below the dam so the water doesn't infiltrate and blow the dam out.

Your terrain is real similar to mine. I have a high, flatish area down the middle with a ravine on each side of it and the terrain runs in the same direction as you. Mine's 8 acres though we just got the 7.5 adjoining it.

Also, constant flow of water = much hydro power. Of course, it might be a nice smooth flow until rain storms at which point it becomes a raging river. In that case, it's hard to do hydro because it will get demolished at times.
show more
2 years ago
homestead 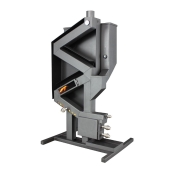 In Praise of the Pellet
Just looked at 4 of them that had highest ratings on HomeDepot and they all said wood pellets only, no corn. Doesn't mean you couldn't use corn but technically, it would void the warranty.

This one's an interesting design. They didn't try to make it look like a wood stove. 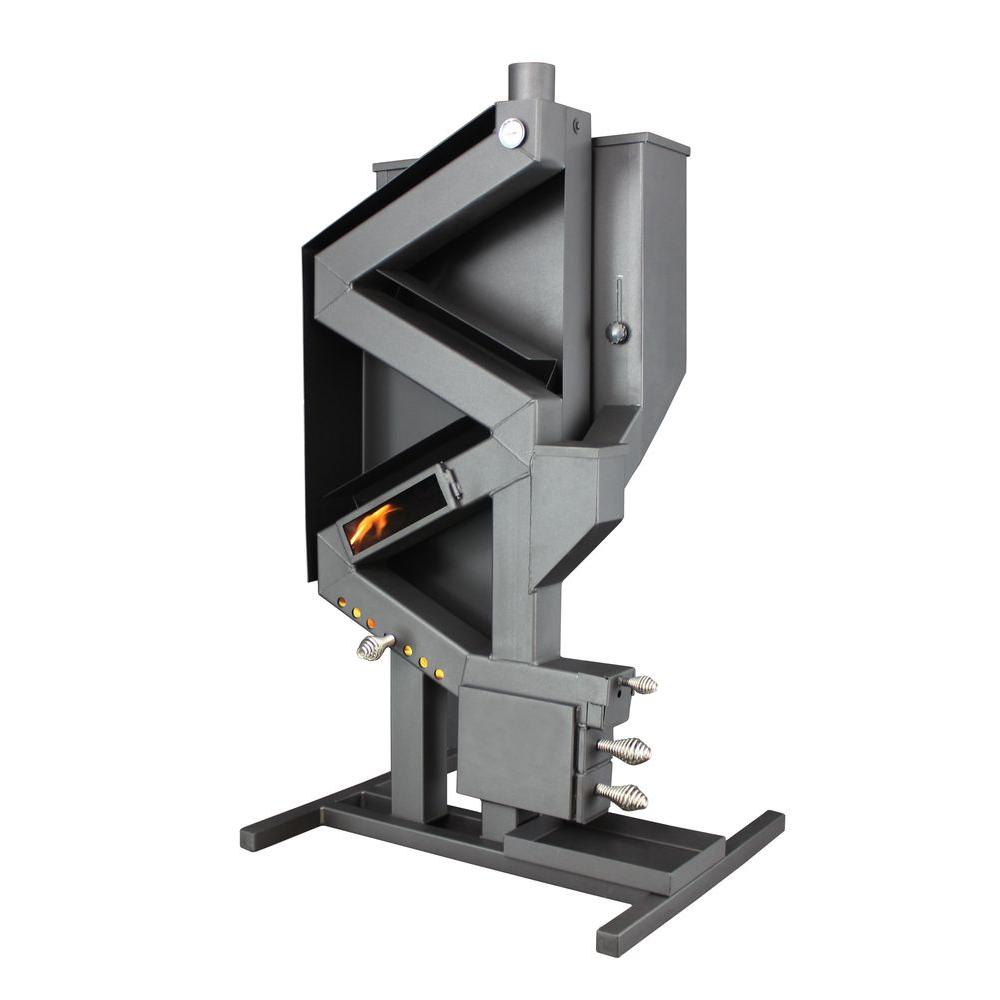