Sorry to hear of your allergy troubles. What kind of roller crimper are you using?

I have personally used both annual rye and crimson clover for various erosion control and biomass purposes. I would suggest you try the crimson clover if you don't think it would bother your allergies. I was quite impressed with the amount of biomass it produced for me. A google search for cover crops will give you other ideas as well.

show more
1 year ago
mulch
Livestock panels -> modular fencing?
I have done quite a bit of fencing with t-posts and cattle panels. It more cost effective than you would think, no need for braced corners, wood posts, tensioners, insulators, etcetera. All you really need is a trailer or way to get them home, t post driver, t post puller, channel locks, etc. No tractor, post hole digger, tensioner, etcetera. It really shines on uneven ground and in the woods.  Panels damaged by trees can be repaired through bending back into shape, or simply replaced. Downsides are questionable cosmetics and limited height. You can extend the height by using taller t posts and running other fence types above the panel.
show more
1 year ago
fencing

25x40 Hugel-Esque Buried Wood Bed Underway
I was able to spread some wood chips on the paths between my garden beds. I hope this holds in some extra moisture and helps improve the soil.

I apparently didn't compress the soil mix enough and/or used too much perlite when I made my seed starting mix. When I transplanted my started plants the soil fell apart a bit during the process. I ended up reseeding several of the small plants that were not looking so hot after transplanting.
show more
1 year ago
hugelkultur
Pawnee and Kanza Pecan trees
Looking at the pecan pollination chart on the university of Georgia's website, there appears to be good overlap.

I also noted some "small" Kanzas for sale, I wondered if they are truly small or if it is on a dwarfing rootstock, which would be abnormal for pecans.
show more
1 year ago
nuts
I think I screwed up... (Culvert)
Depends on what your "topsoil" consists of. For example, my subsoil is orange clay, and my "topsoil" is more like brown clay which will compact. If your topsoil was more of a sandy loam mix, I would have reservations with it continuing to settle or washing out. Ideally back fill with a clay based fill dirt. That said it would be hard for me to dig out a finished culvert.
show more
1 year ago
earthworks 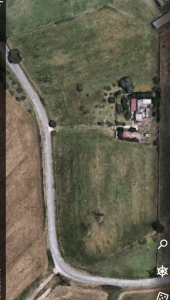 Offering one last (intended to be helpful) suggestion related to the electrical towers, I realize that we do not see eye to eye on planting trees under power lines as you referenced above. I do not know what the rules are in your country and on your property easement, but I would strongly recommend you do some research and understand them before you spend money on beds and plantings. I say that because I have direct experience with the power company trimming, cutting, and spraying (killing) trees on my property under and near the powerlines, which they can legally do under the current easement/laws. Then the chemical sprays wash downhill and kill more trees not near the lines. Lost some big nice oaks in this manner. Had I realized this would happen, i would have taken out the dinky pines they were spraying myself.

Where I am at the power company is legally granted access to my property to an easement, likely signed many decades ago, as well as more recent agreements related to signing up for electrical service. If I were to put up a “barrier” preventing their ingress / egress, (garden beds/fence/trees) they can legally take steps to gain access (destroy it). Trees near lines can be trimmed or killed as they see fit. There are some very limited protections offered in my local states laws for "crops", however I would likely need to take additional steps prior to expecting any reprieve under those laws and they likely do not apply to trees.

I would not want you to suffer a financial loss from investing in trees or beds just to see them poisoned or destroyed, thus my suggestion to do your research first prior to planting. Perhaps the laws and easements are significantly more lax in your country, however it would shock me if there were truly no restrictions. If you do plant under the lines, something as simple as a 10' access pathway near the lines would go a long way towards building goodwill with the utility crews, else they come back with their helicopter full of herbicide and "maintain" from the sky. Yes, that is what they do around here if needed.

Best of luck with your project.

25x40 Hugel-Esque Buried Wood Bed Underway
So I have finished the bed today. After letting the first round of topsoil settle between the logs, I added some heavily amended topsoil on top of the whole area. I initially packed the soil down to allow me to assess the soil level and elevations, spread the soil out, and easily do my layout.  So basically there is between six inches and a foot of soil on top of the logs depending on the spot, and the log layer is a foot or two deep everywhere.

I did my layout with four foot wide beds and two foot wide paths between them, which allowed me to comfortably fit 6 beds within the 40’ wide space. I ran the beds to about a foot from the edge, so about 22’ long in the 24’ long space.  I dug out some of the higher places in the paths to get them reasonably level and smooth, and put the displaced dirt on the beds. Once I finished the layout and the flattening, I used my tractor and 4’ wide tiller to till the garden beds (one last time) before planting, which wouldn’t have been necessary except I had previously compacted the dirt during filling. The tractor tires stay in the "path" because they are wider than the tiller.

Once I finished that, I did mixed plantings of annual vegetables in the six wide  beds. The beds got vine plants (squash, zucchini, butternut, cucumber, watermelon, pumpkin) to the south (to expand out), next tomatoes or peppers, and remaining large plants (Corn, okra, potatoes, peas, beans, popcorn) to the north. All of the beds got smaller plants mixed in along the sides, such as carrots, lettuce, celery, cilantro, and onions. The plants that were recommended for such had been started inside, the reminder were direct seeded.

Thus far, I am happy with the end result. Probably a few smaller things I would have done differently with hindsight, but I am hopeful the garden works well this year.

show more
1 year ago
hugelkultur
Used IBC totes
I assume you are meaning used IBC totes from a reseller. My experience is that most sellers will tell you what was in them before, usually "food grade" is a selling point and demands higher prices but that is what I would want for water storage. Obviously buyer beware, if they say it had peanut butter in it but it smells like harsh chemicals definitely pass. I know some seller promise that the totes have been "cleaned" of what was in there before but if it wasn't food products I am unsure I would personally trust it.
show more
1 year ago
gear

Electric fence tips?
Depending on the layout, it may be easier to fence individual trees than the entire area. For example, I recently put individual fences around 10 pecan trees using welded wire and t-posts. The fence only needs to be high enough to prevent grazing pressure, as the deer shouldn’t want to jump into a small space. I attached a picture of what I did for reference.

If that is not desirable, my suggestion for an easily reusable fence (low-ish cost, long-ish lasting, using readily purchased materials) would be T-posts, insulators, and polywire tape. You can make an ok corner brace by bending a cattle panel into a 90 or the T-post brackets to avoid the need for wood corner posts, just limit how much you tighten the lines. The polywire is easy for animals to see and does not need tightened much.

Anyway, best of luck with your project.
show more
1 year ago
gear
What is the best tractor for a bush hog to clear areas?
My experiences in no particular order:

Bushog size is a function of how much time you want to spend bushogging. Buying a tractor to fit an existing bushog is not ideal, better to get the correct tractor for your use and then replace the bushog if needed.

If your land is not flat, the width to which you can spread out your rear tires is very important. Compact tractors (my first) are often very tippy (not good on slopes) as the tires were at less than 40" with no way to widen them. All it takes is not seeing one rock on the high side or one hole on the low side and you can feel it start to go. I resorted to driving around with my backhoe outriggers almost down, but obviously you can't bushog with a backhoe. My second tractor (full size) is set out over 90" at the rear tires. Should have bought a midsize or bigger initially...

On non flat land a loader needs 4x4. Otherwise you have no front brakes.  4x4 allows rear brakes to slow the front axle when engaged.  Also if you pick up something heavy and don't have 4x4 engaged, and you start down a hill watch out! No fun when your back tires lock up but all the weight is on the front axle so you pick up speed... you don't quickly forget again.

I would pick a tractor based on frame size first, then determine what HP engine I want with that frame.

Intelligence is a must. Tractors are dumb. They will hurt you. You need the wisdom to do a job correctly and safely. Keep kids and onlookers away. A "safe" machine sized to the task helps. Hard to be safe with incorrect equipment, especially when tired and trying to finish.
show more
1 year ago
gear