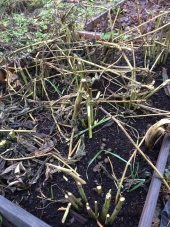 Wild rabbits/hares love Jerusalem Artichoke stems.
You need to leave at least 2 lower nodes behind to spawn 4 new nodes, you chopped off its head the plant is stressed. So not during a transpiration peak period, but otherwise they are there to be abused once established.
show more
5 years ago
rabbits

Wild rabbits/hares love Jerusalem Artichoke stems.
I've had great success topping sunchokes all season as daily feed while stimulating the plant to produce more side branching leaf fodder. The end of season stems made great pellets for the winter when they got less juicy and more woody, the stem dries like popcorn and then i just smash it up in the hammer mill. If you can get em going now, sweet potato for it's leaf crop is always great all through summer to pair with squash leaves that have allot of juicyness in a drought for a rabbit. Off topic but springtime blackberry shoot's are like pull and snap if you've got a welding jacket and they freeze really well and dont hold the black berry back much. Once they harden off the rabbits seem to only nibble at it as wood. 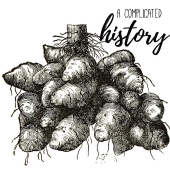 Wanted: Sunchokes in the Vancouver area
mine arn't up, and some of my best growing spots have to come up through 3 inches of woodchips i use to hold the bindweed back. I don't think ever this time of year, usually i don't remember I want tubers till may n just plant em late. If they came up now it would be murder by nature for the greens, it's Rubarb season at the moment.
show more
6 years ago
great white north

Wanted: Sunchokes in the Vancouver area
There's a shop in vancouver called Don's market
http://www.donaldsmarket.com/locations.htm
This time of year i can usually buy a box of about 100-120 sunchokes for 30 dollars, if you go to the garden shop you'll pay 10 bux for 4 dry chokes.
It's a bit late for starter's everything is shooting through the earth upwards and used up all it's tuber energy but the ones in the market have been in dry cold storage all winter.
show more
6 years ago
great white north
Black soldier fly (Hermetia illucens): does it occur in Victoria, BC?
It's possible I know many of mine left as I let the catch bin fall over, if I was a bsf that didn't want to die over winter after a mishap in the greenhouse. Id go over to my neighbors grow up where it's warm and damp all winter and they leave garbage everywhere, yeah you could establish cold tolerance and move out. But it would probably take 20 years of evolution before they would be commonly identified. But no in all my compost heaps and barrels of experimental lazy bokashi trials I've never seen one return. It would almost be like how locust plagues usually come from just a few "ideal condition" hatching grounds the bsf of a region through it's warm season could be spreading serially all summer trying to find a new ideal condition. But really be coming from the same ol refuse leak at some factory where there's a micro climate that suit's them year after year. I'm sure if I had a decent 50,000 sq ft polytunnel they would stay year round and try migrating out every season, granted it being heated by compost and rocket mass aquaponics in the winter might help.
show more
7 years ago
composting
Tillage radish and other roots as Carbon sink
I take that back it's plenty edible, but you wont eat the root's and i'd rather eat more of my linden/lime tree than go hauling up primrose for soups most of the year. Slug's don't seem to like it which means they live in it because of it's high drought tolerance and water retention. I don't think i've ever seen it wilt to any degree worth considering but they'll go down easy in the high summer.
show more
7 years ago
soil
Tillage radish and other roots as Carbon sink
evening primrose has a spiked tuberous root and if your putting it under in august it will never see it's tall growing flowing stalk phase unless you want more biomass. I use it for soil stabilization in boggy territory that goes crust arid in the late summer. But you can get a tonne of seed off it and it grows really fast without regrowing from chopped up roots. Burdock is even bigger but now your messing with an edible crop again which is way more valuable than a potato. It's not daikon carbon sinking but it's off the edible list for us I think but the ducks and rabbit's will chomp into it.
show more
7 years ago
soil 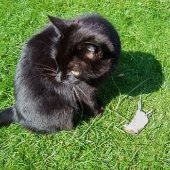 So you think cats are good for nothing?
I wonder how long it will take a permie to train there cat to take mice bit's to the chickens, I love that gift giving facet of cat's.
show more
7 years ago
predators

Wildfires and permaculture
That does go with the fire control talk yes, the talk itself last about 50 minutes so somebody must of made the files as a subset of the larger 1983 pdc. It's not in that pdc itself from the link i sent you, some of the aquaculture doubles over but other bit's you can here there recording from a lesson on the landscape.
I'm really hoping to find it so everyone can have it who finds this thread in the future.
show more
7 years ago
permaculture

Worm bin under chicken coop to catch droppings?
your going to kill your worms pretty fast, if you want to go from bum to mouth I think that's only kosher with worms. You can do it with ruminants but it has to be rain through or they'll all die from ammonia.
Think of it from a "if you breathed through your skin" standpoint, if fresh manure can kill a plant, why wouldn't it kill worms. Your probably going to have to shift the manure collection into a bin or small tumbler for a little par compost burnoff before feeding it to worms.
I'm trying to wrack my brain on how to integrate poultry manure in a worm bin but it's so hot I can't see it not going through a composting phase first. I mostly feed my worms compost because I want better quality castings, i got sick of taking undigested bit's out before using it in potting soil.
show more
7 years ago
chickens