posted 3 years ago
I submit shovelling the driveway.

It took about 6 hours for me to shovel out the top half of the driveway.  I assume it would take a healthy person about 2-4 hours.

I think this is a nest BB

Staff note (paul wheaton): I think this is a nest BB

It takes about an hour to make half a dozen of these.

posted 3 years ago
I submit making pasta from flour and egg!

The first few times it took about two hours, but now I have it down to about half an hour.

I think that rather than an oddball point, this should be added to the cooking and food preservation badge.

posted 3 years ago
I have a project to submit.  We have a basement rec room that had a little 12x24" single pane window at the end of it.  We wanted an escape exit and some more light (south side of the room).  So I removed the pine carsiding from the spot, installed a beefy header up in the floor joist space above the window opening, dug out the hillside outside and built a retaining wall, gingerly cut out the block foundation, added some height to get the window opening correct, framed it in, installed a new casement window and trimmed it inside and out.  I figure I put about 40 to 60 hours into it and I'd call myself a reasonably skilled carpenter/handyman. 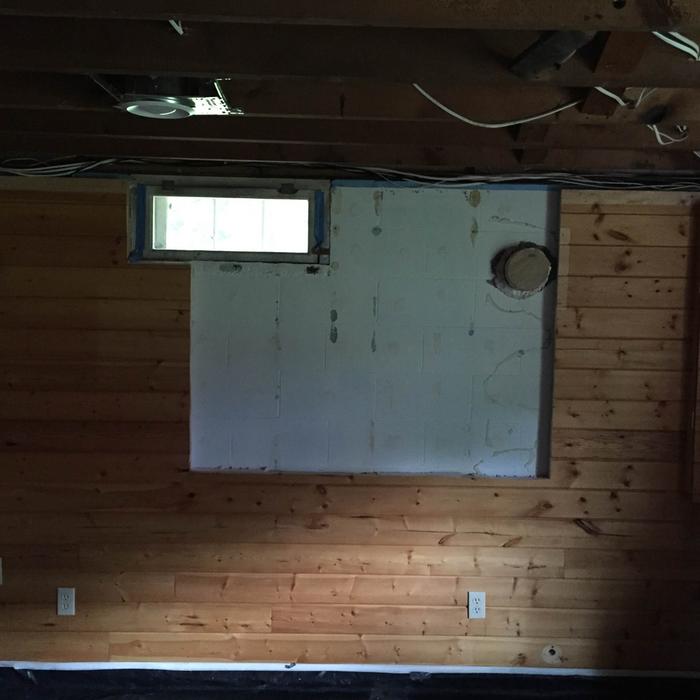 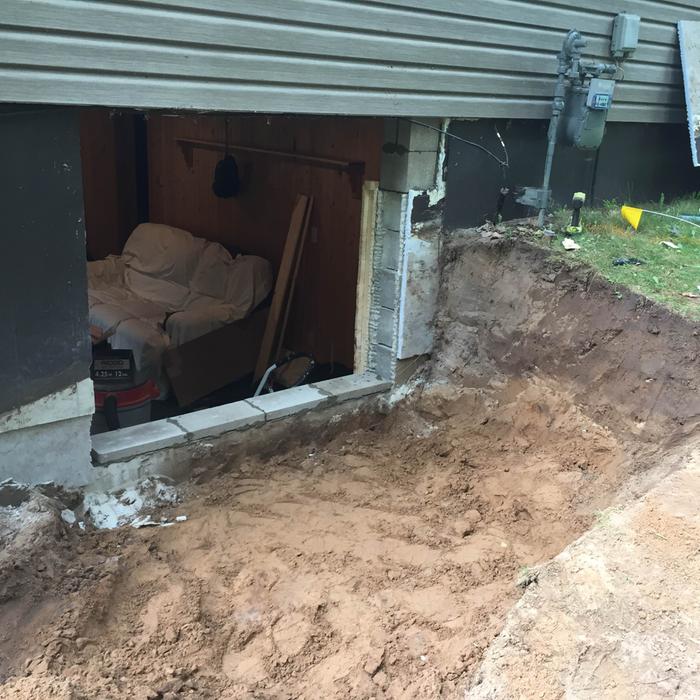 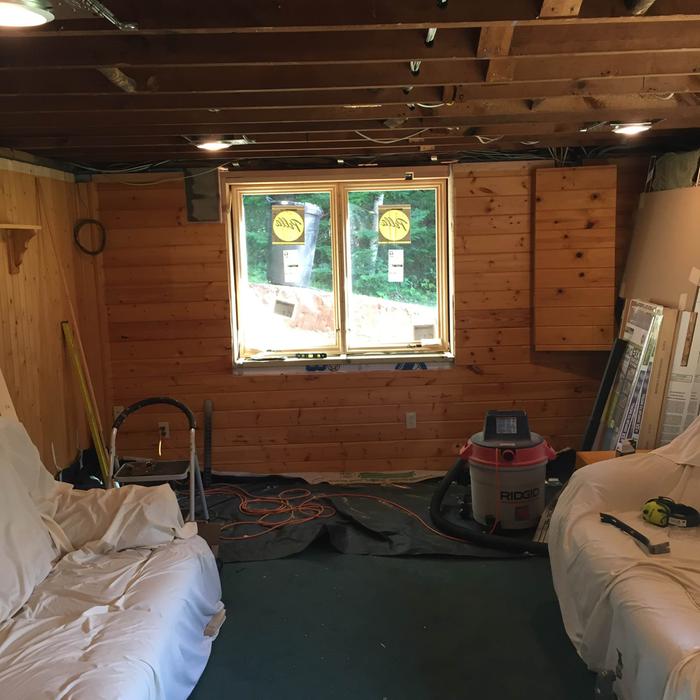 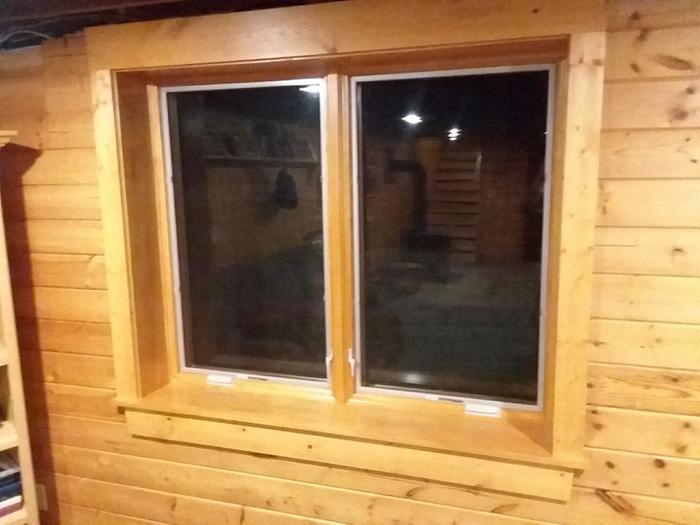 If this was above grade and a simple stud wall, it would be 3 points.   But the digging, and removing the block cleanly bumps this way up.  I certify this BB with 24 points.

posted 3 years ago
Yay, thanks Paul!  So I think I've now earned the oddball sand badge!

posted 3 years ago
And now you have the shiny badge! You're catching up to me, Mike!

With points leftover for the next badge!

posted 3 years ago
Not vegan friendly. Please be advised that you may not want to see this. It may be disturbing to some.

I barbecued a cow that had been culled from my friends' small dairy herd.
The ground was excavated and leveled by hand, and the blocks staked (my brother helped here).
I built a coral with five cattle panels, five t-posts, and baling wire.
The racks are welded of some angle, expanded metal, and square stock. The pit was covered with scrap plate steel. A gambrel was welded up, but we did not use it. She was brought to the coral where we sadly and gratefully put her down. (my friend helped with these things).
The fur was singed and scraped off with a propane torch, a hoe, and some butcher knives. She was then eviserated, caped, and split beside the spine. The side with vertebrae was quartered. (my brother, two brother-in-laws, a 9 year old nephew and a three year old nephew helped with these).
Organs, leg meat, etc. were put aside for future use.
We cooked her low and slow on hickory scraps (I should have also used white oak in hind sight) until the morning came.(my brother helped greatly with this). It was a long, cold, windy, and supper muddy November night.
The meat was pulled in time to serve lunch to around thirty friends, family and neighbors.
Some was then donated to a local congregation to help meet the needs of some benevolence cases.
We're still eating on this cow to this very day. 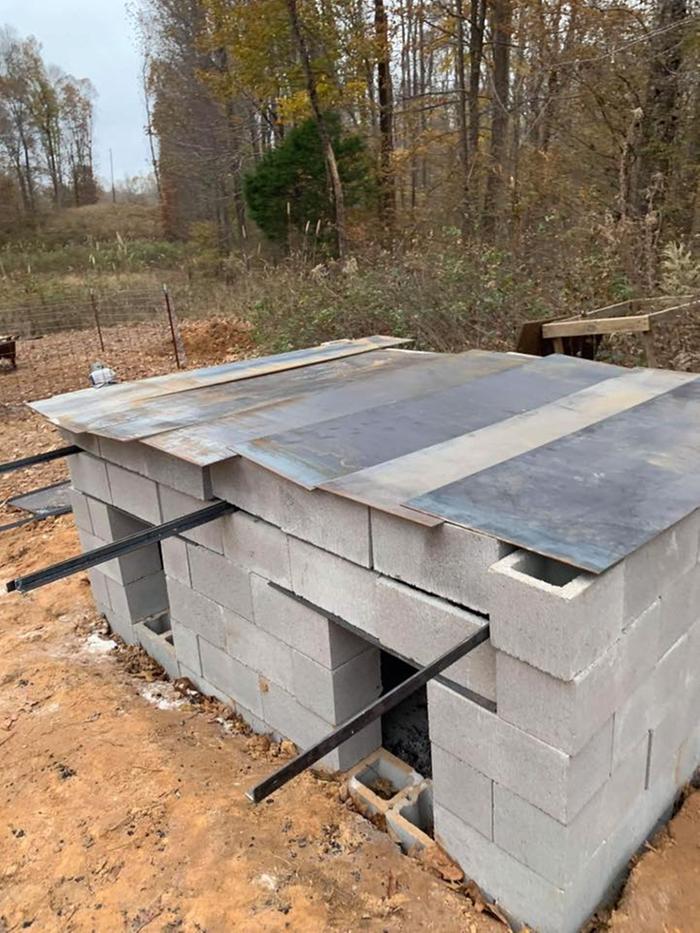 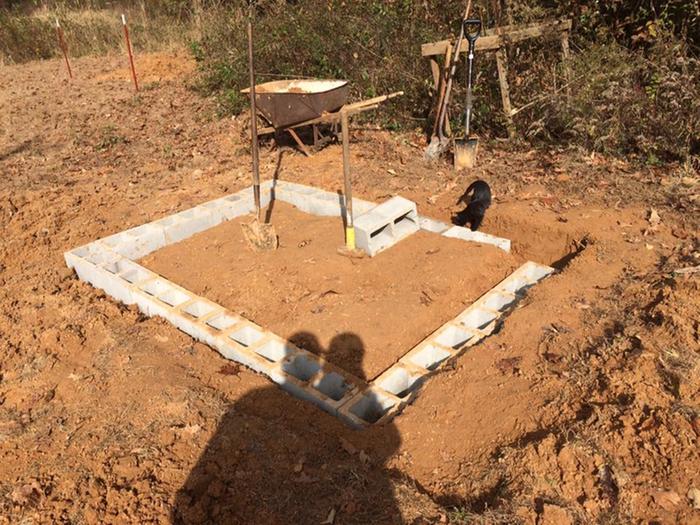 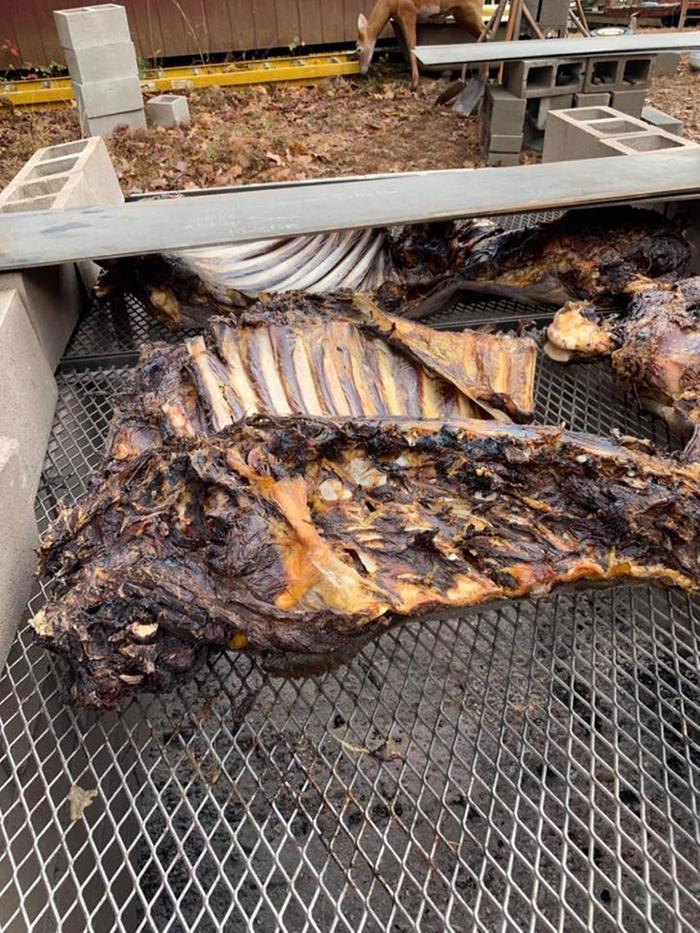 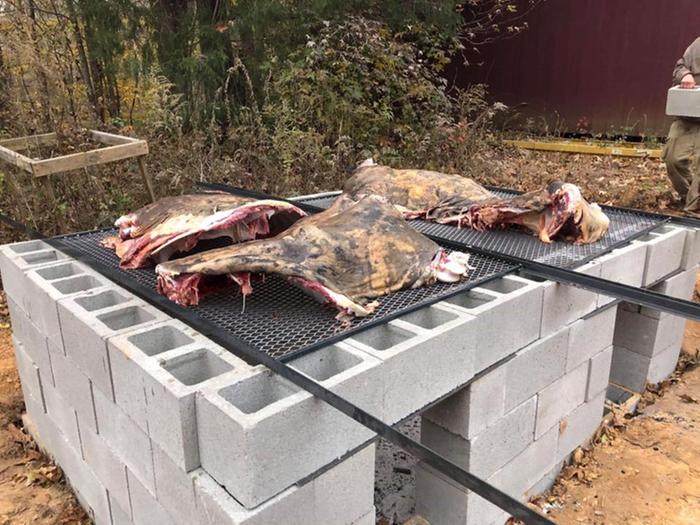 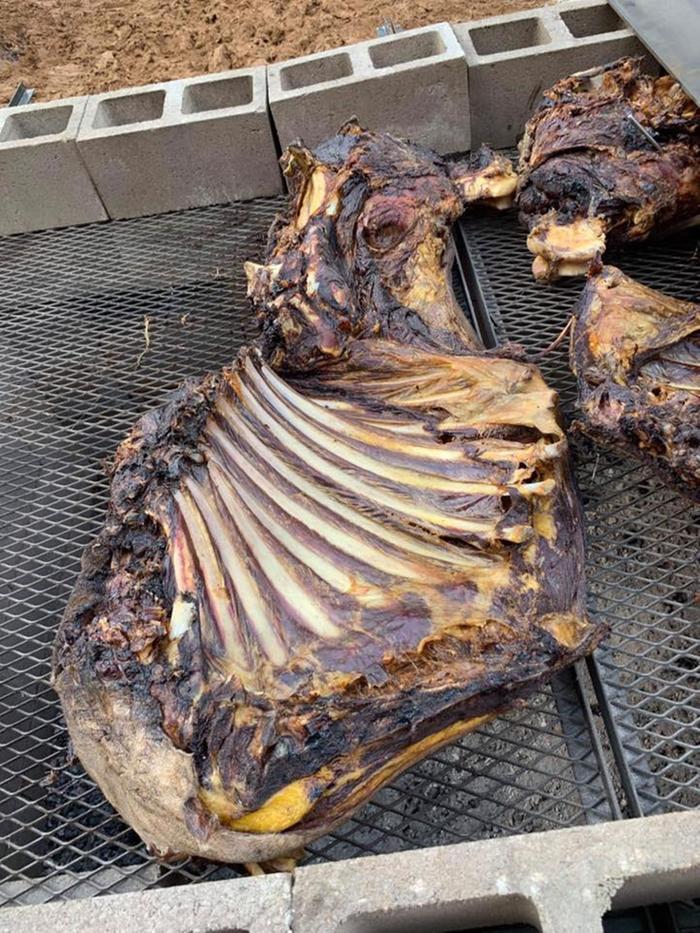 Lots to say - but in the end I am choosing to give this 6 points!

posted 3 years ago
I am on the phone with raven right now, and we are trying to decide on the number of points.

Is that a deer in the background?

So I think the reason the points didn't come faster is that this is not a slam dunk thing.   There are upsides and downsides and lots and lots to figure out.

The cinder block doesn't meet our values as well.  But the creativity and "git-er-done" is big points with otis.  Managing people is a big plus.  And, as you mentioned, it helps to be able to say that you did the whole thing yourself.

It looks like this is both permanent and temporary.

And there are also some elements for which there are not pics.

For the whole BB system to work, we kinda need the ability for the evaluators to say "yup, that definitely meets the criteria - this BB is certified!"   But in this case, our certifiers stepped past this because it had challenges to sort out.

I wonder ....   as a general rule of thumb for oddball, if a person could post something with 20 hours invested and ask for 5 points.   That way, the evaluators could say "oh yeah - that's easily five points.   Five points hereby granted."

I think there is ten times more to say here.  But rather than get into all of that, I elected to say "six points" and move on.   Fortunately, Raven is on the phone at the same time, and she said that if were not doing this, then she would have gone with "five or six points."  So I feel better that I am choosing well.

I think that if you had three times more documentation, if might have ended up with more points.

I suspect that a lot of the oddball points will be like this.  40 hours of work ends up as 10 to 15 points.