BB plumbing and hot water - straw badge
posted 1 year ago
This is a badge bit (BB) that is part of the PEP curriculum.  Completing this BB is part of getting the straw badge in Plumbing.

In this Badge Bit, you will replace a water heater.  It's awfully nice when hot water comes out of faucet when you want it to.  Let's get that broken water heater replaced!

If it's electrical, there's a BB in the Electricity badge that you may also qualify for: Replace an Electric Water Heater


To complete this BB, the minimum requirements are:
- replace or install a water heater (gas or electric, tank or tankless)

To show you've completed this Badge Bit, provide proof of the following as pics or video (less than two minutes):
- the old water heater or the location in need of a water heater
- the installation midway through
- finished installation
COMMENTS:
K Eilander
pollinator
Posts: 275
Location: Rocky Mountains, USA
134
I like...

posted 1 year ago
Approved BB submission
I usually do stuff around the house/property and only after the fact think "I wonder if there is a PEP badge for this?"

Anyway, this is my first attempt at documenting something for points so if I'm doing this wrong, let me know.

I came across a deal on a small instant hot water heater that someone bought, looked at the scope of the project, and for whatever reason chickened out.  And no wonder!  Despite their look these things aren't plug-in appliances require some pretty serious power.  This one requires a 240v (aka two-phase) electricity on a 60 amp circuit!  And it's considered a small one... barely able to handle 1 shower at a time!

Anyway, the price was right and the wh that came with our house was getting a liitle old.  Indeed, if it wasn't so packed with sediment, I'm pretty sure it would have rusted through by now.

The installation steps were as follows (see photos below)

1) Finding a spot accessible to both plumbing and power.

2) Running cable and install a board to mount the unit to.  This used some pretty beefy 6-gauge cable, which is quite a beast to wrestle, and also (as I found out the hard way) takes HomeDepot a week to get in. :/

3) After running the cable, I installed new breakers.  Remember, this is two-phase, so it's a double breaker.  Fortunately in my case the blower for the old water heater happened to be right next to an empty slot so I didn't have to re-route anything. :)

4) Hook up the plumbing.  Unfortunately the model I got (ECOSmart ECO-11) used "compression fitting" threads, which are somewhat rare.  To make the adapter I needed I had to solder a compresson fitting nut to a 3/4 pipe adapter and jam an o-ring down in there for a seal.  And, yes, that arrangement took a fair amount of head-scratching and very wet trial and error to come up with.  (If you have the same connundrum and my description is unclear, message me and I'll get you more details)

5) After purging the air lines of bubbles as per the instructions, I powered on and everything works!  Hurray!  Now the only problem is staying in the shower too long because there is no such thing as "running out" anymore.

FUTURE NOTE:  I do still need to add an anti-scale filter inline with this.  Apparently mineral build-up can really kill the efficiency of these things.

LAZINESS NOTE:  For now I left the old water heater in place as I don't have a plug to cap off the gas line.  I could drag it out, but DW had the idea to use it as a reserve water storage tank.  Hmm...  What do you all think about that idea?

I hereby certify this BB complete!  Along with your new air badge in plumbing!  If you did the electrical work, there's a BB for that in the Electricity badge

posted 11 months ago
Approved BB submission
I converted a school bus into and tiny home and installed a 7-gallon electric hot water heater for the sink and shower. It was pretty easy except for the tight space to work in and one sad night of water spraying everywhere from a loose fitting. But, now we have an instant supply of hot water and it's been working great for 6 months, no leaks!
Electric-water-heater-and-installation-location.jpg 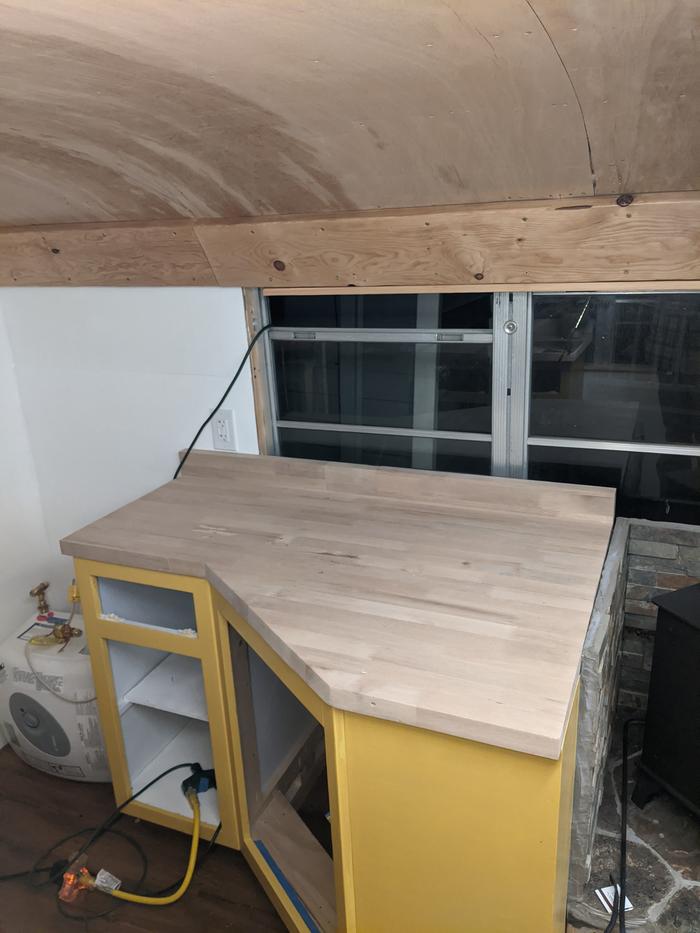 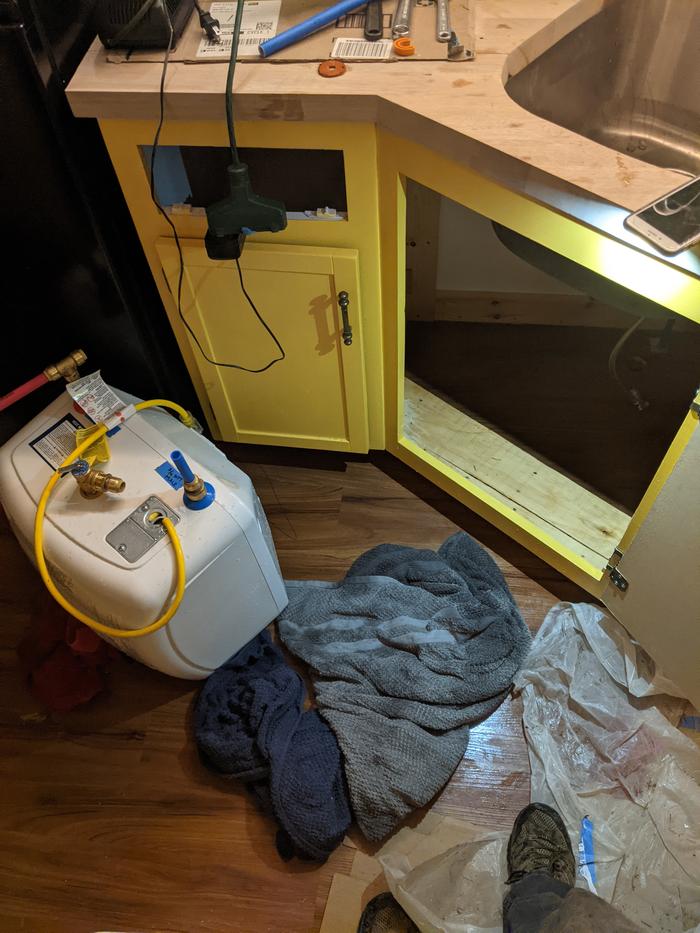 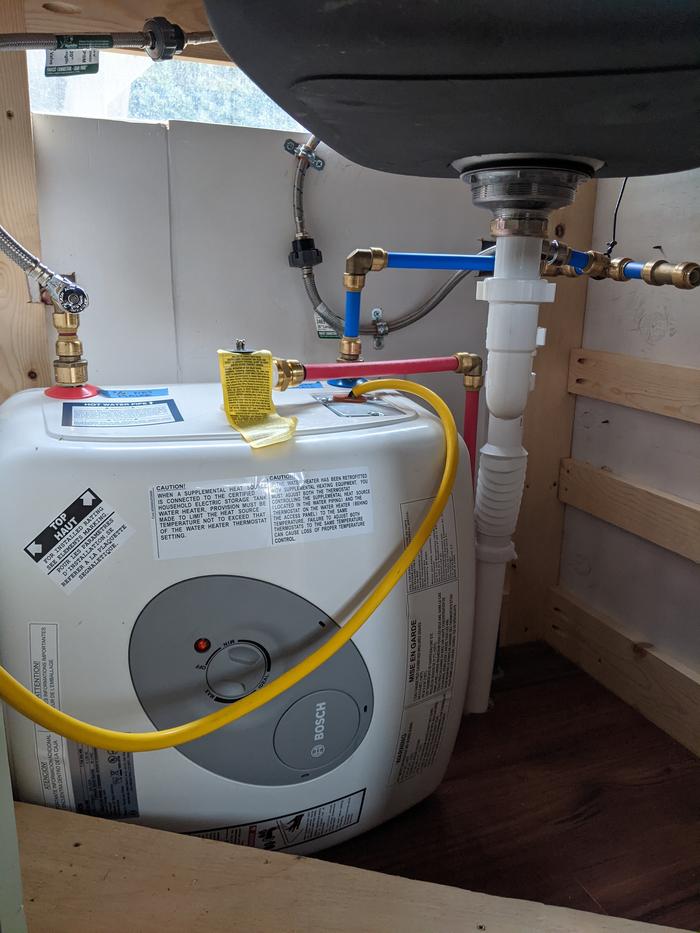 Mike Haasl approved this submission.
Note: Remember to submit these as BB submissions instead of just hitting the "submit" button.