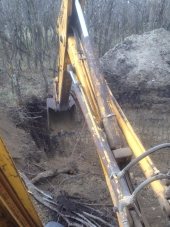 Chris Sturgeon wrote:There's a YouTube channel by a couple who moved up to Alaska to homestead. They had a market garden in Oregon but are learning about the different environment they are in now.
They built an underground earthbag cellar last Summer, successfully used it for a Winter... and in their last video they are filling it in with gravel.
I feel that one of the reasons why their experiment failed was because of the shape of the walls. Round would have been better. Domed would have been bombproof.


I cringed so hard watching them build their root cellar. First off, the bags were too small for underground use. They should have used 20 inch bags or wider.
Second, all the straight lines in an underground setting. Round or curved walls are what give you your strength. Think arches.
Third. They failed to take into consideration the water table. This is where local knowledge comes into play.  Hydrostatic forces aren’t something to mess about with.
Fourth. Using poplar as an underground building material. Just don’t. Poplar rots. Quick.

There are a few more things I could comment on, but they gave it the good old college try.
show more
5 months ago
earth bag
Earth bag shed questions about hard-assing and diddling

Tina Tex wrote:Hi, I am building a 180 sq ft EB shed into the side of a hill.  I filled all of my bags first, as I dug out the hill, and then learned about hard-assing in the Kaki Hunter book EB tricks and tips.  I am wondering how important this technique is if you have good fill?  Also, I'd like to hear opinions on diddling the bags (no funny stuff here people, diddling refers to tucking in the pointy ends).  I can still diddle the bags post hoc, but that will get old and would like to avoid it if I can.  And remember, this is a shed, not my house.  Yes, I would like to build as well as I can always, but maybe these techniques are not critical in my case?

Thanks for your thoughts!


When we built our root cellar, hard assing and diddling were very important for wall uniformity. It keeps your wall looking like a wall... hahaha

Without hard assing or diddling you tend to use more materials than needed, the wall structure will not be as uniform and not as strong in my opinion.

Ronny Björling wrote:Hi!
Now when some years has past, how is it doing?
I'm planning to build one my self. But when I spoke to the manufacturer of the bags, they said that the bags won't last past 6 months. For me it sound weird.
It's poly bags so..
Ronny from Sweden


Hey Ronny!
So it’s been 7 years since we built the root cellar and it is holding up extremely well.  It keeps the root vegetables good well into the next summer, the earth bags are holding up very well, and it keeps the beer cold.

Things I would do differently if I were to do it again? I would make a top cap out of concrete approximately 10 cm deep. This would prevent the roof from settling as much as it has. I would also make the cellar bigger.

The purpose of barbed wire in earthbag construction is to act as a mechanical mortar to hold the bags together and give the walls tensile strength. The barbs hold the bags in place. Once you have placed a bag on barbed wire, it is harder than hell to get it untangled. That's what gives the walls a lot of its strength. Those bags are slippery and are prone to fall if not mortared in place with the barbs. Trust me, I know.

Save yourself the headache and spend 50 or 100 bucks and get a couple rolls of the good stuff so your building doesn't fall down in your sleep.
show more
5 years ago
earth bag
Design And Cost Of Building With SandBags
Go to amazon and buy Earthbag Building by Kaki Hunter and Donald Kiffmeyer.

Its the best book on the subject out there. Other than that, its all trial and error. Build something small first and go from there.

Earthbag building is great for people who have lots of time and little money. It is very labor intensive and will show what kind of friends you have

but in the end you will have a house that will stand up to anything.

We built a root cellar and couldn't be happier with the results.

On the other hand, if you have lots of money and little time, I would build with ICF's. Our house is built with them and it preforms better than hoped for. Warm in the winter and always cool in the summer.
show more
5 years ago
earth bag 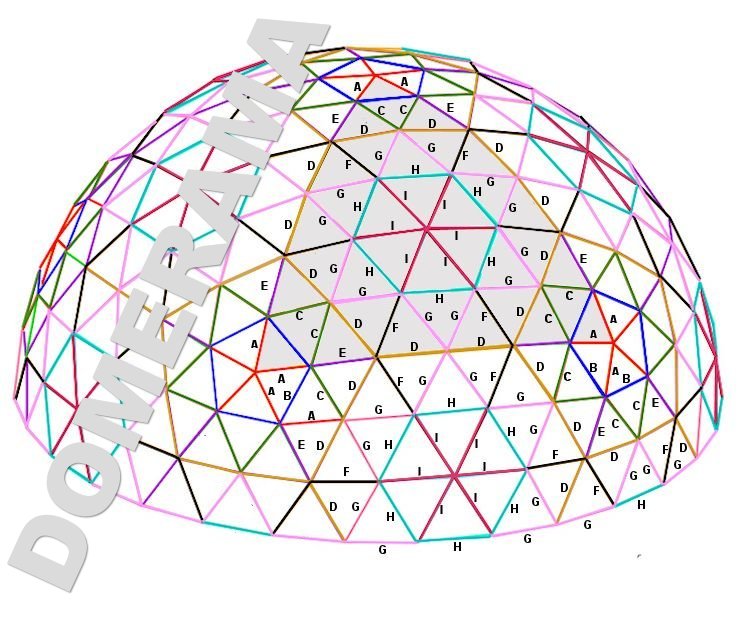 Earth Bag geodesic Domes
Earth bag domes are shaped the way they are for structural integrity. It is basically a 360 degree Gothic arch.

A geodesic dome on the other hand would have to be built like an igloo. Each bag sculpted and fit perfectly for the structure to hold up under all that weight, almost like a Nubian dome or a dry fit stone arch. The strength of the building would depend largely on the pressure the bags would exert on each other.

I don't know how much weight the internal frame would support, so I would be hesitant to trust it.

Your best bet is to experiment first before putting your trust in something untested.

Build a small out building, a garden shed, anything you are not risking your life in... and then after a year without anything falling down, give it a whirl.
show more
5 years ago
earth bag

Help with my design
I would place a larger pantry on the north side of the building. Speaking from experience, even with a root cellar 20 feet from our front door, its hard to grab things if its blowing snow or raining.

If you earth berm the north side you would get a lot more thermal mass, keeping the house warm in winter and cooler in summer.

Keep in mind that hot air rises, so place a window up top in each room to let out the hot air in summer.
show more
5 years ago
earth bag

Depending on your bag size, you will usually get a bag that is 5-6 inches tall, and 20 inches long when full of earth. So for a 9 foot tall wall, you would need about 18 to 20 rows.

If you want the inner walls built with earth bags you would add 600. So you are looking at 2160 bags.

That number is without taking any bags out for the doors or windows, adding extra for half bags and mishaps or loosing any to the better half who wants to bag potatoes. I would go ahead and order 2500 to be on the safe side.
show more
5 years ago
earth bag
Advice for building with earthbags in cold climate
Search for Canadian dirt bags on Google. They built an earth bag home in northern Alberta.
show more
6 years ago
earth bag
How long to wait after straw is cut for drying / curing before best usage?
Straw is usually baled right after the grain has been harvested, or the next day after the dew has dried from the night before, or with a slight moisture content, depending on how dry the straw is. If you bale it too soon, you run the risk of pulverizing the straw in the baler.

If you bale the straw too wet, you run the risk of the bales composting and heating up. A pile of hay can start on fire if it heats up too much.

Growing up on the farm, hay was ready to be baled when you took a handful of hay, started twisting in a hand over hand fashion and made six passes. If the hay twisted apart after that, it was good to go, if it took longer, you waited, but if it twisted apart in two passes, you had to wait till the dew settled and you baled in the morning.
show more
6 years ago
straw bale house