http://permaital.blogspot.it/
show more
6 years ago
hugelkultur
Hugelkultur, a breeding ground for pill bugs?
Thanks Guys for all the advice.
Yes the beds have sunken down a fair amount, so maybe the rotten wood is very close to the surface.
Lizards and frogs i have plenty as they have more than enough habitat,even living inside some of the hugel beds. I have even named some of the little guys as some have been living in there for the last year and we have got quite attached.
Something i did not mention was the hugel beds with the problem are the ones i have in the large polytunnel. The beds i have outside of it don't have the problem. Could it be the birds can not get to them when they climb to the surface?
Will try the water/beer traps,sounds a good idea. I have to say i am a firm believer that where there is imbalance there are problems and i agree i must have a lack of something if i have such a problem.
To bring the chickens in at this stage of the season would be too damaging to the rest of the plants i have growing in there although they will be aloud in at the end of the season to feast. For now planting only larger mature plants in them seems to be working and i am thankful of the little buggers for all the composting they are doing and if they eat aphids even better!!
show more
6 years ago
hugelkultur
Hugelkultur, a breeding ground for pill bugs?
We have a few hugelkultur beds around our site which are now around 2 years old. This summer 3 out of 4 of them are completely infested with pill bugs. So much so that every young plant we have transplanted in there has been devoured over night. The only way we have finally got on top of the problem is only to transplant more mature larger plants as they are more attracted to the younger leaves. We have found leaving onion stalks on the surface attracts them in great numbers also, this seems to keep them slightly sidetracked. We can also collect them up in the morning to get rid of. Has anybody else had similar problems? Luckily they have not spread to any of the non hugelkultur beds as yet. 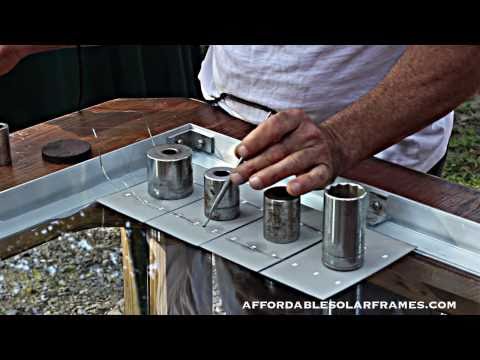 What solar setup to power a 750 watt water pump for 2 hours per week
A big thanks to Permies and everybody that helped me sort out my water pumping problem,especially Mr Dave Turpin. Finally had everything delivered and have everything up and running. Could'nt have gone any better. I am now able to pump around 4-500 litres per day from a 150 euro 240 watt panel, enough to water all of the kitchen garden and green house throughout the summer. Could not be happier.

pictures are on my blog at: http://permaital.blogspot.it/
show more
7 years ago
solar

Are ponds breeding grounds for mosquitoes
Thanks all for your input, great help, keeping it healthy with lots of plant and animal life seems to be the solution then. Fish by the sounds of your comments would be a sure fire solution but not totally necessary as long as there is a lot of other life in there. Great help, there is light at the end of the tunnel with this one. I will have more questions on ponds soon i am sure.
show more
7 years ago
ponds

Are ponds breeding grounds for mosquitoes
Thanks Kota for the reply, The pond would be big enough to house fish but it was'nt something i was planning on doing but could be a solution.The waterfall fountain thing although very pretty is just going to complicate things so not a road i want to go down just yet.
show more
7 years ago
ponds

Are ponds breeding grounds for mosquitoes
One of my next projects is to introduce a large pond on to our site, in between the vegetable garden and our food forest. I just need to convince my girlfriend that this will not be a breeding ground for mosquitoes.
We live in a mediterranean climate 400 meters above sea level in Tuscany, Italy. If this is the case is there anything that can be done to prevent this or has anybody here had mosquito problems with there ponds?

If this problem is not resolved my girlfriend has told me she will not allow me to have a pond,resulting in a very unhappy me,a less productive garden and a strain on our relationship. Please help....

by Adam Plowright, via Phys.org

The Himalayan kingdom of Bhutan is aiming to become the first nation in the world to turn its home-grown food and farmers 100% organic.The tiny Buddhist-majority nation wedged between China and India has an unusual and some say enviable approach to economic development, centred on protecting the environment and focusing on mental well-being.

Its development model measuring “Gross National Happiness” instead of Gross Domestic Product (GDP) has been discussed at the United Nations and has been publicly backed by leaders from Britain and France, among others.

It banned television until 1999, keeps out mass tourism to shield its culture from foreign influence, and most recently set up a weekly “pedestrians’ day” on Tuesdays that sees cars banned from town centers.

Its determination to chart a different path can be seen in its new policy to phase out artificial chemicals in farming in the next 10 years, making its staple foods of wheat and potatoes, as well as its fruits, 100 percent organic.

“Bhutan has decided to go for a green economy in light of the tremendous pressure we are exerting on the planet,” Agriculture Minister Pema Gyamtsho told AFP in an interview by telephone from the capital Thimphu. “If you go for very intensive agriculture it would imply the use of so many chemicals, which is not in keeping with our belief in Buddhism, which calls for us to live in harmony with nature.”

Bhutan has a population of just over 700,000, two-thirds of whom depend on farming in villages dotted around fertile southern plains near India and the soaring Himalayan peaks and deep valleys to the north.

Overwhelmingly forested, no more than three percent of the country’s land area is used for growing crops, says Gyamtsho, with the majority of farmers already organic and reliant on rotting leaves or compost as a natural fertilizer.

“Only farmers in areas that are accessible by roads or have easy transport have access to chemicals,” he explained, saying chemical use was already “very low” by international standards.

show more
7 years ago
politics and justice
supplement feed: free range chickens?
Thank you both for the replies. We only have 3 chickens at the present time as its all we need for our egg supply for two people.The chooks have pretty much free range of about one hectare including woodland but not the vegetable garden. Our climate is very long hot summers and short cold winters. Protein does not seem to be a problem as its bugs a plenty here unless we have snow or ice. Lots of grass hoppers, lizards, spiders,ticks (once even a 10" snake) over the summer months and an abundance of worms over the winter. There is also always plenty of greens around as they always seem to be stuffing there faces with something.

I like the idea of having the grain feeder on a cord to hoist up in the day time. This would stop them eating the grain just for sake of it when they return to the shed for water.I then could lower it down in the evening for a feed before they turn in, this would certainly cut down there consumption and save me money but then again would they need a supplement at all? which i guess brings me on to my original question.
show more
7 years ago
chickens
supplement feed: free range chickens?
Do i need to grain feed my free range chickens or will they get all the nutrients they need with free ranging? I guess this could differ from winter to summer.
When we got them a year ago we were advised to go with a typical all in one grain feed for layers. This was obviously a nasty concoction of GM's which we stopped giving after a month.We then went on to something a bit more natural although i am not convinced,plus it is processed and expensive.
Our chooks have always free ranged and wondered if the food they forage is enough for them to give us regular eggs. If i were to supplement them, is there a feed i can make up myself, maybe a mash or something inexpensive, maybe something with leftover pasta or rice,oats,food scraps,that sort of thing? I have thought about growing my own grains but i do see this as being very time consuming at the present time