Hippie lawn
I once saw an article that referred to some ground cover that is super comfortable to nap on. It had a picture of young lady, in hippie-type attire, sleeping peacefully on it with her face pressed against the greenery.

I vaguely recall the article referring to the plant as a "hippie lawn."

Any idea what it might have been?
show more
7 years ago
lawn

Two years until I can plant a fruit tree... can I start something now?
Just my experience with peach trees. Transplanted year-old peaches in pots as well as transplanting year-old volunteers grew to 2-4 feet tall while directly seeded peach pits got to 5-6 feet in their first year.

So my one-year old directly seeded peaches are twice as tall as my transplanted two-year-old peaches.

So waiting and doing it right can have its advantages.
show more
7 years ago
trees
Wood Chipper Biotrituradora
This is exactly the kind of info I needed, so complete, thanks so much!

Galicia actually produces almost more lumber than Italy and more than all of England, in just 30,000 suare kilometers, so Im going to look in to forestry companies that are already producing a lot and preferably uncontaminated of course.

If I could give you an apple I would!

show more
7 years ago
iberia
Wood Chipper Biotrituradora
So I'm looking to buy a wood chipper and willing to spend up to 2500 euros.

I'm interested in woodchip gardening as in Back to Edenwebpage

I'm going to mainly chip branches and coppiced wood up to 5 inches/13cm thick, but a little less diameter would be fine.

I'm going to be sharing it and I don't have a tractor so I need it to chip independently and I need to be able to transport it in a van or a trailer in order to share with my friend.

Any suggestions on brands, types places to buy?

Thanks!
show more
7 years ago
iberia
Grafting Pliers?
Looking for quality, something that will last. 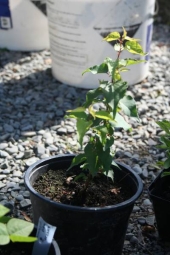 Super cheap perennial fruit plants by growing them from seed and cuttings!
Avocados fruit here in areas that whose typical summer days are in the 70s without too many days in the 80s and with a cloudy, rainy period from Nov-March. You don't need as much heat and sun to get an avocado as you think. If we can get Avocados in a mild maritime zone 9 at 40 degrees lattitude, I think coastal California can do it. Some are grafted Haas or Bacon, some are just from people planting pits from the supermarket.

show more
7 years ago
forest garden
Using whole fruits to plant a food forest..
Where I live apricots, plums, chestnuts and walnuts do really well coming up on their own from nut/pit while I occasionally see self-sown pear and apple.
show more
7 years ago
trees
A spanish hamlet being given away for free
Is this place very

Is this place very close to where you are, Jose? How about you go take a look and tell us more about it? And take photos. I'd like to see more of this place.

Its about a two hour drive from me, the prohibitive part isn't the length of the trip but the gas. A trip that far would be easiest by car (not great public transport here) and that can run you 40 euros or 55 bucks. Although I had a friend interested in taking a look, maybe someday we'll check it out.

That's what I was trying to get at, a village has value in itself, not just as a way to boost the economy or tax revenues. It can simply be a place to build community, be creative, be spontaneous, experience joy, live in harmony with one's landbase, etc.

Industrialization emptied out our villages and now that it has run its course, the emptied out municipalities see a reemergence in interest in rural life as an opportunity. They have inherited villages, which used to belong to people, that have fallen in to their laps and they see them as a resource to keep their municipality going, because when a municipality gets depopulated or becomes insolvent, it can get consolidated in to another and then people in the municipality lose their positions. Unfortunately this creates a lot of conditions to the giving away of the village and creates some demands on how you have to organize the village, for example in the video it requires you to create employment for locals. Its hard enough creating employment here for yourself, let alone for other people! (Unemployment here is 25%, youth unemployment around 50%) I don't really have anything against rural tourism, but its such a common idea that sooner or later I feel like supply will outstrip demand and many will be wanting for visitors.

Now of course it would be awesome to stack functions, figure out a way create some tourism and at the same time build the kind of village you would like to live in.
show more
8 years ago
ecovillage
A spanish hamlet being given away for free
This is pretty common in Spain, and its always for tourism, that's because anyone in an official capacity here basically has zero imagination to think of what a whole village can be good for.
show more
8 years ago
ecovillage 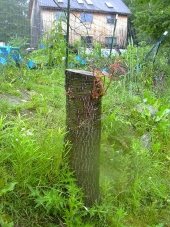