How to make cloth stiff? Starch, sizing, or other???
It's probably not what you want but there is that iron on stuff every dressmaker uses.
show more
2 months ago
natural fibers and materials
Need ideas on how I can use my 2 acres to bring in some income!
2 acres is not terribly a lot. I would look from the end which is the market you sell. And then how you get your products there. But before that, I would make a list of things you are terribly interested to do. You might want to do a herb farm, a nursery or something crafty, you might want to makes salves, candles .... and a second list with all the things you are really good at no matter whether it is related to your 2 acres. You want to make money and live were you live and not necessarily sell vegetables. Even if you have a childcare or a B+B. I believe that 2 acres is not enough to make a living sellling say vegetables or fruit etc, but if you grow herbs and make cosmetics maybe.
show more
2 months ago
farm income
building a wood burning stove with termosyphon water heating
I have no clue about building stoves. We want an outdoor kitchen with a wood stove which at the same time heats water for a shower or dishwashing. I googled and I could not find any suitable design. Either there are massive projects or there are tiny stoves for $6. We want a normal sized stove where we can cook normal meals and which heats water for a shower and a bit of dishwashing. The whole project should be simple enough but we would invest in a plumber. It does not have to be rocket mass because I want to get rid of too much fuel in the bush. And a contraption would be nice which prevents scalding your guests in the shower. Any designs? Suggestions? Which type of bricks? Did you build something similar?
Edit: I found something, how about this: webpage wouldn't the concrete crack in the heat?
show more
2 months ago
wood burning stoves
Planting an Avocado in less than ideal soil
Thanks, videos are good. We have a very rainy and cold summer!
show more
2 months ago
fruit trees 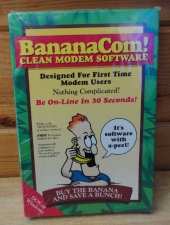 what is a really good email service?
I use gmx for years
show more
2 months ago
tinkering with this site
Planting an Avocado in less than ideal soil
We have a poor clay/sand mixture as soil. What would you do to plant avocado trees? Dig a hole mix what you dig out through with a load of goodies, backfill and then mound or mound right away goodies only? How high should the mound be?
show more
2 months ago
fruit trees 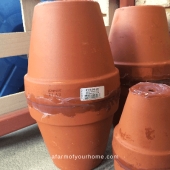 off-grid yes or no?
Thanks for all the replies! THe great thing John Is that our driller who does the bore (which is probably the same thing you mention) that he uses grundfoss pumps too. I have to get into the technical details once we decide what to do in general.
It is NOT about saving money. I think it is very clear that hooking up the grid is the cheapest option. IF it's a smart meter (and I need to find that out) then we simply don't want to be part of it. It is a political decision not helping the smart grid along and if it's a smart meter we want to figure out how to get off that grid without breaking the bank. Maybe my first step should be to figure out whether this is a smart meter or not.
show more
2 months ago
solar
Guild design program
You might look at glazy.org which has NOTHING to do with permies it is a pottery glaze recipe source. BUT it could give you some inspiration (the site is marvelous).
show more
2 months ago
online learning