Shelf stable, home made OxiClean
Ah, I wasn't being clear. I was talking about the pre-treatment kind of OxiClean, where you spray it directly on a stain and then leave it in the laundry hamper until wash time. Another usage of OxiClean is to brighten whites in the whole load, and your idea would indeed work for that scenario.
show more
5 months ago
home care
Shelf stable, home made OxiClean
I'm trying to wean my household off of commercial products (to save money, plastic, fossil fuels, etc.). Right now I'm trying to formulate a replacement for OxiClean, and this seems easy enough to do. The internet agrees with this formula:

However, this is supposed to last only 6 hours before losing effectiveness. But commercial OxiClean is something you can buy in a bottle and leave for months. Is that stuff, in fact, less effective too, or do they have a way to make it last, and how could I accomplish this at home?
show more
5 months ago
home care

A bear pushed over my apple tree; can it be saved?
So should I prune the tree and raise it upright, or let it fall and sprout from the downed trunk? I don't love the idea of leaving it down, because it's in a prominent place in my yard, and looks pretty bad lying on the ground for years while it regrows.
show more
7 months ago
fruit trees

A bear pushed over my apple tree; can it be saved?
Unfortunately, I was away from home so maybe it's too late, and maybe it was impossible to begin with.

I took a closer look and a pretty large main root is totally broken: 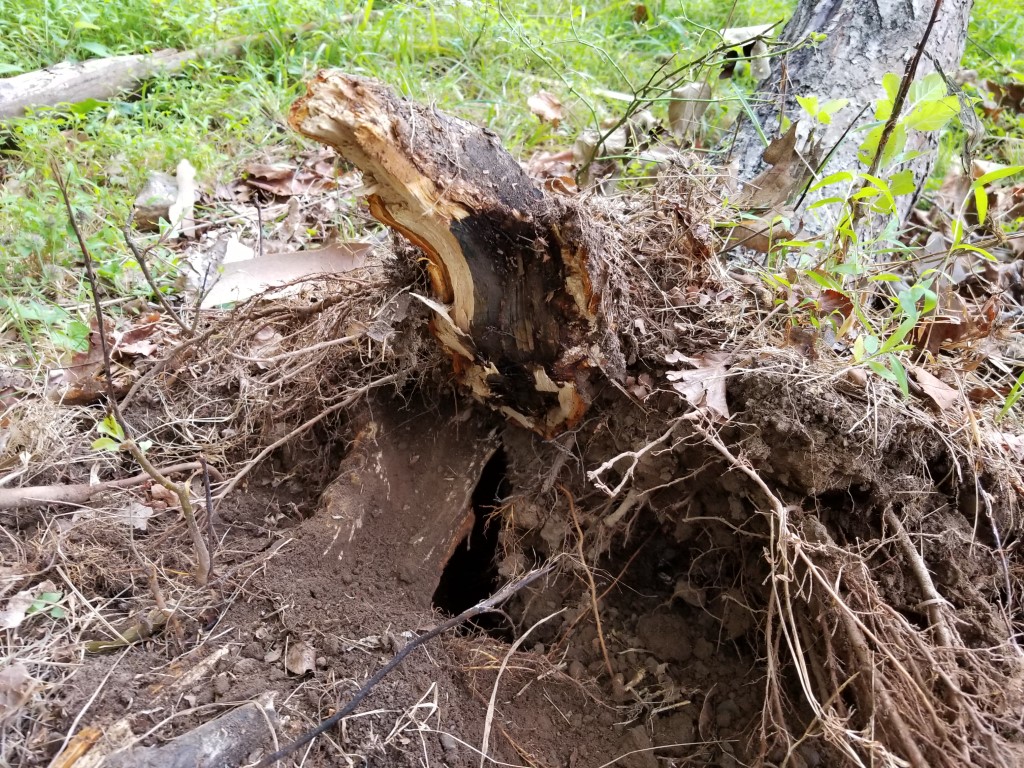 Also, the tree is big enough that I can't lift it, and I don't have the kind of power equipment to do so, although maybe I could get creative with ropes and pulleys.

The tree needed a good pruning, which I was going to do in late winter. I know that mid-summer is a bad time for it, but I'm wondering if I ought to prune the tree while it's down, to make it lighter (and, as a bonus, to be able to reach the top of the tree, which is now on the ground). Then it would be a lot lighter and easier to raise. But I don't know if more damage to the tree would be smart after such a major injury. On the other hand, if I can't get it back in the ground, more damage probably won't matter.

So, is pruning a good or bad idea here?
show more
7 months ago
fruit trees

A bear pushed over my apple tree; can it be saved?

John F Dean wrote:Thinking out loud....I have never tried  this on a bear  ....but maybe tiger urine.  I have used wolf urine to keep coyotes away.

Where would I get tiger urine? It'll be even harder to keep a good tiger than a good dog.
show more
8 months ago
fruit trees

A bear pushed over my apple tree; can it be saved?

John F Dean wrote:Electric  will help.  My own bias is a good dog.

A good dog does seem like the most elegant solution, although it's a big commitment and feeding the dog would probably cost more than the value of 100 years of apples from the tree. But I am seriously considering it anyway....
show more
8 months ago
fruit trees

A bear pushed over my apple tree; can it be saved?
Well that's encouraging. I know one should normally prune in late Fall or early Spring, but it badly needs and pruning and with the branches on the ground, this would be much easier to do, and make the tree much lighter to raise back up. Do you think it's safe to prune, or would the extra injury to the tree be a bad idea when I'm trying to save it?

I was also realizing that this bear is going to be a nuisance as long as there are apples, and apples are the point of having the tree. I'm not sure how to deal with him. I'm sure normal fences won't do much. Do electric fences work? I rather doubt it. I could sort of imagine shooting him with rubber bullets, but for that I'd have to catch him in the act.
show more
8 months ago
fruit trees

A bear pushed over my apple tree; can it be saved?
I came home tonight to find a beloved apple tree lying on the ground. I suspect a bear because I saw one yesterday climbing the same tree trying to get the apples.

The tree appears completely unbroken, except for being horizontal. The roots are a bit pulled out of the ground, but otherwise seem intact.

If I can find a way to raise the tree back to vertical, is it possible to save the tree?
show more
8 months ago
fruit trees 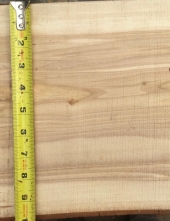 How much heartwood can you expect from a tree of a given species and diameter?
Thanks for the valuable information here!
show more
8 months ago
woodworking

How much heartwood can you expect from a tree of a given species and diameter?
I'm wondering about the following question: if I want a 12 inch wide board from a maple tree, say, how wide a tree would be needed so that after you cut off the bark and the sapwood, there's still 12 inches of heartwood left? Are there guides for this kind of thing, by species, or a general guideline for all trees, or is it too variable to give any general rules?
show more
9 months ago
woodworking