what is a really good email service?

Mike Haasl wrote:I tried the free proton mail but I couldn't find a way to import contacts to it.

I don’t know if it’s for paid subscribers only but ProtonMail has a new import feature for contacts and whole emails from your other email accounts.
show more
1 week ago
tinkering with this site
what is a really good email service?
Proton all the way. Pony up a few bucks a month for full service while you’re at it. Totally worth it.

I’ll be so happy when Google is finally extinct.
show more
1 week ago
tinkering with this site 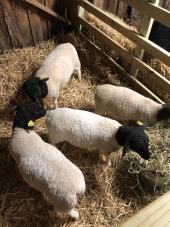 Transitioning sheep to grass-fed only

jordan barton wrote:Do they have daily access to sheep loose minerals and salt?

As far as the pasture improving. My suggestion would be to rotational graze them through the pasture you have. This will fertilize and aerate it. Have you seen the work of joel salatin?

You're right that they don't need as much protein, however, I've heard/read that some source of 16% protein feed in their growing months can help them build the body to breed well. At least that was the logic of the grain based feed that they were started on.

Our sheep do have free access to loose minerals, though for now it is a blend. I hope to offer a "mineral bar" with an assortment of separate minerals at some point.

I'm fairly familiar with Joel's work and with rotational grazing in particular. We plan to move them around with electric netting, though we're not sure what size our parcels should be for such a small flock. We're shooting for once per week parcel changes rather than daily.
show more
1 week ago
goats, sheep and llamas

Transitioning sheep to grass-fed only
The sheep are loving the orchard grass and timothy hay that I was able to find for them. They get a little too excited about the alfalfa! I’ve read conflicting claims about whether sheep should be eating alfalfa. How much is too much?

I’ll be turning my attention to improving our pasture grass composition. Aeration. Planting. Etc. I’d love any hints on how to make this transition well.
show more
1 week ago
goats, sheep and llamas
Flooring for coop

The best thing I ever did for my chickens is create a floor with hardwire cloth and NO bedding except in layer boxes. I’ve had these chickens for about 6 months and we’ve NEVER cleaned the coop once. And since it’s a mobile coop, we don’t need to clean underneath it either.

The model I built is called the Chickshaw. Of course if you already have a coop this might not help you, but if it’s possible to replace the flooring, I’d highly recommend it. 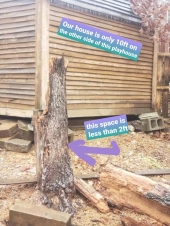 Ice storms to start the new year? Sure, why not. 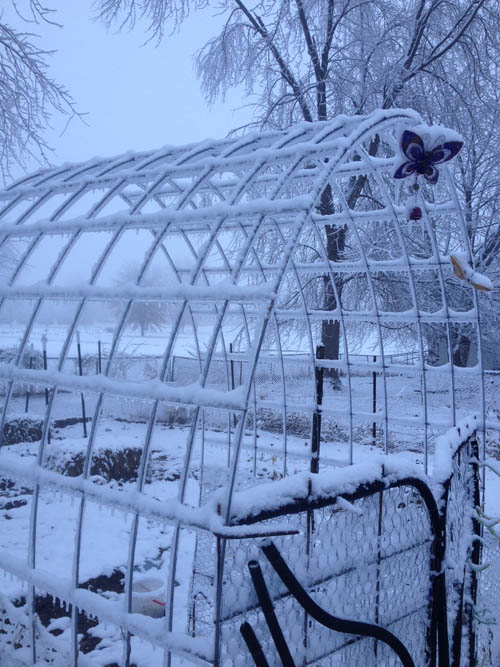 Ice storms to start the new year? Sure, why not.
We got ice and freezing rain out in Maryland too. When I went to close the chicken coop on New Year’s Eve, I found that I almost had to army crawl under the bird netting that had literally become a net of ice and had fallen under its own weight. I’d hardly ever seen something so beautiful... but annoying. I would have gotten pictures, but my bald head was asking me to hurry up and get out of there.
show more
2 weeks ago
ozarks

Lorinne Anderson wrote:"Build it and they will come"... as in add poultry or livestock and the predators WILL find you...

This was my experience exactly. We didn’t think we’d have hawk problems, but now that we have chickens in fairly certain a hawk built a nest in our small woods. Even though we have bird netting for protection, they still circle around almost daily.
show more
2 weeks ago
chickens
Hoarding vs saving
I'm loving this thread. When I was a kid, I used to love to tinker with “junk.” I can’t even tell you how many “robots” my brother and I attempted to make from spare blender parts and pulleys and the like. As an adult, I’ve found that I have a good imagination for making something out of nothing. I credit this in part to my tinkering as a child.

All this is to say that some junk, if you have the space for it, can be good for its own sake.... just to mess around with. It can be especially good for kids and teens. Of course I grew up at a time when children played... but I think it can be a learned habit still.

My wife, on the other hand, hates clutter. A good compromise, and perhaps a good way to prevent ourselves from tipping into realm of hoarding, is to have a designated space for the items we are saving and to not go beyond it. Anything outside of the “junk” section of the barn that looks like it’s no longer useful is fair game for the dumpster.
show more
2 weeks ago
zero waste

Transitioning sheep to grass-fed only

Andrew Mayflower wrote:When you don’t have adequate forage you have to feed hay and/or grain.  If you can’t get decent hay you’re kind of stuck with grain.

I was able to locate some orchard grass and timothy hay, which the sheep are getting used to. I imagine a good balance of this hay + alfalfa pellets should get them through the winter, don't you think? However, I also need to plant grasses in spring. I may be supplementing with Hay for awhile
show more
3 weeks ago
goats, sheep and llamas