Arkansas Reporting In!!!
I'm in SW Arkansas! Just rented 8 acres outside of Hope
show more
5 years ago
instructors
Central Arkansas Permaculture Folks
I just rented 8 acres in southwest Arkansas (Hope). It'd be fun to meet you guys sometime!
show more
5 years ago
ozarks
Starting a Community Garden
I've never started a community garden, but the City of San Diego's Community Garden page has an application form. They provide a phone number, (619)525-8213, which might be helpful in answering your questions. The San Diego Community Garden Network sounds like a good resource and also a good place to register your garden so that other people can find it once it's up and running.

I'm interested in hearing advice from Permies with more experience in this area!
show more
6 years ago
projects
Free Tsu social media pays users for content
Tsu is a new social media website much like Facebook, only it pays 90% of its ad revenues back to the users based on their participation. I joined a few days ago and have found some other users who are into permaculture, sustainability, etc., but would like to see more! Tsu is free to join but requires an invite from someone who is already a member. The interface is almost exactly the same as Facebook. They haven't added a "groups" option yet; instead they have "families" based on who invited whom. So, everyone who accepts my invite becomes one of my "children", and I would get a percentage of the revenue from their content. Likewise, Sustainable Man (whose invitation I used to join) will get money from my content. This sounds kind of like a Ponzi scheme, but the money comes from ad revenue rather than from the users themselves. Spammers are quickly reported and banned.

Bottom line is, I think this would be a great tool to spread some good ideas. It is not a get rich quick scheme, more of a "pennies that slowly add up" type of deal. Those who are interested can use my invite to join: https://www.tsu.co/JennQ ...or find someone else you would like to support and get an invite from them

The possibilites of living willow structures?
I found some neat examples of things people are doing with living structures and wanted to share: 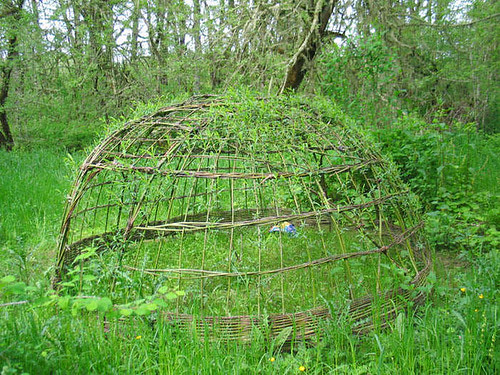 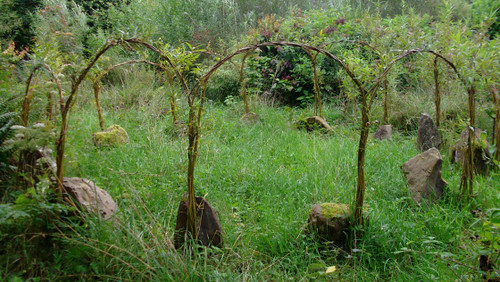 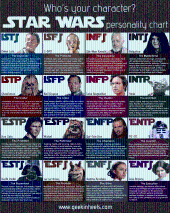 I'm an ENTJ, what are you?
I'm an ISFP ("Artist"). Beekeeping has been a good fit for me because it allows me a lot of freedom to be close to nature and do my own thing. My partner, who is an organic farmer, is an ENFP ("Inspirer").
show more
6 years ago
meaningless drivel

Do I need to do anything to the entrance of my hive for winter? Also, unpainted box question
Having an entrance reducer helps the bees defend their hive from other bees and wasps during a dearth. A mouse guard might also be a good idea, especially if you live in a colder climate. The time to take out the reducer completely would be when the hive is strong and you are noticing a "traffic jam" at the entrance as foragers return and are having to wait to get inside.

As for the paint, some beekeepers (Michael Bush comes to mind) don't even bother with it. I would be more concerned about the wood warping than the bees themselves; they are pretty good at regulating the climate within their cluster. A little ventilation at the top will help prevent condensation. As a disclaimer, I haven't yet tried unpainted boxes so I am just guessing here... 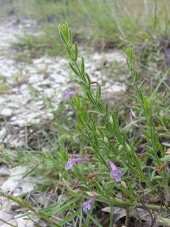 Deb Stephens wrote:So... great teamwork. I love trying to figure these things out, don't you?

Deb Stephens wrote:I love arugula by the way, and would really like to know if these taste as good. Let me know if you try them. Bon apetite!


The taste is strong, bitter and peppery--think radish on steroids! I bet they'd be a lot milder if grown in cooler, wetter conditions. It would be a fun experiment to try and come up with a salad-worthy version using selective breeding; in any case I'm holding onto a bunch of the seeds for my future garden...
show more
6 years ago
plants

Deb Stephens wrote:Having 4 petals and 6 stamens usually indicates a brassica of some sort... And do let us know when you find it


Ok, I've done my homework and I think I've found a match! I had to look at the seed pods to be sure. They match this picture:

Wall Rocket or Diplotaxis muralis, also known as “stinkweed”, is basically a wild relative of modern Arugula. Its pungent scent is due to glucosides, which are cancer-fighting polyphenols present in all members of the brassicaceae family. Glucosides are also found in sesame seeds (sesaminol glucosides), so I’m guessing that’s why I thought it smelled like sesame oil?? It was brought to the Americas in ships’ ballast sand and is originally from the Mediterranean region. Supposedly it is good to eat.

Thanks again, Deb, I really appreciate your help in identifying these plants

Deb Stephens wrote:I think the first one is probably calamint.

Excellent! Thanks to your lead, I think I have a positive ID for this plant as Calamintha Arkansana Ozark Calamint. It is apparently native to the U.S. and somewhat rare, so I will be propagating it and sharing with anyone who wants some. According to the North American Native Plant Society, C. Arkansana likes soil with a pH of 6.8-8.0 and does well in rock gardens.


Here is a picture of the flower from the second plant: 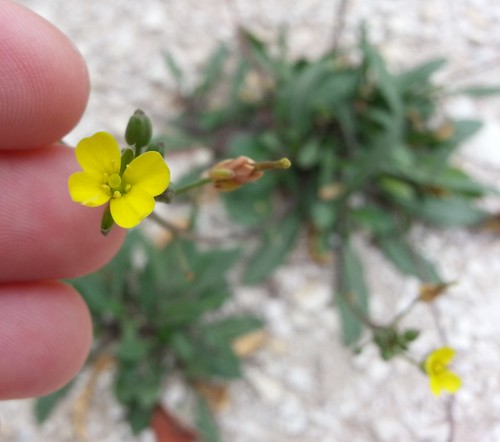