How do I keep my worms from escaping?
If you set them free and they leave, they were never really yours in the first place...

But seriously, I would put them in a place where, if the worms escape, they will be beneficial regardless. I think connecting to the ground has more benefits (biodiversity, water and temperature moderation, leaching into the garden), than cost (possibly having worms leave bin). If we give them food, water, shelter and space, in moderation and from diverse, organic sources, they will reproduce prolifically. I think the main challenge is balancing moisture, and having adequate carbon rich material can help greatly with that.
show more
2 days ago
composting
Actively Aerated Compost Tea (recipes? Uses?) Plus some direct questions!
Good thread Dan. I would differ a little from the previous posts but not greatly. Mainly i wouldn’t be to stressed about it all. Air stones can work fine, but are not ideal long term due to the clogging potential mentioned above. Good compost, good water, lots of air, and microbe food and you will be fine. I even add weeds, yarrow, comfrey, horsetail or other dynamic accumulators to my teas for their chelation and nutrients. If it smells good, it’s good tea in my experience. I would agree about mulching before applying the tea, as the mulch will become inoculated and provide food and shelter for the soil microbes. I also inoculate my woodchip piles before spreading if I can. I would also think that a bacteria rich worm tea would be a good start, as the is would create a food base for future fungal dominant teas. I like to use duff and decomposing wood from old growth forests nearby for my fungal inoculant. If possible, I also base it all on fish or duck pond water for nutrients and microbes abound in it. It is hard to go wrong with an oxygen rich environment with diverse biota and nutrients (and you don’t need much of any one thing, just a little of everything).
show more
3 days ago
composting
Forming Permaculture Village seeking helpers and renters in Oregon
I’d encourage any permies interested in Southern Oregon to check out Del Norte County just across the CA border. The town of Crescent City is not as cool as Ashland or Brookings, but it’s close enough to them via beautiful drives, and in my opinion the scenery is even nicer here.  The weather is similarly varied as you go from coastal rainforest to Mediterranean as you go inland. Choose your own weather in the summer between 55 and 100f. The Smith is the best swimming river in the west in my opinion, and I’ve hiked all over. The land is generally cheaper than in southern Oregon as well, and many great off grid spots that were overpaid for in the green rush have come back down to earth (We got our place on 25acres for less than 2/3 the peak asking price). Again though, these will have to be bought cash due to lack of bank financing options off grid. Rogue Credit Union is trying to help finance such places in this region, but if permits aren’t all perfect, they can’t help, and fully square permitting is rare in this area. Good luck to you!
show more
3 days ago
intentional community

A quick test to figure out when to water your plants
Many plants will change their leaf position when water stressed to reduce sun exposure. In my opinion (shared by many, including those I learned this from), the best time to water is when they show mild moisture stress, pointing their leaf tips upward “praying for rain”. If they begin to droop this is a sign of extreme water stress that is not beneficial, but if you get them when they are “praying” it seems to encourage deeper rooting.
show more
4 days ago
gardening for beginners 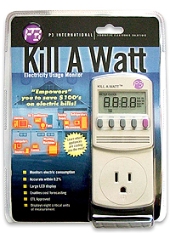 Range Recommendations for off grid with solar and gas
We are looking to replace our old gas range. We aren’t looking for many extra bells and whistles in a new one, and especially not if they require much electricity draw.

Anyone know what a gas range with a digital clock, and possibly a convention fan would pull? It’s hard to reckon based on what the specs tell you online, which generally focus on the gas usage and BTus. My wife’s main complaint about the design of the current range is the broiler being on the bottom, but it seems that the ones with the broiler on top of the oven require a fan, which pulls electricity, but how much?

We have 2400w of solar panels, a single 4-string of lead acid batteries, and a diesel generator for backup power, which was all set up when we bought this place in December 2019. Basically, plenty of power when the sun shines, but not much battery so diesel power at night if it’s cloudy all day.

It’d also be nice to have a burner that can run somewhere between off and burning the hell out of everything. My wife is a great cook, and I like to cook as well, so something that is enjoyable and easy to use would be ideal, but it’s not like we are going to start a commercial kitchen. Also, getting away from a pilot light seems like a safety plus. My aesthetic choice would be a big old black cast iron beast, but those seem hard to find and probably had challenges of their own for the user. Thanks for your thoughts and recommendations.
show more
6 days ago
cooking

Good fruit/nut/edible trees to grow from seed
I have hundreds of apple seedlings growing from mash covered with woodchips on a hugel bed, all off our 2019 Crescent City Food Forest harvest festival apple pressing. These came from gleaned fruit and apples brought by the public. Inspired by Sepp Holzer’s books, this seems to work for a prolific amount of seedlings to select from. I will get some pictures shortly.
show more
1 week ago
fruit trees 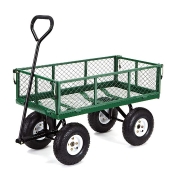 Good long-distance wheelbarrow/cart?
Does anyone have experience with comparing a gorilla cart with a two-wheeled wheelbarrow? I find the latter to be so much better than a single wheeler that it is not really a comparison. The single wheel’s only benefit is on very narrow pathways, which I avoid designing now anyhow. The two wheeler needs only one hand to move most loads, doesn’t require arm exertion for stability, can be pushed or pulled, and turns on a dime. The main benefits I see to a gorilla cart are the flat surface for moving plants or buckets of liquids, and the potential attachment to a tractor or atv. However the big one weighs 87lbs! Am I wrong for thinking unless you plan to tow it the gorilla cart is a heavy, costly redundancy to a two wheeled barrow?
show more
1 week ago
gear

* Welcome back Yury Smirnov, of Ecominded.net, for Fokin hoe giveaway!!
Anyone else forget what these were called, then started typing in "Russian hoe", only to realize just before hitting enter that I was on a work computer and this was going to get a lot of unintended search results?
show more
1 week ago
gear 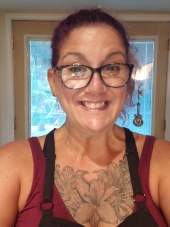 Writing my final chapter
Hi Tara, hope all is well and again, welcome to the site.

Don't tell any non-permies, but far NW California (Del Norte County) is on the warm side of the NW climate, and has the cheapest land and water in CA. I have been up and down the west coast as a PCT hiker and park ranger/restorationist/educator/trail crew member, and there is a reason I settled here. The world's tallest trees, highest biomass forests, greatest biodiversity of soils, largest undammed river in the lower 48 (Smith) with the best swimming holes on Earth (IMO), an amazing rocky pacific coastline with 7000ft peaks in view therefrom, the Siskiyou Mtns, and the lowest population density in the lower 48 as well.

When I first moved here, I was warned its "Calabama" or, "Caltucky by the sea" culturally and politically. It can be in good ways (something resembling what I have heard about southern hospitality, and earnestness, as well as a great DIY culture) and bad (remnants of the now unviable resource extraction economy, racism, idiotic protests and politicians, and the laziness of thought that accompanies these things), but I have made many friends and we have a great little community of permies and outdoors people. We have even started the Wild Rivers Permaculture Guild, which is chugging along while trying to respect health concerns at this crazy time. SW Oregon is included in this guild, and is also full of beautiful places, but the land seems slightly pricier. If you are relatively insulated from this economic crisis, at least enough to still be looking, this would be a great time to buy around here or anywhere else. Good luck.
show more
2 weeks ago
personal challenges