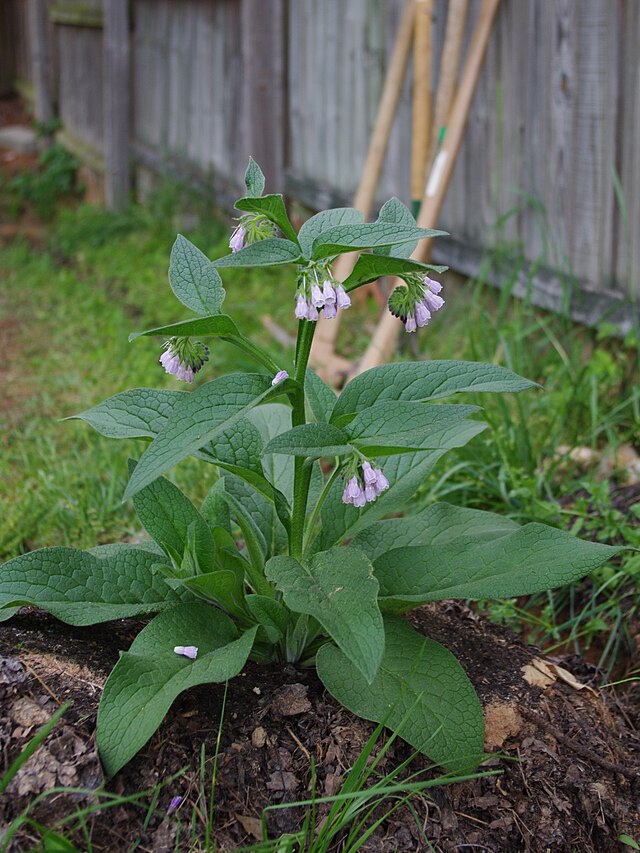 Making potting soil from wood chips
my take is that it would need some perlite or sand as an addition.
the particle size would be better than rock-dust.
in fact, i would use sugar-sand (large particles)
it would take a little time for microbes to start to pull nutrients, but not long.

and yeah, wood-chips that are not properly composted can lead to a N deficiency
adding N can help, but better to have them composted well.

also, my experience with coffee-grounds is that they need to be turned, sifted and dried
if not, they can get gooey and anaerobic.
adding sand, or something to keep a bit of air pockets in the media helps a lot.
mix well...

Could I make absolutely FREE quality potting mix from what's around?
i like using %20 local soil.
most of it i use has had lots of organic material in it over a period of a few years
and the underlying soil is fine sand with a little silt+clay.
sugar sand (large particle sand) like most beach sand, is excellent IMO, its a great size for roots.
i would make sure its washed if it came from a salt-water beach.

composted leaf mulch is excellent, feeds the plants, and adds lots of microorganisms...

i get 100lb of coffee grounds from starbucks every couple of weeks.
(sometimes they will save it for you, if you ask nice), or just stop by often.
used-coffee-grounds (UCG)  usually need to be dried, if not fully composted (best)
%20 max on the UCG (%10 to %15 is better IMO)

lava rock on the bottom of containers helps drainage... the roots will actually hold on to the rocks getting into the pores.
i use lava rock and leaf mulch on the top also to prevent water loss.

Planting in woodchips—what do you do for fertility?

Dave de Basque wrote:
Wow, what a recipe, Brad! That stuff must be dynamite! I am not set up too well to try that out now but I definitely plan to later. With the added advantage that coffee grounds keep snails and slugs at bay. And something better to do with grass clippings, keeping it from going anaerobic easily. Genius.

Sugar sand -- that is a derivative of the maple sugaring process? Any substitutes possible for the unfortunate sods that don't live in Vermont or Quebec?

sorry, here , we refer to "sugar sand" as just a rough sand (large particles - like most beach sand)
because most of the sand we get is river sand, which is small particles, closer to clay.

the key is to mix in something, anything, to let air in.
you could run hay through a chipper, or sticks and stems, or even use finely ground wood chips.

the BEST compost i ever made was 1 bag of grass clippings, 1 bag of coffee grounds, 2 bags of wood-shavings.

i got the shavings from a cabinet maker.
the bags were 5ft tall 3ft wide, and finely shaved wood.
the grass, coffee, urine, fish all turned into a beautiful compost.

Planting in woodchips—what do you do for fertility?

Dave de Basque wrote:A big pile of fresh grass clippings is loaded with nitrogen and will turn into a hot pile of slimy sludge in no time flat. Maybe let it start to decompose a bit, but not completely, and then put some around each plant?

And I don't think maybe 10:1 dilute urine will hurt at all actually. It's sterile when it comes out, and nature has a long time to transform it into a lot of different things before you harvest -- that's a long time off!

Just the thoughts off the top of my head.

ive tried to work with several bags of grass clippings at once before.
i used a hard-rake to try and turn them
not fun. almost impossible, and lots of work.
if not turned often and thin, they can go anaerobic... bad microbes rain will filter down into your plants
or whatever you put them on.

best to lay them out thin, a couple inches at most. (depending on heat and moisture)
and/or mix them with ANYTHING else. the difference in size will let air in.
sand, wood-chips, gravel, hay etc...

i get 70 to 100lb of coffee grounds at a time
i throw 2 bags of slightly brown grass with a bag (80lb or so) of coffee
mix well, add 20lb of sugar sand and wet with a mix of %20 urine and a little fish.
turn daily for 2 weeks.
use as top-dress compost.

Root Pruning containers, experience (and ranking)
i buy the cheap 3 and 7 gal containers 75cents i think for 7gal
i use a knife to make several slits through the sides.
has been working well except they seem to need water a bit more often

its summer now, and i am in New Orleans (90s temps)
black containers can bake soil....
i often paint them white, and even double them up.
or place several next to each other and mulch on top.
show more
3 years ago
plants
Should I buy Red Wigglers to populate my raised bed garden?

i am in New Orleans (Zone 9)
but they stay alive here.
i have a few raised beds, and between the plants i keep cardboard on top
and often wood-chips or dry-grass on top of the cardboard.
under it, i often add food scraps, coffee grounds, dry grass etc...
those worms will eat decomposing leaves and plant material also.
but my food scraps (mostly fruit peels and veggies) + coffee grounds is a lot of food for them.

i see them fairly often, and they are definitely red-wrigs.
i even found one 4ft in the air, inside a decomposing sunflower stalk.
it was 20ft from the beds. they are all over my yard now.
i do a LOT of chop+drop though.
but the cardboard is perfect to keep the moisture in and sun out.
i just have to add another layer 2-3 times per year.


carlson yeung wrote:It would be really nice if I had red wigglers running all over my garden. I'm told it can't be done because they're composting worms. Then I thought... wait a minute! They were around long before humans began officially composting in bins.

One person advises that red wigglers won't survive winter here. But, another tells me that their eggs will overwinter and I'll have a new batch of baby worms come spring. So, nature has taken care of that part. Then I'm told that they eat food scraps and not decayed material in the soil, so they will starve to death if not in a compost bin. But another one tells me that's ok too, because they also eat decaying wood particles, compost and manure in my soil, and the decaying woodchip mulch in my pathways.

The soil sucks, because I just bought it and put it into my freshly built raised beds last month. It appears to be a mix of sand, manure, and wood fines. The wood mulch in the pathways is actually playground wood chips (softwood with no bark) because I couldn't get arborist wood chips. In another month, my plants will be big enough that I can start chopping and dropping leaves to mulch the raised beds.

Does a permie have a definitive answer to the question: Should I buy Red Wigglers to populate my raised bed garden? 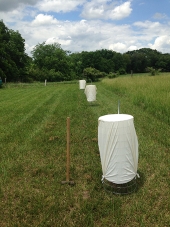 John Saltveit wrote:Brad,
This is my experience. I have several that I have planted from seed, in partial shade.  They grow and as they get bigger, they will be in full sun and produce fruit.  We have bone dry summers, so some deep watering is necessary, as they come from humid and rainy summer areas like US South and Midwest.
John S
PDX OR

thanks
i am in New Orleans, so water isnt an issue.
it rains a lot, and the water table is high.
show more
4 years ago
fruit trees

May Ree wrote:We are also planning on Paw Paws for the spring, and I understand that they need shade when smaller, but am confused about how much sun they eventually need. Can they be productive in partial shade as mature trees?

good question.
i look to nature, and figure after 3-5 years they will grow enough to start to peek above the canopy of other trees in the area.
and i am guessing getting a little more and more sun the higher it gets.

i have an area in my yard that gets 2-3 hrs of direct sun, and the rest of the day, shaded by the garage.
i also have bamboo growing, so in summer it will be shaded a little more.
the garage is about 8ft.
i am hoping once the plants get that tall they will be OK.

and also hoping the will get that tall after 5 yrs.
they are only about 3ft tall now (just got them in)
https://www.justfruitsandexotics.com/JFE/product-category/fruit-trees/pawpaw/

also got a raisin tree and a CHE.

Pawpaw trees question on shading (Asimina triloba, not papaya)
i have some being delivered today actually.
i did a good bit of reading, and after 3-4 yrs old
they should be able to handle full sun
especially in your zone. though, im not sure i would plant them in a very dry area with full sun,
unless you have irrigation.

not sure how you would do that in an open field
except maybe keep them in large pots for a year or 2.

also...
Pawpaw usually  put out a VERY deep taproot.
if you have to keep it in a container, it should be very deep.
or, you can look into pruning the end of the tap-root..
im no expert on that, but it should stop it (the tap) from growing ,
and it normally doesnt hurt the plant, but, Pawpaw may be different, im not sure.
i would ask a Pawpaw pro