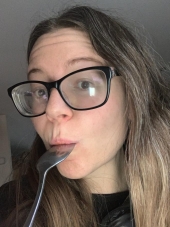 Jen’s Boot Camp and Allerton Abbey Experience
You can follow our new adventures in Texas here, for those who are interested:

https://permies.com/t/164891/Alternatives-concrete-footer-stem-wall
https://permies.com/t/165261/Passive-cooling-humid-subtropics
show more
1 year ago
projects
Jen & Josiah's Permaculture Project in Texas
Josiah and I are leaving Wheaton Labs to get married and care for my dad and his ranch back in Texas. We're so grateful for the people we've met at Wheaton Labs, the amazing things we've learned, and the opportunities it's opened up for us. In our first year or two in Texas, we are planning to implement holistic planned grazing of the cattle, build a tiny home out of natural materials to live in for our first few years, and start working our way through a long list of other cool projects. We'll be documenting what we're working on (probably starting with a rocket-fired outdoor kitchen for catering our wedding and plans for the aforementioned tiny house) here going forward, starting in mid-September when we arrive. So stay tuned to this thread for updates!

Alternatives to concrete footer/stem wall
I am imagining it will be anchored with threaded metal rods embedded in the concrete and bolted through the wooden plates. There are some high winds, although we are inland enough not to get direct hurricane winds.

Regarding the separation from the ground, I want four things:

I’m thinking that the gravel-filled space achieves these. There will be a sealed cob floor flush with the top of the footer, which should form an impenetrable ceiling for any termites before they can access the wood from inside the perimeter of the footer, and from outside they will be easily visible before they reach wood (and hopefully will get bored crawling over a foot of concrete and not bother).
show more
1 year ago
natural building

Alternatives to concrete footer/stem wall
Some more info/synthesis of info about the build:

We're not interested in using cinder blocks, urbanite, etc. because of the toxicity issues (use of fly ash, etc).

The earthen floors I have built before just had timbers sills to retain them, rather than stone or concrete, but yes, they need some kind of retaining wall, and in the humid subtropics where this build is going to occur, wood is out.

We are leaning toward concrete (we are fine with making the forms and pouring concrete), but are looking for alternatives due to the toxicity issues and high embodied energy in Portland cement concrete. We would have to buy stone and have no experience laying it, so it's probably out, although I might consider slip form rock with lime mortar, but not sure about the structural integrity without cement mortar. Bricks seem to have at least as much of a toxicity issue as concrete (although a lower embodied energy), but we probably won't go that direction since commercially available and/or salvaged bricks seem likely to present more of a toxicity issue than the concrete.

I'm guessing that the ground-floor-wall interface will look something like: gravel subfloor filling most of the space (probably 12-18") between grade and the top of the stem wall, covered by a few inches of earthen floor to bring it up even with the top of the stem wall (on which rests the bottom plate of the stick framing). It's not very elegant, but it leaves a foot+ of space between any wood and the earth, which is what I want, although it's not really inspectable for termites if the space is full of gravel. However, I can't figure out how to have it be hollow and have an earthen floor, and we really want the thermal conductivity of the earthen floor for cooling purposes. There will probably also be earth tubes for cooling running through the subfloor and up into the living space.
show more
1 year ago
natural building

Passive cooling for humid subtropics
We are exploring passive cooling technologies for the humid subtropics, where evaporative cooling doesn't work too well and there is little in the way of a diurnal swing (or, for that matter, much of a seasonal swing, relatively speaking). Ideas?
show more
1 year ago
natural building

Alternatives to concrete footer/stem wall
Roman concrete is an intriguing alternative, but relies on a specific type of volcanic ash: