I am in the process of doing the same thing (also in zone 7a).  Some things that I've planted already include Ilex vomitoria (a native evergreen, good for tea), Photinia fraseri (non-native, but cheap and quick), Ilex glabra (native shrub), Pinus taeda (I got free seedlings), Chaemacyparis thyoides, Magnolia grandiflora, and Cedrus libani.  I've also mixed in some Miscanthus and wild plum (deciduous).  It's a bit if any odd mix of native and non-native, but I'm more concerned about function and cost vs aesthetics.

The strawberry trees that I planted didn't survive a relatively mild winter.  I'm looking into getting some nut pine species to add in this year, and I've also been considering Canadian hemlock (which is not poisonous) due to its day growth rate.

This screen is on a north facing line of my property,  but is open to full sun in the south side.  I've planted a number of small edible trees and shrubs in the area south of the screen plants.

I avoided eastern red cedar due to not wanting you encourage cedar apple rust in my susceptible fruit trees.  I also avoided arborvitae and Leyland cypress because of their susceptibility to regional diseases and pests. Also bamboo would go crazy in my deep silt loam soil!

Virtually everything I planted were small bare root plants or cuttings I propagated. . So,  it will take a few years to fill in and serve as a screen.  They look good going into year two (some,  year 3) though. 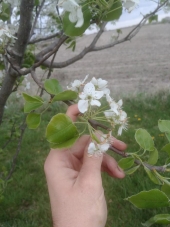 What kind of trees are these? Pear
Bradford Pear.  They are invasive in my area.  They also are weak trees due to the crotch angle of the branches which leads to bark inclusion.
show more
2 years ago
trees 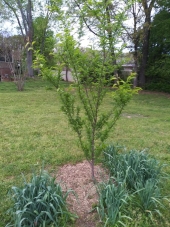 Anyone living in Tennessee??
Hi Dianna,

My wife and I are building off grid in cannon county. Property here is affordable and little to no building codes. There are a number of off gridders in the area.

Good luck finding the right location for you! I'd be happy to tell you more about the area if you want.
show more
4 years ago
southern usa