I'm in Australia and looking for Manihot Grahamii (Hardy Tapioca) either stem cuttings or seeds.

It looks similar too Cassava which it is related.

It may be a weed in the northern parts of OZ or maybe an ornamental.

Plan to use it as rootstock for grafting cassava.

Anyone Got Carob Trees?.....Named varieties?
Hi

Is anyone in Australia growing named varieties of carobs?

I have access to Clifford and two local Hermaphrodites .

Please let me know as i'm looking for bud wood for grafting.

The pic is of a local Hermaphrodite. 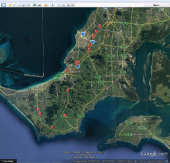 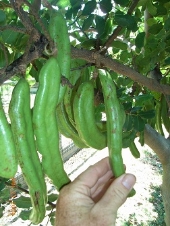 Would anyone like to swap some carob budwood/scion
Hi all,

Anyone in Australia who has a named variety of carob....say Sfax or another female?

I have a pod producing tree i'm fairly sure is a hermaphrodite and can do a straight swap?

here are a few pics of the tree. 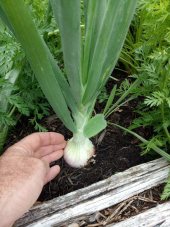 will be updating soon once i plant my tomatoes and sweet potatoes, i'm soooo behind this year
show more
3 years ago
seeds and breeding

To cut a long story short birds/possums nicked my fruit but the plants all survived the winter (no frosts to speak of).

They ended up looking a little sad but cut them back hard and they are re shooting now as it warms up..................they flowered all winter!

Last season i did do a cross between these F1 hybrid Habrochaites and my Kumato x Black from Tulla.

The Kumato is a modern black tomato that has very good vigor and cold tolerance, taste is very ordinary.

I seedlings are shown below with some showing signs of the distinctive serrated leaves.

I plan on doing a frost test in the freezer soon and will also bias towards the serrated leaf type.
show more
3 years ago
seeds and breeding

How I Fold seed Envelopes
thanks! will try it soon

Potato Onions from true seed - grow journal
they look great very distinctive shape.....our season is just about to start so hoping for big things too
show more
3 years ago
seeds and breeding

Very interesting I've used a lower tech method with kitty litter (crystals) in a sealed container to dry seeds and pollen before freezing but never thought of vacuum!

here is the doc in English via google translate not pic but it will do for now.....didn't attached see paste

I'm just thinking out loud here but this opens the door to swap or trade pollen!...........the mind boggles.