Old Arrow wood stove
I've moved and no longer have this stove. Just FYI. I won't be able to answer questions on this stove.
show more
4 months ago
wood burning stoves

Old Arrow wood stove
Wow! Amazing that you have one too, and know how to do this. I'm not feeling well right now and have actually stopped using the stove because of the smoke.

EDITING NOW: Since this is a rental and the owner does most of the handyman work, I'm going to let him clean it out someday. I already gave away all my wood and have been using a propane forced air heater in this mobile home. I had noticed the bolts on top but don't have tools and thought it should be working without taking it apart. I guess that's why they changed up the model and made it easier to open.

I'm so glad you responded to this and solved my mystery. I might have the guy whom I gave the wood to give it a go, but he is a little slow.

Thanks so much.
show more
1 year ago
wood burning stoves

Old Arrow wood stove
So I'm back again this year with the same stove. It isn't getting any air without propping it open, and then I get smoke in the house. Landlord cleaned pipe, replaced parts on roof, and says it is well underneath of the mobile home. I'm thinking it's not well under the mobile home. Any suggestions for the landlord?
show more
1 year ago
wood burning stoves

Old Arrow wood stove
Well I hope someone sees this. I used the stove last year with the door open. Now I want to try again but can't remember which way to move the lever on the bottom that supposedly lets air in. Has anyone found any more information on this? I must have seen a drawing somewhere that showed open and closed but I can't find one.
show more
1 year ago
wood burning stoves 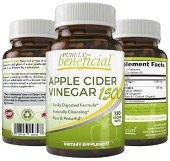 Gout and blood type - might there be a relationship? And the gallstone connection.
I've never had to gout. Mostly hear about men that have it. But I've had a huge more than an inch gallstone for many years. It never bothered me until this year, supposedly. I had vomiting and diarrhea and they were ruling things out and did a scan and decided it was the gallstone blocking a duct.  I'm not sure if that was it or not. Of course they want to yank your gallbladder out right away. I wasn't having it. I also had two ear infections and decided to go ahead with the anabiotic's for that. So after that all my symptoms got better and I went back to having occasional heartburn. Don't really feel like eating like I was eating last year though.

I listened to doctors online and did the research on the gallbladder. The best information I found was at gallbladderattackcom.  Learned the amount of food you eat in one setting has a lot to do with problems. Also learned that it's not the fat it's the carbs. I basically eat whatever I want. A few months ago a cheeseburger would make me run to the bathroom. But not anymore.

My blood type is A+ but I don't believe in going by that.  I do think everybody's body uses food differently and that no one diet is good for everyone. See  http://www.mensahmedical.com/what-are-biochemical-imbalances/ They've even changed their mind that kale is good for every cancer patient.

Next month I'm having blood work to show how my body works with methylation, etc. The book, "Nutrient Power" by William Walsh explains about how they use testing to formulate a nutritional supplement that is uniquely for you regardless of your blood type.

I'm going to talk to a G.I. specialist in a few weeks. They can snatch stones that are caught in ducts with something that reminds me of those cranes in the toy boxes.  Mine is still in the gallbladder but I thought I'd ask about it anyway. I've heard they can laser them (or use ultrasound but I think that's old-fashioned now). You'd think that if my duct were blocked I wouldn't be functioning as well as I am. I'm taking NOW brand super enzymes with ox bile and Hcl but I don't think that's the only thing my body is using. https://www.swansonvitamins.com/now-foods-super-enzymes-180-caps?otherSize=NWF099&DFA=1&UTM_Medium=Shopping&UTM_Source=GOOGLE&UTM_Campaign=SWAN_National_Gen_Shopping_Null_Null_All+Products+4055-01+Digestive+Health+and+Fiber&UTM_Content=PRODUCT+GROUP&SourceCode=INTL4055&gclid=EAIaIQobChMIvfOU0Iuz1wIVSmx-Ch3l9AIyEAQYASABEgJ5D_D_BwE

(Can't format on the phone.)
show more
2 years ago
food as medicine

Looking for natural help for brother-in-law with A-fib
Thanks so much.
show more
2 years ago
medicinal herbs

Looking for natural help for brother-in-law with A-fib
Any links or referrals will be appreciated.
show more
2 years ago
medicinal herbs

Old Arrow wood stove
Thanks for your help.

Yes,  this is the manual I have and have read. The landlord installed the stove according to the instructions. The door fits snugly onto the box. I use the fan and it doesn't affect the fire.  I've talked to Heatilator and they suggested talking to a local supplier. No one sells theses stoves anymore. I'm planning on going into a store anyway just to talk. I have a propane heater also. I'm just trying to save the cost of propane. Thanks again for all your work.
show more
2 years ago
wood burning stoves

Karen Donnachaidh wrote:"I'm renting a mobile home and it came with it. "

For liability reasons, speak to your landlord before trying to figure it out on your own. I'm sure he/she will be glad you asked and glad to instruct. Good luck.


I have but in the meantime he's been in a bad car accident.  He cleaned everything really well and put new parts on the top.  Also he lives six hours away.
show more
2 years ago
wood burning stoves

David Livingston wrote:There are so many things odd with this fire I just dont understand how it is supposed to work  I wonder if it has been "repaired " already

or something taken out .


That's a good answer. I will try to investigate it. I emailed one store and they were no help. I'll try to visit a local store and see if they know anything.
show more
2 years ago
wood burning stoves