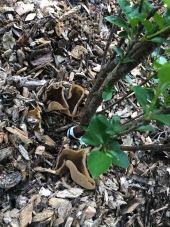 Just a picture.
I like to imagine these mushrooms collecting and funneling water to the roots of my new Carmine Jewel bush cherry. 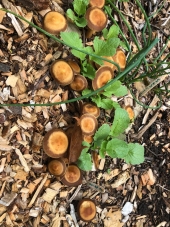 These are popping up everywhere.
Yikes! I hadn’t planned on eating them, but this gives me a little extra oomph for my 5 year old twins.

“See this mushroom? Don’t eat it. Because you will die, for real.”
“But daddy, we ALREADY know not to eat mushrooms  we find. Those are for the fairies.” (Massive eye roll)


I really appreciate the reply! And,  I’m happy to have them breaking down my wood chips, though! 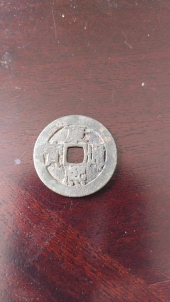 What's the weirdest thing you've dug up?
Wow! Do you have a picture of it?
show more
1 week ago
earthworks

These are popping up everywhere.
They were very happy with yesterday’s rain. They like my wood chips. Any one have any idea what they are? 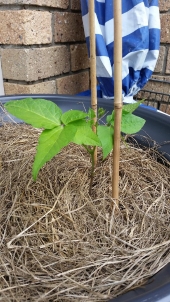 Runner bean plant not getting any taller?
It might be putting a lot of energy into root development, too, especially if it suffered some damage. I wouldn’t worry.

What's the weirdest thing you've dug up?
There was the day we thought we were about to discover a body.
We had just moved into our house and were poking through an inherited brush pile to see about cleaning it up. Our home is in a historic neighborhood with small lots, and a brush pile just didn’t seem like the best use of space, not to mention an eyesore. Moved some branches and found what felt like plastic buried in leaves and hummous. We started tugging on it, and it became apparent it was a tarp. And it was heavy.

As we kept pulling it out and unraveling, we started finding the odd tool and other debris. And it was clear that it had been rolled up, and had something heavy at the center. This tarp was huge. Then the nature of the debris we were finding changed and things started to get weird. There was a hat. Then a shoe. And then another shoe. And a paint scraper that was broken off in a way that looked very much like a shiv. That was the point where we started to discuss if maybe we should stop digging and call the police, just in case it was an old crime scene.

In the end, we kept going, and the huge lump in the middle turned out to be just a huge pile of lovely earth. We told the story to the neighbors, and they were able to fill in some blanks.

It turns out that the last time the house was painted (possibly in the 1990s), the painter stopped showing up and didn’t return phone calls. Eventually, the previous owners found another number for him. They called and asked to speak to the painter. The woman on the other end said “who wants to know?” They explained the situation, and asked if he was coming back. She replied, “well, I’m his mother, and it’s going to be a while before he gets back. He’s in federal prison.” TheY asked what they should do with the ladders and other stuff he’d left behind. She said, “I don’t care, sell it for scrap.” So I guess that’s what they did. And the other painting detritus they wrapped up in his tarp (which was actually a friggin pool cover) and dumped in a corner of their yard.

So that’s the strangest thing I’ve dug up.
show more
1 week ago
earthworks 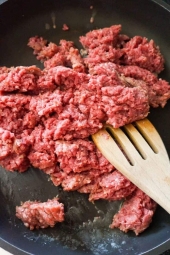 How to Use Less Ground Meat in Recipes
Load up with mushrooms! Diced mushrooms cooked down with a healthy amount of butter can really make a little bit of meat go a long way.
show more
2 weeks ago
cooking 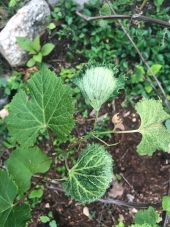 What pernicious plague kills my concords and murders my muscadines?
I don’t know if they’ve gotten to your area, but I’m hearing that here in Pennsylvania, the invasive spotted lander fly is wreaking havoc with grapes. Not sure what the damage looks like, though.
show more
2 weeks ago
plants

Permaculture and poisonous snakes.
Wow.
I have nothing useful to say, other than that you’ve really put my problems with slugs into perspective. 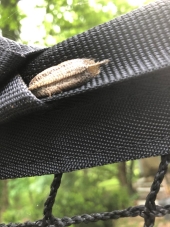 Chrysalis? Egg mass? Any idea what this thing is? - Praying Mantis eggs!
Well, at least I’ll be hanging out on a trampoline. It’ll be fun, for those 3-10 weeks.