WW I followed by the Great Depression, followed by WWII
The forum on clutter and hoarding made me think of this.
My great grandfather was born in 1870, my grandfather in 1898. I knew both men for over 17 years.
In the 1980’s I was in my thirties and my best friends had been born in the 1910’s.
One couple, university professors, and one college educated nutrition and organic gardening and farming activists from 1945 up until their passing in the 1990’s.
All of my great grandfather’s kids grew up on a farm without much money, and all graduated college and had successful careers.
My grandfather, grandmother, and mother (b.1930) to be, and her two brothers, spent 3 1/2 years in a civilian Japanese POW camp in the South Pacific under harsh conditions and severe conditions for the last 1 1/2 years during WW II.
The point - ALL had experienced having just enough, ALL had experienced going from being well fed and having all that they wanted to - everything had some kind of value - holding water - a cooking utensil - fuel - clothing - food - a good memory of the past - a news item held in hopes that some type of justice might prevail, and as a teaching aid to help explain to future generations. If we had to grow or raise our food so as to not have to resort to eating rats, cats, rotten fish heads thrown out by the prison guards, and banana tree roots.
Growing up with and around and coming of age and awareness with folks that had fully experienced hardships and imposed rationing and conditions due to war and economic Depression is my excuse for my habit of holding on to “stuff.”
I am a Libra, and a religion based person, and I have issues with finding the balance between being prepared to survive - and to Be, - in a position to be able to avert and ameliorate chaos caused by the religion based and political intentional trouble and divisiveness creators, and intentional morons who have no clue of how quickly life can change from something to nothing, or to survival mode. Faith requires being in others’ lives, and wanting to succeed and survive first is another pull.
I have a dream that Heaven on Earth and Peace on Earth are both possible - and that lying cheating deceiving and theft and the causes of war and strife will one day be recognised as not good religion values and practice, and that there are greater forces of positive and constructive than of negative and destructive.
I believe getting marriage counseling and marriage and child rearing training before marriage, and before dating even, makes as much or more sense as Bruce Jenner’s cat being a dog.
show more
1 year ago
upcycling 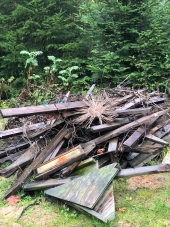 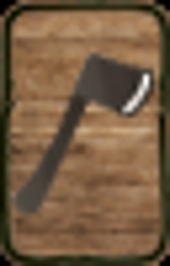 badges worked into the permies.com software
I am an old Boy Scout that still occasionally takes his merit badge sash out and looks at all of the colorful badges. I have literally done tons of good work in the church and in the community that I have nothing tangiable to show for - other than, I know. When I die that sash will be a part of me that remains.
• Rather than a cannonball - ? Three or one exploding dandelion stems?
• I too like the simplier dollar sign  ? with “strings attached” to rows of vegetables , the recycling logo sun and rain /water ?
• I too like the outhouse + a tree
• I think the merit badges and requirements would lend itself to colorful playing cards, like the others.
• I think that this concept could be easil incorporated into service projects for schools and even Locally Based national service programs. Some of the coolest stuff in our parks were built by the CCC. ? Like the CCC without police StateISM, and with liberty and freedom? Plus quantifiable tangiable results.
show more
1 year ago
pep