+ Follow
14 Posts 3 Threads 2 Apples
since Jan 24, 2019
Merit Badge info     Merit Badge profile
60 year-old goathorse, trying to grow stuff, in love with idiotic dogs and cats and wild boar and homing pigeons that gently swoosh over my place every day and trying to live as I should always have tried but never realised till way way late. Guitarist, song-writer, singer in country band that never manages to practice, let alone play. Sort-of happy, except for the mistakes.
Granada, Spain
Apples and Likes
Apples
Total received
2
In last 30 days
0
Total given
0
Likes
Total received
13
Received in last 30 days
0
Total given
8
Given in last 30 days
0
Forums and Threads
Scavenger Hunt

Comfrey disease/deficiency etc.
Thanks guys for all of that. Eric I decided to put them in the ground even if for only a couple of months. The compost in the pot smelled a bit rancid so I'm thinking that the pot wasn't draining well and being in the sun it was festering in the pot. So they're now in the ground and I'll see if they perk up. I'll post a foto in a few days if there's been a change. Thanks.
show more
6 months ago
plants

Comfrey disease/deficiency etc.
Hi Eric, thanks for the advice. I too have never heard of nitrogen deficiency in comfrey. But I forgot to mention in my question that I do feed it a small amount when I water. I didn't want to give it too much to begin with because they were in such a bad condition when they arrived. Yes I will be transporting them when I move in a couple of months. I've been scouring books and websites for diseases/pests in comfrey but I can't find anything at all so I'm pretty much veering towards some sort of deficiency so I'll definitely bear your advice in mind.
show more
6 months ago
plants

Comfrey disease/deficiency etc.
Hi all, just wondering if anyone can advise me on a condition that my comfrey has. I bought a couple of plants online in march but because we were in lockdown I didn't get them till May and they were nearly dead. I managed to revive them and they have been steadily growing ever since but the leaves turn brownish and papery. I'm sure it's not underwatering because I water them generously once a day and I wouldn't've thought it would be overwatering because in my growing bible it says comfrey requires high amounts of water (I live in southern Spain, where the spring is wet and green but the summer is hot and very dry). The comfrey is in a decent-sized pot because I'm going to be moving soon and I want to take it with me. Anyone able to offer any advice?
show more
6 months ago
plants
Is large-scale worm farming compatible with the principles of permaculture?

Jonathan Fudge wrote:In order for your argument to hold, I feel like you would also have to say that farming anything is inconsistent with permaculture. So, no chickens, rabbits, cows, pigs, etc. Further, I would even argue that farming plants in beds or even in a specific area would be inconsistent according to your principles. Even more so, I think that changing the landscape to favor water properties that you desire could also be thought of unnatural.

So, I think I'll take this stance:
Permaculture is the understanding and utilization of natural processes in a way that is beneficial to mankind, while also being sustainable for the earth.

By that definition, I would say that a worm bin is taking a natural process and using it to its fullest potential in the effort of being beneficial to mankind. If you've ever kept a worm bin, you will also see that the worm population is naturally governed as well. When there is too much food and living conditions are favorable, there are more worms. When there is too little space and worms are cramped, they slow down reproduction. In that way, nature balances itself.

Currently, I have taken my worm farm and dumped it into a banana circle that I use for composting. That allows there to be a ready supply of worms and I try to keep it suitable for them as best I can. If the pile doesn't get too hot, then they stay there. I also find that I get multiple types of worms too. So, that is cool.

As far as my garden... There are MANY things that are not natural. However, I am using principles of nature to create environments so that it is self-sustaining. My banana circle has the input of my wastes and then turns that into great compost / additives for the garden. I pull weeds from the garden to throw into compost. I add the compost onto the garden plots. I add seed to the plots where I want them. I harvest fruit and veg from the garden plots. I collect rain water and distribute it where I want it to increase yield. There are MANY ways I bastardize nature in the interest of a permaculture type environment.

If you want to create a culture of people that can be permanently sustained, then I think we as a whole should be working together to learn and to teach as much as we can about the natural processes in their simplest forms (like a worm bin) so that the world as a whole can survive and thrive with us still here.

Just my thoughts on things.

Thanks for the reply, which I think sort-of agrees with what I'm saying, or at least doesn't refute it. I'm saying that industrial scale worm farming is potentially wrong, and that maybe I can live with small-scale worm farming, although it would be better in the ground by encouraging beneficial soil structure. I think our definitions of permaculture are in agreement. Obviously there is some sort of balance between the natural and the artificial or the natural and the industrial, but I don't think that small-scale farming of, say, cows or goats where they can eat from unforced sources in pastures, fields, mountains etc is the same as livestock fed through industrial means. Likewise, worms that are confined in huge numbers are environmentally stressed, even if we choose not to recognise it. Take, for example, the practice of feeding them coffee grounds, which is basically turning them into caffeine addicts. My main concern, which I don't think you recognise, is industrial scale worm farming for product - ie, castings, liquid and worms. We don't argue that large-scale industrial chicken farming is ok because we have chickens in our back yard, and I am suggesting that there is a similarity ethically.
show more
9 months ago
ethics and philosophy
Is large-scale worm farming compatible with the principles of permaculture?
Hi folks,

I'm introducing a question that will probably be regarded as troublemaking by some and maybe stupid by others but it is a sincere concern of mine. I am a very avid fan of worms, but mainly in the earth where their function is naturally performed. I'm no expert but I believe permaculture aims to mimic and aid nature rather than to harness nature. I have been watching videos of large-scale worm farms in which enormous beds contain hundreds of thousands, if not millions, of worms for the purpose either of creating castings or for selling worms on. This seems to me to be a form of intensive farming, something I wouldn't have thought is compatible with permaculture. Maybe I could agree with something smaller scale, where worms are bred to be released into the earth to do their work naturally, but even then I don't see why it couldn't be done by encouraging favorable conditions in the soil which would in turn attract worms which would reproduce where they would normally do so, rather than in huge industrial units. The worry being, of course, unintentional consequences such as, hmmm ..., disease. Isn't our experience of intensive farming saturated with unintended disease? Surely having those numbers of worms in confined spaces is inviting catastrophe? It may not have happened yet, but in my opinion it will. And if we have worm collapse, we can add it to colony collapse, swine flu, mad cow disease etc etc etc and we won't be able to say it was big business this time. Has this not occurred to anyone else? Am I missing something obvious?
show more
9 months ago
ethics and philosophy 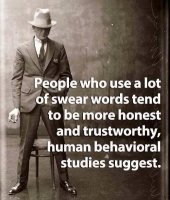 The movie is fantastic, so is the song. Have you heard the version by The Be Good Tanyas? I love Townes's version of Dead Flowers as well. The late great Townes.
show more
1 year ago
music

Gotta stop somewhere. Thanks for the thread!
show more
1 year ago
music 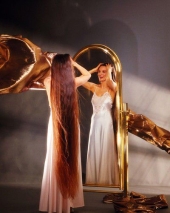 Favorite Country Music Songs
Good topic for a post! I can't quite explain why, but to me there's an innate connection between country music and loving the land. There are so many examples I almost don't know where to begin, but ... if I have one all-time favorite song it is South Texas Girl by Lyle Lovett. There is something so humble, so inexplicably all-encompassing about it, and it sort-of implicitly links love, humanity and the land.

He had a Blue Wing tattooed on his shoulder, well it might have been a blue bird I don't know
But he'd get stone drunk and talk about Alaska, salmon boats and forty-five below

He said he got that Blue Wing up in Walla Walla, well his cellmate there was little Willy John
Willy, he was once a great blues singer, and Wing and Willy wrote him up a song:

He said its dark in here…can't see the sky, but I look at this Blue Wing and I close my eyes
Then I fly away, beyond these walls… up above the clouds, where the rain don’t fall ...
on a poor man’s dreams…

Well they paroled Blue Wing in August, 1963 and he moved on pickin’ apples to the town of Wenatchee.
Winter finally caught him in a run down trailer park, on the south side of Seattle where the days grow gray and dark

And he drank and he dreamt a vision of when the salmon still swam free, and his father’s fathers crossed that wide old Bering Sea
And the land belonged to everyone, and there were old songs left to sing, now it’s narrowed down to a cheap hotel and a tattooed prison wing.

Well he drank his way to L.A. and that’s where he died, but no one knew his Christian name and there was no one there to cry
But I dreamt there was a service, a preacher and an old pine box, and halfway through the sermon you know Blue Wing began to talk

He said it's dark in here, I can't see the sky, but I look at this Blue Wing and I close my eyes
And then I fly away, beyond these walls, up above the clouds, where the rain don't fall ...
On a poor man's dreams


There are so so many more, but maybe I'll leave it there for now. Thanks for the post!
show more
1 year ago
music