Anyone know how to get Mongongo?
Without going to Africa? Seeds, Saplings, Cuttings?
show more
8 years ago
resources: seeds, plants, honey, consulting, etc. 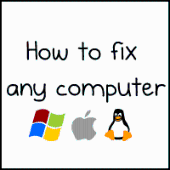 thinking of getting a mac
I think looking at the memory usage is a red herring. In general, on modern OSes, if there is unused RAM sitting around, some program will claim it, but if the program is not actually using it (the ram), and another program needs it, the program will give it over.
Not to defend windows... All those updates, to the os and adobe and java... it;'s like a full time job keeping up. And having automatic updates mysteriously turn on is annoying and unsettling.
If you don't want to putz around with computer stuff, And you don't need some windows only program, And you don't mind spending a little extra, get the mac.
Install Linux on your PC first though. I installed ubuntu on my sister in law's laptop after she got a million viruses and it all Just Worked and she hasn't called me back to fix anything since. Here's one I haven't tried, but is for video/audio editing...
http://ubuntustudio.org/

High levels of agrochemicals are used in the production of non-organic, conventional cotton. Cotton production uses more chemicals per unit area than any other crop and accounts in total for 16% of the world's pesticides.[7]

Poor Soil in Nevada
I want to see what happens when you get some burdock or daikon going in that soil.
show more
11 years ago
southwest usa
What's this?
I direct sowed about 10 different things in this patch. I looked up pictures of seedlings of most of what I could remember planting. I'm pretty sure it's just some weed, but before I go pulling it all out...

It has a pretty long thick root. 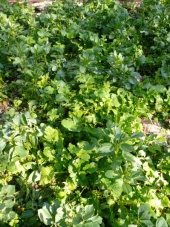