David Livingston wrote:Wont load for me either
David

Looks like WNGD.org is down at the moment but wikipedia has some background. https://en.wikipedia.org/wiki/World_Naked_Gardening_Day
show more
3 years ago
meaningless drivel

We at Nifty Homestead decided to put together a blog post on World Naked Gardening Day throughout history with photos of a few famous practitioners throughout the ages...


William Shakespeare: His roses, by any other name, would smell just as sweet.

There's about 9 more on the actual post. Hope it gives you a chuckle.  =)
show more
3 years ago
meaningless drivel 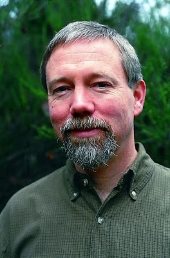 
It’s with the deepest grief that I tell you that Toby passed away early this morning, Tuesday, Dec. 20. We were both so very moved by the outpouring of love and support from all of you. Before we settled down for the night, Toby was looking at your messages and the notifications of donations. He was touched beyond belief. Those were the last moments that I saw him alive—bathed in your love and appreciation. I couldn’t have wanted a better end for him.

Thank you all from the bottom of my heart. I will never forget your love.

I will use your donations to pay for his hospice care this past week, as well as cremation and service (details are yet to be worked out) and to help me with living expenses while I start a new life. We will close this site [YouCaring page] soon. If you feel moved to make further donations for my support during this transition, it would be deeply appreciated. But please know that your love and support have blessed Toby’s and my life forever. We are so grateful.

May Toby’s legacy be carried forward by all you good people.

Paul, thanks for sharing this across Permies/Facebook/Reddit.

There were an incredible number of donations within less than 24 hours and an immense outpouring of support from the entire permaculture community. I can't imagine a greater gift to Toby yesterday than for him to know how many people cared for him and appreciated his contributions.
show more
4 years ago
permaculture artisans

Joe Martino wrote:Yes! I do know Jessica and she has been a huge help in getting our project off the ground. She's actually somewhat of a mentor in my mind. While we do work with each other and plan to share in data collection, construction work on each others sites, etc, these are somewhat different projects. As I'm sure you know, her system has a focus on deep water culture methodologies and she plans to install vertical grow tubes. The team I am working with is more focused on media bed methodologies, and we plan to install a nutrient film technique addition later in the year. How did you meet Jessica? Do you know of any other people I can contact? Thank you for your response, what are you working on now?

I know Jessica through someone in my PDC who is friends with her, and have met her and Nick at convergences and Seattle permie events. She's doing some impressive stuff. IIRC, she's focused more on cold water fish options?

My personal projects are urban homesteading related - all are at SeattleHomestead.com. No aquaponics in the near future plans since we have a number of other large projects on our plate first. Will certainly play with it at some point, however.

I know of one person doing aquaponics in West Seattle. They are not permies and while it was great to tour their system, I spotted a large list of things I wouldn't have done in the first place. Typical permaculture basics like only pumping water once and letting it gravity feed through the entire system were ignored, and many pumps were necessary as a result. Simple stuff like that added far too much complexity without any benefit, and could have been avoided with a little more observation and planning. But, I suppose that's why we tour other people's systems first. It's at a private home, not sure if they do tours. I saw it through a local afternoon class that was offered.

I have heard of someone on the Olympic peninsula doing cold water aquaponics - there was a news video interview with him that I can't find right now.
show more
8 years ago
cascadia
Washington State Aquaponics
Hey Joe, I assume you're connected with Jessica Schilke at Evergreen? She's been working on a large aquaponics project on campus - is that the same as the project you're referring to?

My name is Joe Martino. I am a student at the Evergreen State College and am involved in a project to build a passive solar greenhouse that would house an aquaponics system on campus. My goal is to examine the culture of Washington state food production, the number and state of WA AP projects both public and private, and the economical viability of these systems, and to write an essay on these matters by the end of the quarter. Essentially, I am examining the development of systems, and what would be required to make this method of food production more wide spread. If you would like to know more about myself and the project before contacting me, please feel free to visit our project website, www.foodforgenerations.com.

I look forward to meeting you.

show more
8 years ago
cascadia
Peach trees in Western Washington?
I posted an article with all of Douglas Bullock’s recommendations for fruit trees in Seattle.

In short, his recommendations for peaches were Frost, Avalon Pride, and Q18.

At 20 miles NE of Seattle you might be a bit cooler than Seattle, though. I'd check out this PDF from Wash St. University on cold-hardy trees & shrubs. It's meant for Kittitas County but if it works there, and in Seattle, that's a good bet. The only Peach I could find listed in that pamphlet is Avalon Pride.

Also, try calling up Raintree Nursery and asking their opinion - they've got plenty of knowledge they love to share.
show more
8 years ago
cascadia
approved advertiser list for permies.com
Those ads are done with what is called Google Adsense. IIRC it pays on both clicks and impression basis, but based upon my own Adsense account I'd guess 90-99% of payments to Paul from Adsense are based on clicks, not impressions.

A mass clicking campaign that goes on for a short time will trigger statistical red flags that something is afoot, and can result in Paul's account getting paid less or getting penalized. And, if the ad is for a product that is from a "green/sustainable/wholesome" company, don't click on it unless you're actually interested, because that company pays anywhere from pennies to dollars per click and you'd be robbing them simply to pay Paul.

As mentioned it is all done by keywords mentioned on the page. However - mentioning "sheet mulch" is just as likely to produce a result for pesticides as actually talking about pesticides.

As an Adsense publisher you can remove sites manually from showing on your site. However the sheer number of companies selling chemicals and other crap would make this very difficult to do. There are literally thousands of sites that would need to be edited, and some would be acceptable sites (like a hardware store that sells quality organic seeds side by side with pesticides, etc.).

There are a number of alternatives to Adsense, and there are some that specialize in "green" advertising. I don't have specific experience with any but they can be found pretty quickly: https://www.google.com/webhp?q=green%20sustainable%20ad%20networks. Unfortunately most appear to be poorly run. Figuring out what ad network is used by sites like Treehugger.com would be another good step (just checked and they are likely on a private network for Discovery, but you could do the same with other large "green" sites).

The trouble with these networks is they add work to Paul's load, and possibly without a ton of benefit. Pageviews are high on forums and click-throughs can vary in value, so there's lots of haggling to sell ads and manage views, etc.

Just wanted to clear up a few questions I saw in the thread. It's difficult to manage these ad networks effectively at Paul's scale which is why Adsense is so appealing. The best we can do is demonstrate to "bad guy" advertisers that they get very few clicks from this site, and when they do get clicks they never result in sales. That can eventually result in those specific advertisers pulling their ads from this specific site after they realize it doesn't convert to sales very well.
show more
8 years ago
tinkering with this site

Earthbag Building Basics Workshop & Contest - Seattle June 23rd/24th
We just added a new blog post with more information about the wall and what we're trying to accomplish - take a look at that as well as the pictures of what the wall will look like when complete. Here's a sampler:

This photo gives a good idea of what the wall will look like once complete. The workshop is only focused on earthbag construction, but attendees are free to join us during July weekends as we work on the stucco and finishing touches: 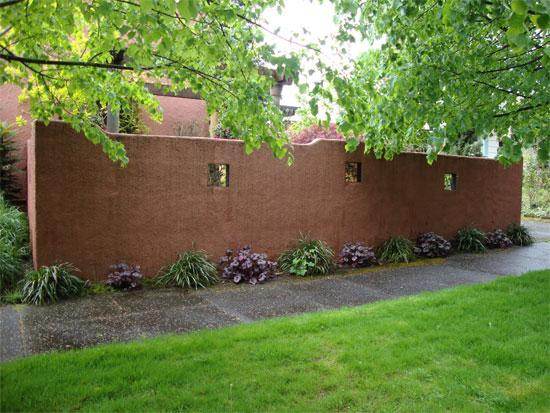 Here's a diagram of the size of the wall (roughly 6 ft high) and the length (about 120 feet around the yard): 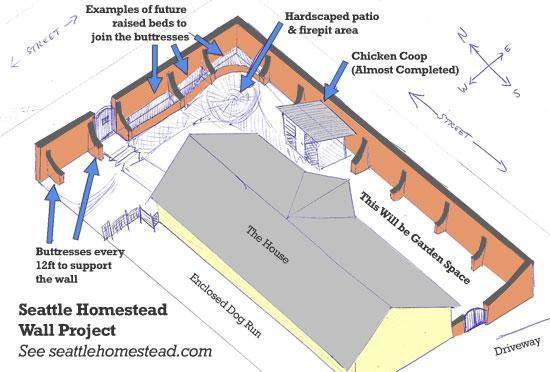 And to the anti-chicken coop crowd who noticed the new coop in the diagram, don't worry, we'll be combining it with a mobile pen to allow them to graze elsewhere in our yard. ;o)
show more
8 years ago
cascadia