weird laugh
my whole family enjoyed that one!
show more
8 years ago
meaningless drivel
Project Management applied to community kitchen
I read the recent Scott Adams post "Eating is Broken" where he suggests that an intentional community cooking, dining, cleaning, food buying would be real slick if we just applied the practice of project management and some computer automation to the problem.

When I read the post, I thought about Paul's 540 meals story

The author is known for writing about half-baked ideas, often just for the entertainment value. I'm wondering if this idea might be useful though.

Would the results of Paul's 540 meals experience been 'more fair' if it was managed ala Project Management style? Would anyone have participated? Would it introduce a whole new set of problems?

paul wheaton wrote:So here are the three things that I have not been able to solve yet with linux mint:

3) sometimes when I suspend, I cannot get my wireless internet stuff to work until I do a full reboot.


2) I just tried this out and it half-worked: (using Linux Mint 12)
-installed free program skype-call-recorder from http://atdot.ch/scr/download/ (it didn't install an icon for me, so I ran the program from a terminal window by typing 'skype-call-recorder')
-had to also install version 9.8 of libssl (open Synaptic Package Manager, search for libssl, check box, click install)
-the receiving audio records fine, but my audio records choppy. It might work fine on your machine and is probably worth trying. I'll play with it a bit to see if I can figure it out.
-learned about the skype-call-recorder from https://help.ubuntu.com/community/SkypeRecordingHowto

note: a 'y-cable' probably won't be a good solution as suggested in a previous post. The microphone and headphone are two separate signals that need to be mixed to be recorded. Besides, why would you take audio that is already in the computer and try to feed it back in the computer again?

3) I had the same problem with Mint (older version, 7 I think) on my Asus netbook. I looked into it and learned there was a fix that involved re-configuring the wireless driver, but I never spent the time needed to fix it.
show more
8 years ago
meaningless drivel 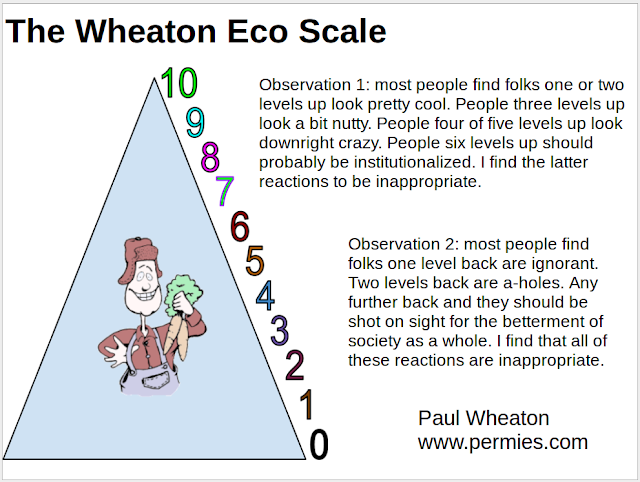 Is it OK to use your farmer character in this way?

organic lawn care for the cheap and lazy

ezf wrote:
I started organic lawn care a year ago after visiting this site. I had new bermuda lawn in Atlanta. I first put down 2 lb of N (starter chemical fert) per 1000 sf to let the bermuda grow to 3+ inches within 3 weeks, and mowed at 3 1/4 inches for the rest of the growing season. My lawn had been dense like a thick carpet for the whole year. I almost have never watered it and applied very little organic fertilizer afterward. This year I used only organic fertilizer (milorganite and soybean meal). I have put down about 4 lb of organic N per 1000 sf within 2 months, and my bermuda is now very dense at 3 1/4 inches like last year, only greener (due to the soybean meal, I like the color better than with milorganite). It looks like it's going to stay that way with no watering and little additional fertilization for the rest of the year just as they did last year. My neighbors keep on commenting how good it looks.

Thanks for that info!  I posted a link to Paul's article on our organic radio guy's forum, and a moderator has responded with some criticisms of the article.  I don't know enough about the subject to argue either way.  The thread is at http://www.dirtdoctor.com/newforum/root/just-starting-organic-lawn-yard-care-any-suggestions-t12608.html

organic lawn care for the cheap and lazy
I live in north central Texas.  Most everyone here has either Burmuada or St Augustine grass in their yards.  The local radio talk show guys point out that tests show at least the Burmuada grasses do best when mowed shorter. (I think 1-1/2" is optimal most of the year)

Paul's article makes no mention of regional differences.  Does it need a disclaimer or an amendment to warn readers that some of his suggestions would be different if you live in a different climate or have different grass?  Most of the people I recommend this information to would not consider this obvious.
show more
9 years ago
lawn

more specifically, how people should be treating each other, what activities are helpful, destructive, maybe get into culture issues.

(just listened to your 'beyond organic' podcast, you got into the fact that most people consume informational material instead of participating/sharing it.... has me thinking about what other things are customary/second-nature that are not very good.  I have a feeling you have thought about these things already)

show more
9 years ago
tinkering with this site

Mekka Pakanohida wrote:
Depends, are the plants the only thing filtering the water?

Yes, it is a simple/typical aquaponics system, closed loop.  The water in the fish tank gets circulated through a gravel-filled grow bed with plants growing in it.
show more
9 years ago
composting

Composting Pet Waste
I would like to get opinions about what I plan to do:

Is there any way anything bad could find its way into my vegetable plants that are filtering the water of the fish tank?

paul wheaton wrote:
kb5won,
I really want to get the forums moving in this direction.

OK, got that fixed, thanks for being gentle.
show more
9 years ago
tinkering with this site