chicken coops/runs/tractors/paddocks/pens/etc.
In my neck of the woods, California State University, Chico has their farm. As I drove past the cattle pastures, I noticed a red gypsy wagon in the middle of an empty paddock. Portable electric fencing. And a nice flock of chickens.

That made my day, that an educational institute is using rotational paddocks. Next time I find myself on that side of the valley, I'll pull over and take pictures.
show more
7 years ago
chickens
close up and personal with shroomies
I've decided I like my cell phone's camera. This is why:

Ever notice how people in general don't like to think of themselves as animals? That we're superior and thus exempt from being part of the animal kingdom; instead we're lords of such kingdom!

There is a push for us not to breastfeed, that we don't "need" to do so since we have formula and bottles to replace what nature bestowed upon us. That to do what nature dictates means we give into our baser natures. We have machines that do so much for our species so we don't have to dirty our hands and do it ourselves. Boobs are viewed as "entertainment" by the media, not as nourishment, as intended by nature.

A friend of mine got a tank top which read, "My superpower is making milk... what's yours?"

I think our civilization is failing because we are moving away from nature and not embracing what Mother Nature gave us.

Jeanine Gurley is right; our civilization glorifies the unnatural, be it rampant violence or the nifty things technology can do. In the search to become more advanced, we lose what makes us human. 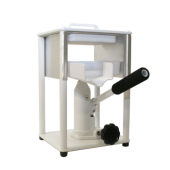 Walter Jeffries wrote:We made it! There is dancing in the cottage on Sugar Mountain!

But we're not done yet! We have two more weeks. Additional funds we raise we'll put towards the next phase of construction, the on-farm slaughter and then after that comes the smokehouse. See:

Congratulations! That is easily 43 kinds of awesome right there

Step 2: Borrow a cutting torch. Toss soil and timber in for a semi-mobile hugel bed.

I love that idea. I'd want to work chickens in some how... the Ultimate Urban Garden.

show more
8 years ago
permaculture
portable permaculture
John, that's the idea. Even though its dwarf rootstock, I have mixed feelings about keeping a tree in a pot. From what I've read, it's normal practice to trim roots every other year to keep the rootball in check. It's half a step away from bonsai, imho. I'm hoping that the dwarfing rootstock will shine in this application.

Brenda, I was wondering about nitrogen fixers... peas will climb, right? Beans too, unless they are bush beans. Could they strangle the trees? They are 5-6 ft saplings. I like the idea of growing a nitrogen supply right in the pot, I just don't want it to come at the expense of the apple trees.

show more
8 years ago
permaculture
portable permaculture
I searched the forums for this and found nada.

Can it be done? I'm moving and I can't take the hugul bed I built with me. I wanted to do a wee food forest of sorts but then I found out the house I'm living in will be on the market within the next year... so I didn't want to drop money into something I can't keep.

I bought two apple trees (Fuji and Anna) grafted on dwarfing rootstock, a grape vine and a couple blackberry canes. All of which are in large pots, so that when I move, they can go with. When I'm able to purchase some property, they will be planted in the ground, the figurative cornerstone for a *real* food forest.

I was wondering what I could plant in the pots with the trees, like a living mulch. I'm playing with the idea of a wild flower mix which would bring in the pollinators. I also like the idea of strawberries.

Mushroom compost, soil from the wormbed and an organic potting soil formed the basis of my potting mix. Only fertilizer is fish emulsion. Each of the pots holding the trees is nearly waist high and bigger around than a wine barrel, though tapering a little towards the bottom.

Are there any suggestions as for a productive living mulch, whether it bring in the good bugs or produces nummies? I don't know if I should try a guild or not, being that they are stuck in pots for what could be years, and I can imagine the potential for anything planted in the pot to get root bound.
show more
8 years ago
permaculture

Electricity-free way to cool a home?
I worked for a solar pool heater company and they suggested doing just as Walter detailed to cool off the pool if temps got too high. Just run the panels at night-- doesn't matter if the moon hits them or not. It really works.

Ryan, thank you for your input! It's much appreciated.