John Master
Posts: 519
Location: Wisconsin
8
posted 7 years ago
So I was playing around with burning pellets in the rocket I have been building and a carpenter friend brought over a bag of oak sawdust we were trying to figure out how to burn. I had a metal coffee can laying around so I made a quick sawdust rocket that burned for nearly 2 hours! We were playing with it and wanted to watch it indoors so i put it next to the other rocket and the draft pulled some of the flame and most of the smoke into the loosely built burn chamber. After a few beers we got off on some wild tangents about burning sawdust but we were all intrigued by the little sawdust rocket. Thinking of abandoning my burning green woodchips because of the potential for hassle with drying them.

Another idea we had was to use the little sawdust rocket which takes seconds to light, and use it to get the other rocket started:) Good times had either way, don't try this at home. 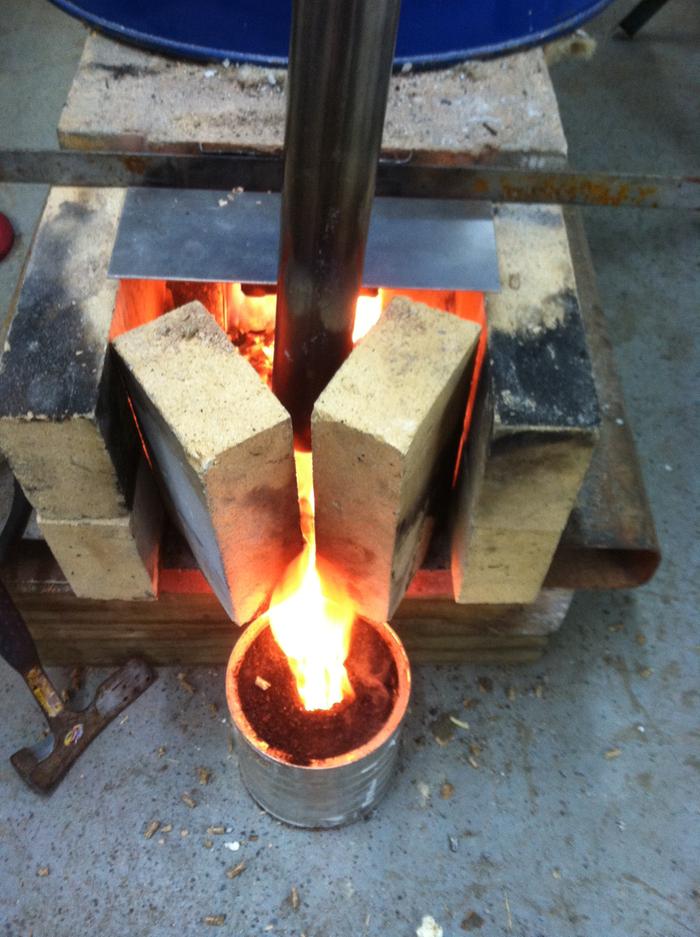