posted 7 years ago
In July of 2012 I was in Newport, Oregon visiting family and we went down to the beach to see the tsunami dock:

Right near the dock, higher up the beach I found these two logs: 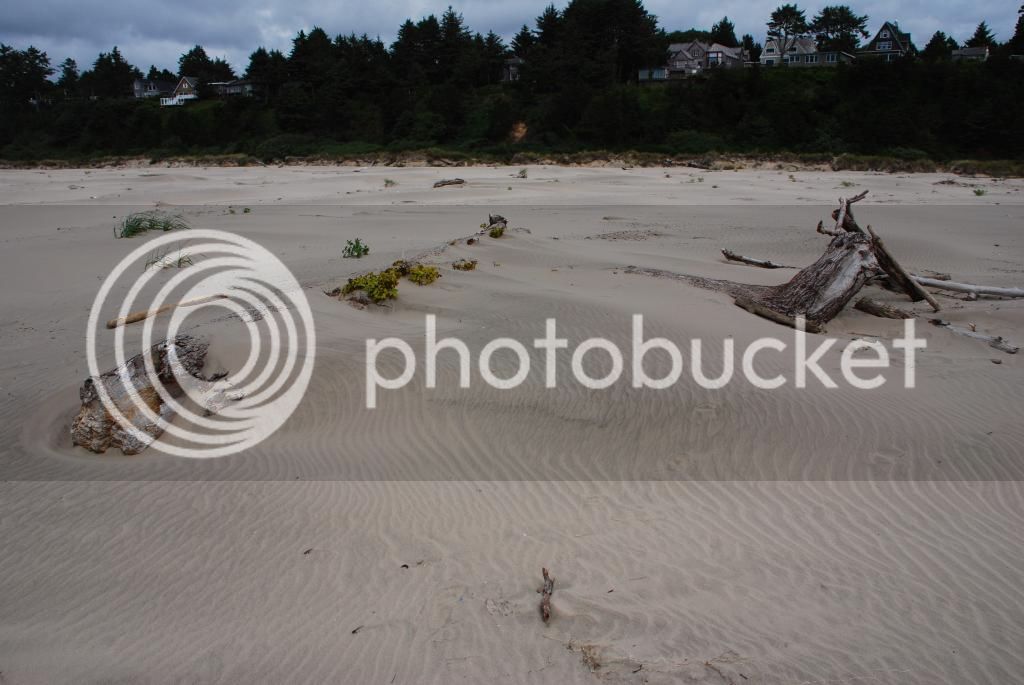 I noticed that some plants were growing around the log on the left. But as I got closer, I realized that the plants were actually sprouting from the log itself:

From the leaves it appears to be a maple.

I was truly impressed that this plant was able to sprout, considering it had:
- rotted at the base
- broken off into or near a river (there are no maples at the beach so it must have come from inland)
- perhaps lay stuck in the river until a flood
- had all of its branches broken off
- floated down the river to the sea
- floated in the sea (salt water) for who knows how long
- washed up onto a beach (probably in the winter or spring of that year)
- sat on the beach for at least 4 months
- been mostly buried with sand by the wind