Scott Fike
Posts: 44
posted 6 years ago
Greetings,
I was wondering if there is anyone out there who is actually using Masanobu Fukuoka's "Do-nothing/Natural Farming method" with success, and if so, what has your experience been like so far using it?
Thank you
Bill Bradbury
pollinator
Posts: 684
Location: Richmond, Utah
32
posted 6 years ago
I love to tell the story about the 2 young samurai out to prove their worth who encounter an aged warrior about to cook some rice by a stream. The 2 young bucks puff up and announce their worth, then attempt to prove it. The first pulls his sword and chops a fly in two. The old one just grunts. So the other says, you want to see some real swordsmanship? He sees another fly and taking two swipes, neatly slices off both wings. The aged samurai sighs, pulls his sword and stirs his pot of rice with it. He then gets up and sticks his old tarnished sword in the stream bed. The 2 youngsters heckle the old man, asserting their youthful dominance, to which he only sighs and walks upstream. This offends the youths and they actually challenge the old man to a duel. He keeps walking, not even recognizing their poor behavior.

Hey old man, one yells, you can't ignore us, we are brave warriors and deserve your respect. Paying them no mind, the old man drops a single leaf into the water, turns and starts walking back to his rice pot. Then the youths really get mad, pull their swords and are ready to attack the old man. He doesn't even recognize them as a threat, only holds up his hand and motions for them to follow. They walk back to his sword in the stream, where just before he pulls his sword from the stream, the leaf floats down and is neatly sliced in two identical pieces. The old one takes his sword, wipes it clean and finishes cooking his rice. The 2 young ones being somewhat wise, sit at his feet and call him master.

This is not doing nothing, but it is knowing when and where to act for maximum efficacy. Fukuoka san was a true master and we are very lucky to be able to still sit at his feet.

Here are some photos of my feeble attempt at mu.
RichmondHous0035.JPG 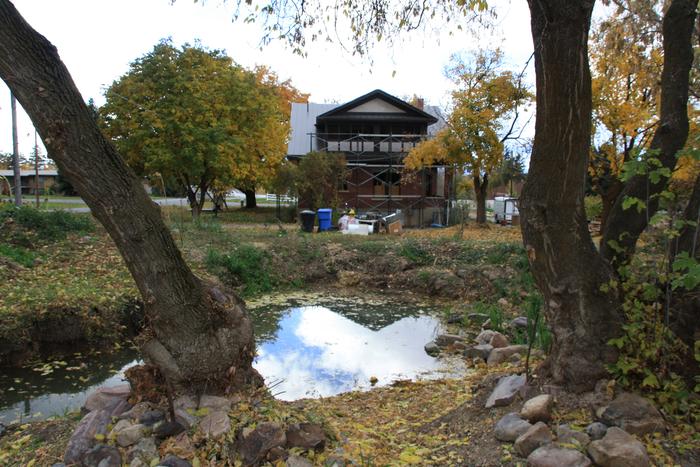 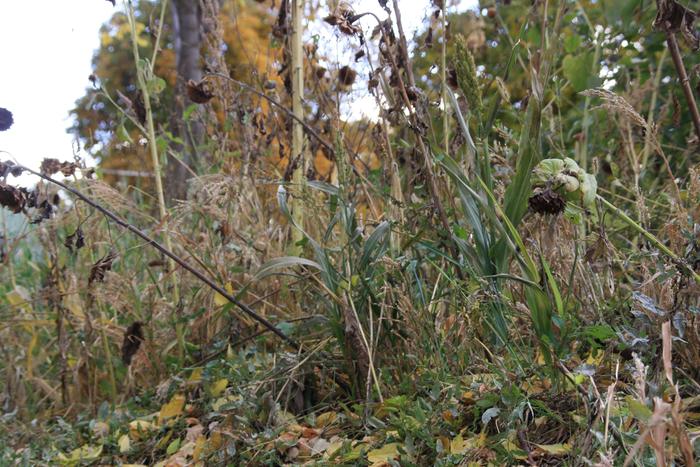 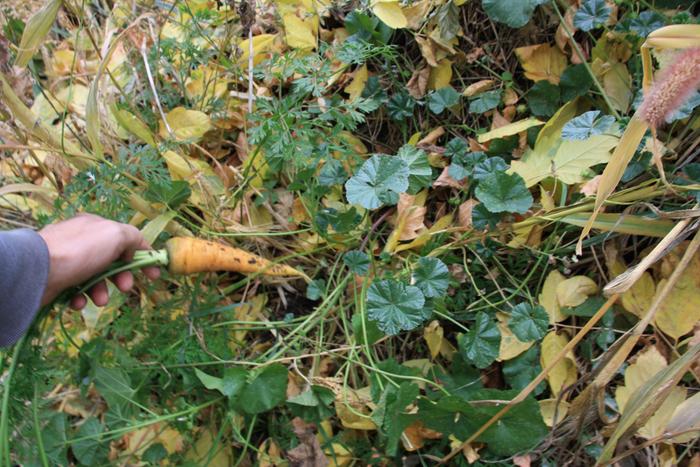