Does any one have hands on with planting Oaks in central Indiana sand?

The research I have done regarding planting in sand states that Oaks will do well in this medium. 1) can you verify this? 2) if true, what tips would you offer?

Does any one have hands on with planting Oaks in central Indiana sand?

The research I have done regarding planting in sand states that Oaks will do well in this medium. 1) can you verify this? 2) if true, what tips would you offer?

I've Googled some of the suggestions out there and have to come back to my own experience with Oak trees. First, find a one gallon tree if possible. I don't like larger than one gallon nursery stock because I am interested in development of a strong complicated root infrastructure which will establish quicker. Anything larger and what spiraled root structure there is within the fiver gallon or bigger container will struggle to keep the tree itself alive first and and grow a root system slower. Also DO NOT amend the soil, just plant the tree directly into the native soil. It's not that amendment is not good, it's just that I've never experienced any notable improvement or advantage, so it's most a waste of money. At best, after planting the tree, amend if you have to the top 2 or 3 inches around the tree with compost, then top dress that with nice shredded bark mulch. This is important not only to retain moisture, but also keep the soil cooler. Higher Soil heat prevents plants from utilizing water for growth and uses it for survival. I believe the higher soil temps on exposed ground can be close to over 100 degrees Fahrenheit (40+ Celsius). This assures that only 15% of the water is used for growth, where cooler soil temps around 70 Fahrenheit (21 Celsius) allows an 80% of water usage to go towards actual tree growth. I also found this true when I grew pines up in the San Jacinto mountains above Palm Springs where I lived for 20+ years. You could actually see the difference almost immediately in the needles which drooped just hours prior to application of heavy mulching on a hot summer day.A week later new bud development growth would appear.

Most importantly, I never use a transplant shock potion of B-1 or anything Else, I've never needed it. I have used them in the past (decades ago), but you need to water them way down, especially if they are highly concentrated like "Super Thrive". More than a few drops to a gallon of water and the plants would stay stuck in neutral as far as growth is concerned. I always inoculate with a mycorrhizal fungi mix. I have used Mycorrhizal Applications Inc's product called "MycoApply Soluble Maxx", but for Oaks and Pines the best I have ever used was Plant Health Care's (PHC) product called "PHC Tree Saver" which has a high ectomycorrhizal spore count of Pisolithus tinctorius which will increase water and nutrient absorption from at least 2005 to as much as 800% depending on conditions of the environment. This is the best mix for drought resistance. The product is sold through Lebanon Turf supplies 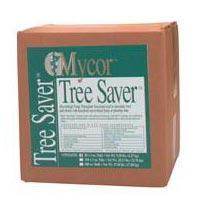 Remember DO NOT Fertilize. You will NEVER need to fertilize of you follow a healthy maintenance of the system nature has used for 10s of 1000s of years. If you fertilize the mycorrhizal fungi will disconnect from the root system. Below here is a photo taken just this past September 2015 of an Engelmann Oak tree plant in decomposed granite and sandy soil with almost zero organic matter at the time of planting. The soil is deep and part of an old ancient Bajada or Alluvial Fan coming from out of the mountain valley in the background. It's close to seven foot tall and in fact I do have a newer picture in email sent from my sister which shows it has grown another foot since then because of some late monsoonal rains we received while visiting there. It's important to leave as many branches as possible for sturdiness. Resist the urge to trim when young. Wait till it's sturdier. This tree was sandwiched in between that Mexican Fan Palm and a Juniper Hedge to the right which is out of the shot in the photo which also shapes the tree by means of phenotypic plasticity to shoot up straighter and taller with few lower side branches. These branches also also act as a living factory for the production of food for the plant by means of more area for photosynthesis. . The tree was planted as a six inch one gallon nursery container tree in Spring of 2013. Below is a link to an article I wrote this year about my mother's front yard which has the Oak tree I just referenced, but the actual post subject was about the California Fan Palm and other landscaping which I heavily inoculated in 2014. The explosion of growth was outstanding and really unexpected. Very little water was used in irrigation because water rates are outrageous there, but the fungi caused the normally slow growing California Fan Palm to explode in growth much the way the faster growing Mexican Fan Palms do. 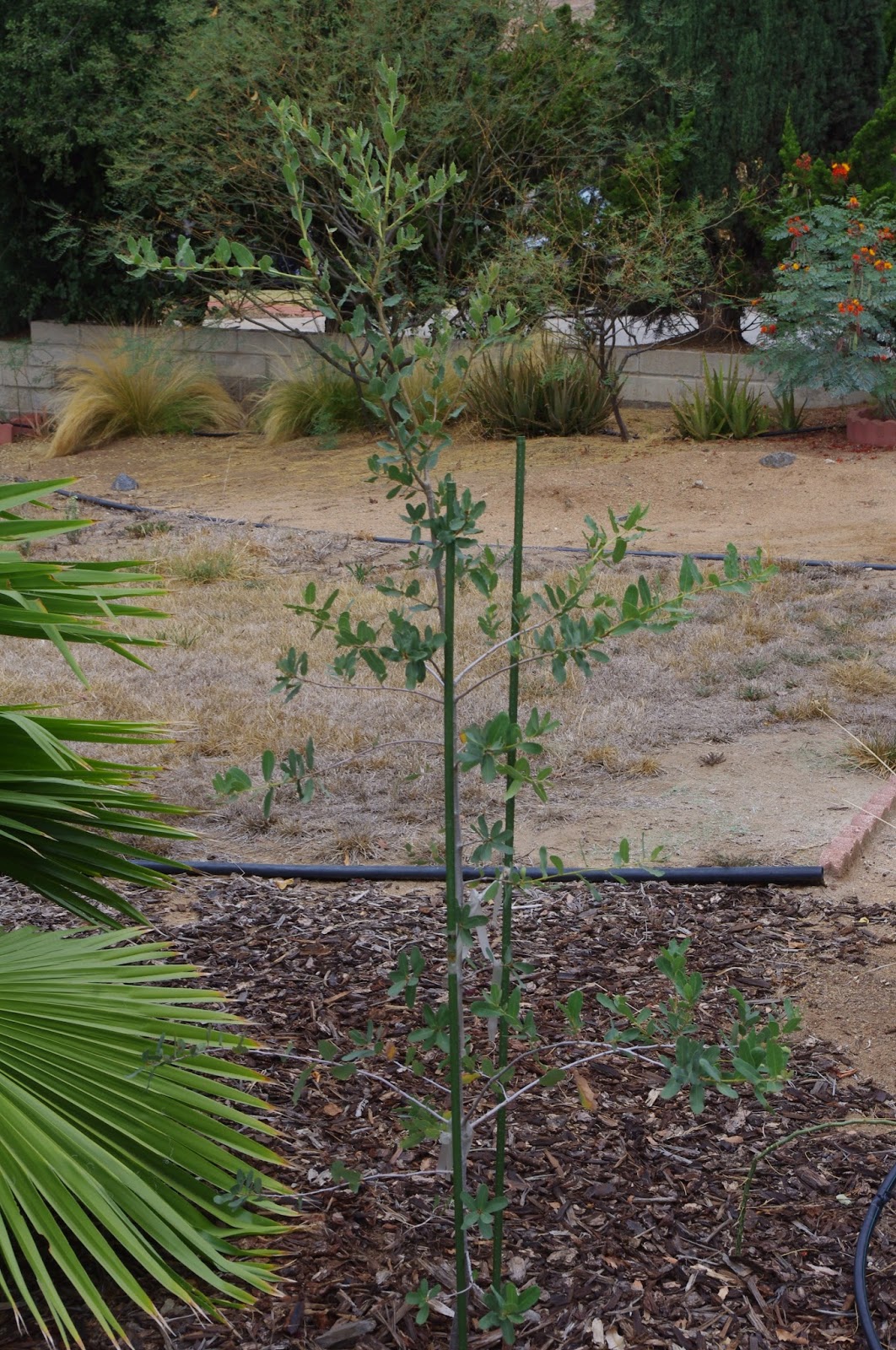 Hope this link is helpful. I plant anytime of the year over there, even with temperature hot spells where is gets 100+ Fahrenheit of 4+ Celsius. Most people are spooked about planting in summer and even most Nurseries recommend Spring or Fall planting ONLY. But with the right timing and inoculation with mycorrhizal fungi it has never been a problem.

Is it safe to plant and water California Native plants in Summer ?

Many thanks for the highly detailed reply. With your information in hand I expect we will attempt to plant several White Oaks to start. They will serve as the anchors for our plant association (guild). Follow-ups will be posted as time (and memory) permit.