Dale Hodgins
Posts: 9002
Location: Victoria British Columbia-Canada
690
posted 4 years ago
I learned about deep litter pig pens a few hours ago. I had seen the topic, but never clicked into it, until this morning. I don't have pigs. Seems like a great way to avoid the unpleasantness of regularly removing the manure, as well as retaining nutrients in a smell free environment. Sold.

I went into Google images and saw a few examples of wood waste being used at the bottom of deep bed systems. Watched a couple videos as well. It seems that most people build a deep bed and then keep the pigs on it for a long time. They eventually dig up all of this stuff and transport it to the garden. That's the part that I think can be avoided.

Hugelkultur uses lots of wood on the bottom. It also uses soil and mulch. Basically the same materials that make a good pig bedding. Imagine a bed that is 3 to 6 ft deep, with lots of wood on the bottom. I have built some quite large hugelkultur mounds using an excavator. So, building the mounds has not taken much time at all. For me, the time-consuming bit, is bringing in soil amendments. It might be more efficient to just bring in pig feed.

My machine built piles, tend to have lots of air spaces. It's a lot of work to poke around trying to fill all of the voids. Pigs like to poke around at everything. Between foot traffic and rooting, I would expect soil and other amendments to be transported downward, to fill most voids. Wood is low in nitrogen. Pig pee is high in nitrogen. When not compacted enough, my mounds drain too well. I'm sure that pigs would work clay into the soil as well. This should help with moisture retention.

Whether they are kept on the hugelkultur full-time, or just housed there, this seems like a good combination.

I could see using the same mound again, after using it as a growing bed for a couple of years. Or, if space and materials allow, the pigs could occupy a new hugelkultur every season.
.......
A really large Keyhole Garden could also be built in this way. Put the pig house in the center. A well fenced circle and entry ramp, could keep the pigs out of the garden. This should simplify weed disposal. Create shade, by growing several rings of corn, around the perimeter of their fence. Corn can absorb a lot of nutrient. Some climbing beans could go up and over the top of their enclosure, for shade.

That's about all I've got. I'm not sure if it's redundant or not. Haven't seen any examples of it.

The first photo shows an artist rendering of the idea. The second one shows the type of wood that I'm more likely to use.

Do any of you know of an example where animal pens are placed on a hugelkultur, or keyhole garden?
pig-floor-1024x996-1.jpg 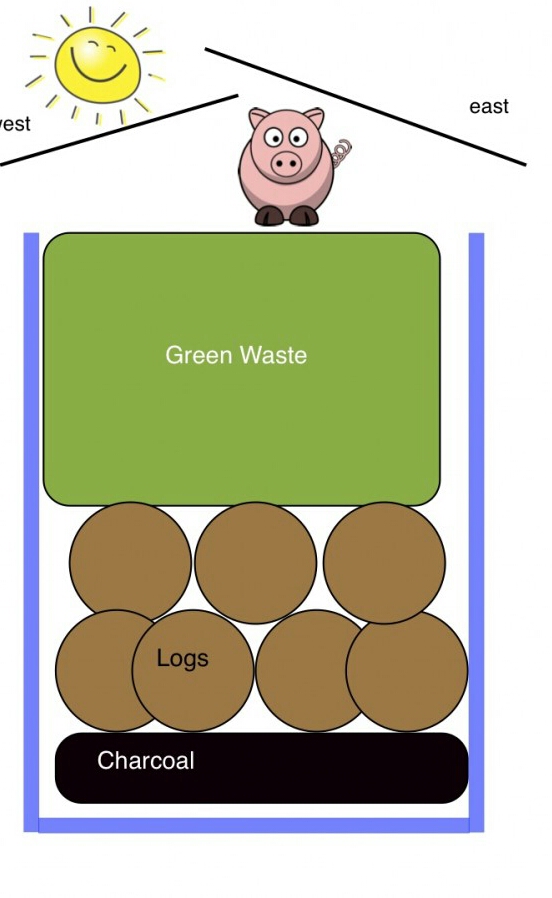 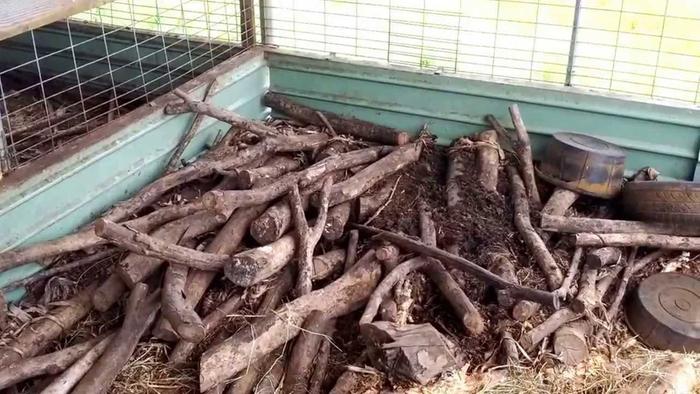