I am seeking advice on re-rendering a wattle and daub building in Nepal.

We built this school in the mid-range Nepali mountains (elevation around 1500m, no snow in winter, but frosts, heat in summer, and monsoon; strong winds and earthquakes) in 2012-2013.
We got an advice from an earth-building expert, shortly before the construction started, based on which we changed the technology from rammed earth to wattle and daub.
It was not simpler, as expected, and also the building dilapidated very fast.

The walls were rendered from both sides with a mixture that followed local recipe (which is used for rendering the traditional rural houses):
3 parts of soil (half in half mixed from two soils, one more clayey, one less)
1 part of rice husks
1 part forest grass finelly chopped
1 part cow/buffalo dung

The mixture has been left to rest for six week and it was very strong after drying, although it cracked a lot and two more coats were needed to finish it.

No maintenance was done on the walls in those 4 years; it was needed, but unfortunately the person who was in charge of the renders and who advised us on the traditional way and managed the works (very responsible, experienced, and lived just next door) accidentally died when the building was just completed. There is no one else in the village who would have the capacity or willingness to maintain and repair it, and the principal now speaks about demolishing the school and building with RCC.

We as organisation would try to get some more funds and repair it (tear down the old render and do a new coat), but would have to come up with a longer-lasting solution. What we need is a mixture that would survive some dynamic stress as the building is flexible and moves (I suspect that the movement is the cause of the fast dilapidation - which does not occur with the traditional stone houses that much). 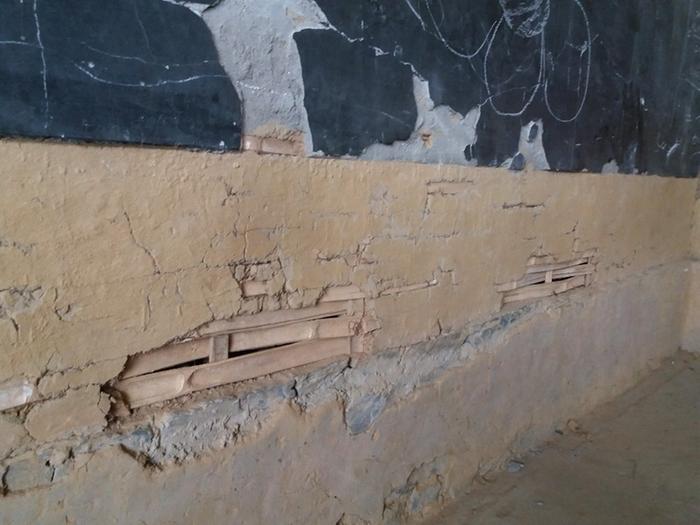 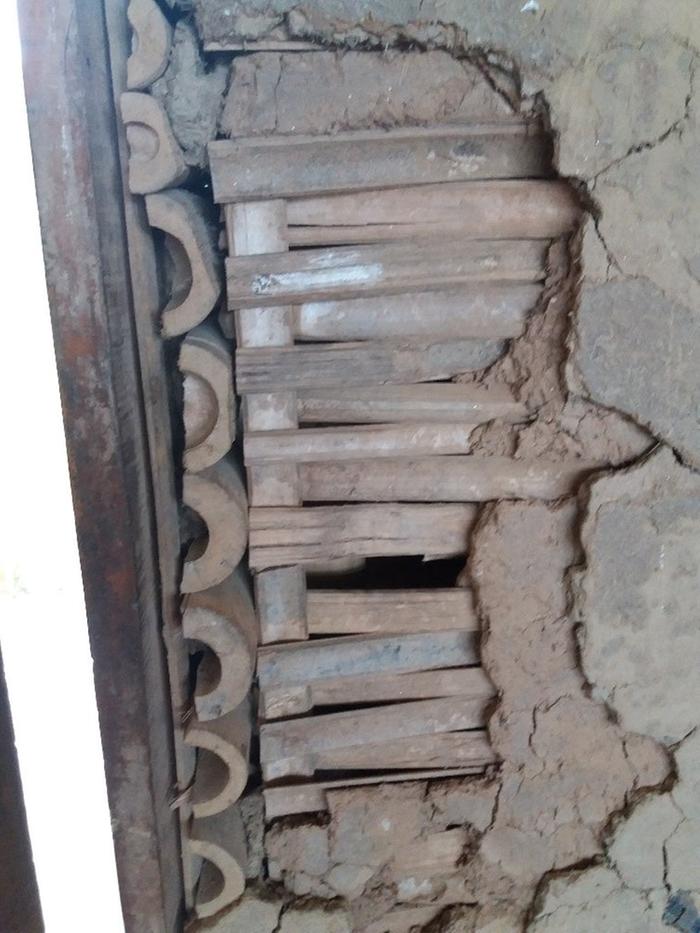 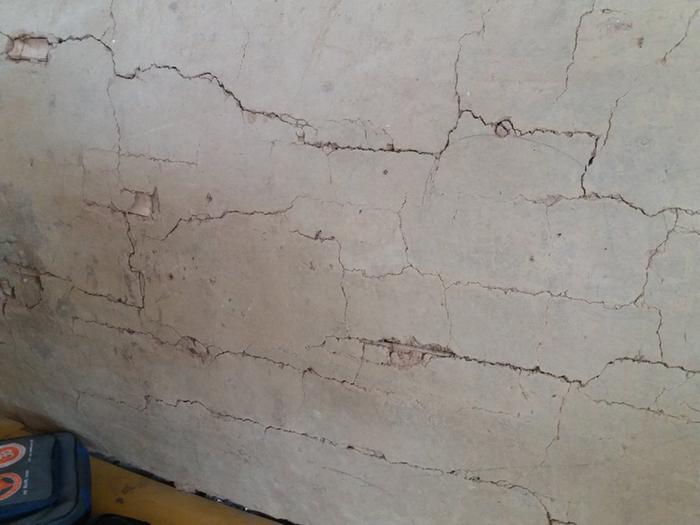 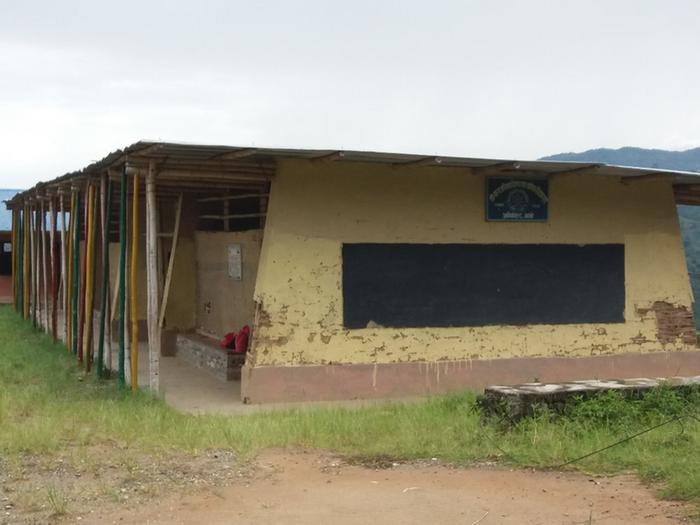 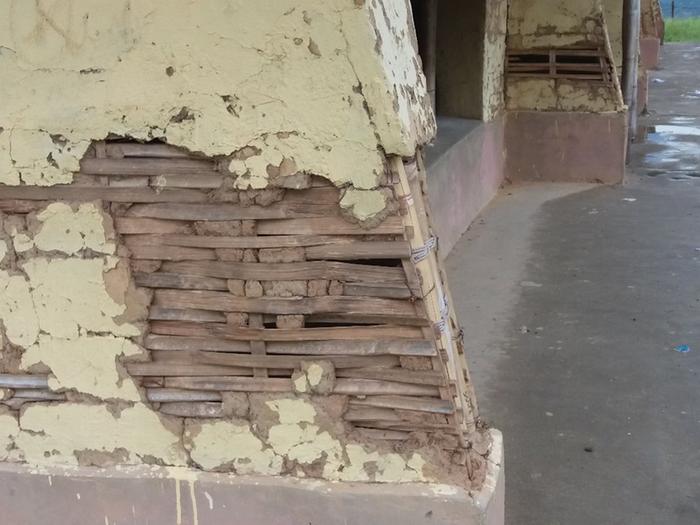 Richard Arnold
Posts: 3
Location: Iowa
posted 4 years ago
I'd say you need to add sand.  I've done lots of earth plaster in Iowa, USA.  I throw lumps of clay into a barrel about half full of water, let it sit for a few days to soften.  I stir it up with a paint mixer in a drill.  You don't have to mix the entire barrel at once.  I just do the top layer, then add more clay or water as needed.  I mix until it looks like thick chocolate milk.  I dip a dry finger in.  When it covers my fingerprint completely, it's at a good point.  It can be just slightly thicker, no harm.  I strain it through a screen to get small rocks and twigs out.  Then I mix it with sand.  Again, I use a drill.  If it's too dry, you won't be able to make it turn, add more clay slip.  Too wet, and the the surface stays mostly level.  When it's right, the mix forms a sort of tornado shaped hole in a 5 gallon bucket of plaster. Fiber of any sort helps to stop cracking.  I consider manure just a source of fiber.  I haven't found it helps with waterproofing.  Experiment with different amounts of sand.  You'll find some samples crack. (needs more sand)  Some are too brittle. (too much sand) and some will have minimal cracking and be tough to break apart. That's what you want.  I'd start with one to one slip to sand, it's different with each type of clay you have.  I've always used the plaster immediately, I don't see any reason to wait.  If you can give the wall protection from rain with a bigger roof overhangs, that will help too.  I made a simple finish coat out of one part lime, three parts sand.  That sheds the rain just fine for me.  Good luck on your project.
David Miller
Posts: 296
Location: Harrisonburg, VA
9
posted 4 years ago
Your exterior needs a lime coat. If there isn't a positive flow of moisture towards the outdoors then what you see is exactly what will happen. The lime will wick the water out of the structure and walls keeping them in much better shape. Clay is not an appropriate finish for exteriors in any environment aside from deserts.