Legal and screening strategies to protect ecovillage from new potential members?
These folks have a really well laid out long term approach, maybe part of what they are doing can help you: 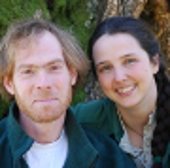 my message to people with affiliate programs
As a quick update this is no longer available:

Some parts of the website will remain functional until August 1:

With much deliberation, we have decided that 2017 will be the final year of operation for Scubbly.com.

When Scubbly was launched in 2009, it really was the “best of class” app of its kind, optimized for simplicity and maximum profit for sellers and affiliates. That is, unfortunately, no longer so.

While Scubbly has attempted to find “economies of scale” to keep delivering maximum benefit to member partners, we have found that the increasing costs of operation are outpacing revenue. The economics are no longer feasible. Given that Scubbly is already charging more than many of the competitors, we decided that rather than price ourselves out of the league, it’s time to shut Scubbly down, as gracefully as possible.

Note the word “gracefully”. We really mean it - we don’t want to just shut everything down immediately to the chagrin of all our users. So we have planned a gradual shutdown timeline that should give all our sellers and affiliates and customers enough of a “runway” to transition their e-commerce to another platform. We will also host redirection of all your Scubbly pages to another URL, while the Scubbly service is in transition.

TL;DR - All Scubbly sales will end April 1; you have until then to move to a different e-commerce platform, and the final payout will be in July.
show more
3 years ago
tinkering with this site 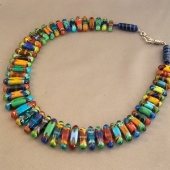 Share Your Ozark Hometown Events
Recently down this way:

SUNDAY
9 am Bob Gascon of Black Dog Survival School, Caring for Your Pets During Emergencies.
10 am Dr. Howard Mainprize of Thayer will discuss Biofuels and Making Your Own Diesel.
11 am Caleb on Solar Power for the Home.
12 noon Lynette Pate of Branson, Organic Guru, Fuel for the Body
1 pm Robin Gilbert, Foods That Heal
2 pm Dawn McPherson on Medical Care When There is No Doctor
3 pm Doreen Hanes on Agenda 21...
show more
6 years ago
ozarks

500 acre eco community looking for starters
We are in Oregon county, here in the Missouri Ozarks, and always love to hear what others are doing related to sustainable homesteading in this region. If you really want to reach out to others- you could also post something on the cork board (or the facebook page) of the co-op here:

The people are always friendly and helpful! 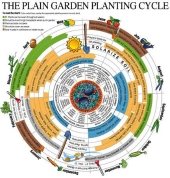 Advice please! Studying permaculture - how do YOU organise information/notes taken?
Take a look at this program, I have found to work quite well for what you mentioned:

It allows you to organize information similar to other mind maps whether from your computer or the internet, lots of features.

Its not for everyone but the free version is quite good and lets you try the advanced features such as being able to add documents and more.
show more
8 years ago
permaculture