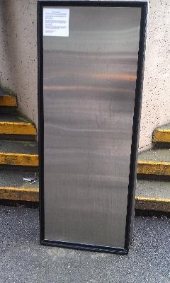 Setting Up a Commercial Sized Walk-In Freezer --- $ on the cheap $
BE Careful the EPA HAS Struck.
The EPA has changed the law again and normal refrigerant is outlawed. THe R34 can't be manufactured and you must swich to R400. This means that you will have to purchase a new AC unit when yours has a problem.
Refrigerant units having the old refrigerant in them are getting very expensive to fix.
Dupount Patenent as I understand has run out there for the old refrigerant would become very cheap for others to make. Strange on how the EPA protects us at this economic time.
show more
8 years ago
homestead
Hugelkultur and termites?
I have been asking questions on Hugelkutur due to an excess of wood and poor land. It has seemed perfect except that I live in the south and when wood is burried you get termites and carpenture ants.
I see on Youtube people making these beds near houses and such. This appears to be a disaster in the making. Am I off on this, I would really like to utilize this technique.
show more
8 years ago
hugelkultur
Hugelkultur With Sawmill slabs?
OK I have a real problem now. I have been studying and now have a real problem with this. What are you going to do about termites and carpenter ants.
I live in TN and burrying logs are a recipe to have termite swarms.

Heavy Clay Lawn Restoration
Had the same problem in a place that I decided would be a garden. Problem was that it had so much clap seeds cooked and water washed off. It was so bad the saw briers died.
The first year I tried to turn it to break the hard pan. It brock the plow.
I planted on sratched dirt black eye peas that I bought from the grocery. What came up I tilled into the soild while green.
The next year I was able to get a couple of inches deeper and planted suger snap in the spring and then buck wheat later. Both I tilled in while still green.
The third year was easy plowing and rich soil. I still tilled in early for maximum richness. By the end of the third year people were saying that it was easy for me to grow stuff I had good soil, If they had that soil they would too.
The main help was when I was able to get a shank drill to rip up for drainage. I ripped it but what the big benifit was organic leached down and the good stuff went with them (Worms nad such) that got them deep enough to survive the heat.
show more
8 years ago
lawn
Hugelkultur With Sawmill slabs?
My base operation for my farm is centered around a Sawmill. I am working to try to capure everything but the squeal. One problem is that in the summer I have more slabs than I can use or sell or give away. I was wondering about utilizing Hugelculture for some.
My operation is 100 acres and much is sloped with thin soil (rock poking out) in places.
What I am thinking is that I could easely bundle my slabs and build a berm 6 feet high. I have Sawdust so I would pile the top side with dust then bury everything with soil. I am blessed with equipment so this isn't a problem to build.
Question what do you recomend as crops on top.
How do you pick something that is soft ground and has something growing 6 foot off the ground level. I am wondering about berries and if you have 6 foot black berries on a 5 foot mound and the mound has rotting floor seems a problem.