Does a hose nozzle work as a venturi or a restriction on a chimney?
The venturi is generally misunderstood. It is a constriction used to create low pressure for side suction (like gasoline into the venturi in the air intake throat of a carburetor). Any restriction adds friction to the system and takes out energy. Nozzles and venturis increase flow speed not pressure.

Flues can be lengthened (to a point, eventually the extra cooling reduces draft) or insulated to increase draft.

The best source of information on woodstove draft is Chapter 5 "Chimneys" in The Woodburners Encyclopedia, which is available used from various sources.
show more
3 months ago
wood burning stoves
sun hemp
"Tropic Sun" is a variety grown in Hawaii. If you search: "tropic sun" crotalaria , you'll find info and apparently the only seed source, on Molokai.
I have taken seed to Haiti and distributed it there for cover crop and goat forage.
There's an article "Sunn Hemp, Sheep and Goats" at:  https://petcherseeds.com/pages/sunn-hemp-sheep-and-goats

Should we buy this 1.25" (31mm) stainless steel coil to heat an outdoor tub?
For more money you could buy a complete thermosiphoning wood burning hot tub heater:
https://islandhottub.com/wood-fired-heater/

To thermosiphon effectively, the hot feed line needs to slope/flow up. So if you want to use a rocket stove, geometric considerations require the hottub to be elevated and/or the stove lowered. You could plumb the lines through the wall of a (probably aluminum) cookpot (with stainless steel bulkhead fittings with gasket inside the pot) on a rocket stove. It helps if the cold return slopes/flows down, but it is less critical. Bigger pipes have less friction and therefore flow better.
show more
2 years ago
rocket stoves

How to plant cover crops without tilling
What do you plan to plant next year? How will you manage the crop? Till or no-till? Where are you? Still a little early to plant winter wheat. Vetch and/or crimson clover would be good if you want some nitrogen fixation. You could weaken some of the existing vegetation with a few weeks under black plastic. Tillage would give better soil contact for the seed and weaken the existing cover. That's why tillage is used.
show more
2 years ago
cover crops 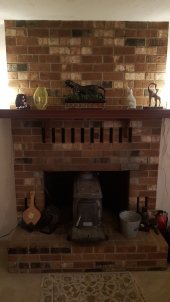 Rocket Mass Heaters vs. Scandinavian / Slavic Masonry Heaters
In a constantly cold climate I'd go with a masonry stove. The rocket mass heater bell is to get heat out quick. You don't want that, you want steady output. I built a "Russian" stove (here in Kentucky) with the help of a professional mason for under $1000. Got Basilio Lepuschenko's "Complete Plans and Instructions for Construction and Operation of a Masonry Stove" from Maine Wood Heat. (no longer available) Not quite complete even if it's in the title. Haven't moved into the house yet so can't comment first hand on performance.
show more
2 years ago
rocket mass heaters
Permaculture in Practice Workshops near Berea, KY
2017 Permaculture in Practice Workshops at Salamander Springs Farm near Berea, KY:
https://www.localharvest.org/blog/5606/entry/2017-permaculture-in-practice-workshops
show more
2 years ago
workshops
Desert compost ingredients -- other suggestions.
"Without detracting from the possibilities described for utilization of Opuntias in the production food and natural additives and the benefits for integrated use of the plant, many other popular uses have been known for centuries. Some of these are only now being studied scientifically. For example, the use of cladodes: to clarify water
(López, 2000); as an adherent for paint when added to lime (Ramsey, 1999); or to increase water infiltration into the soil (Gardiner, Felker and Carr, 1999).

Gardiner, Felker and Carr (1999) reported the first experiments on the use of cactus pear extracts for improving water infiltration in soils. After comparing polyacryl amides (PAM) with an undiluted and a diluted extract of cactus pear cladode, the authors found that use of this extract matched the infiltration rates found using PAM. However, many questions remain concerning this research, including the durability of the effect and how the extracts work in the soil. Again, follow-up R&D is recommended."

Harvesting Chestnuts, Appropriate Technology
There are a couple of sources for the rubber finger type harvesters:
https://baganut.com/collections/pick-up-chestnuts
(in Florida)
and
http://www.nutpickerupper.com/
(in California)
The products appear identical, so pick the closer for lower shipping costs. 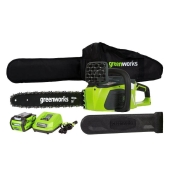