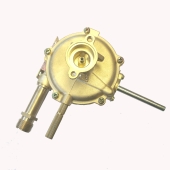 has anyone changed a diaphragm on the water valve of a Aquah 16L tankless water heater?
yep, well worth a thought. stuff like that is always so tricky to figure out. best of luck.

and yeah i've been offline, working a lot, "gone dark" for a while! am getting tons of stuff done though...
show more
19 hours ago
gear

has anyone changed a diaphragm on the water valve of a Aquah 16L tankless water heater?
one other thought, which may or may not be relevant, is that if you found out it is the related to the water pressure you could get a pressure tank. this would well cost money and be a chore...but i have also lived with really bad low pressure water and a finnicky tankless heater...and my landmate at the time got a pressure tank and this immediate worked out with the issues the hot water heater was having, cause it evened up and seriously upgraded the pressure.
show more
20 hours ago
gear

has anyone changed a diaphragm on the water valve of a Aquah 16L tankless water heater?
well i have had a few different cheap/older tankless hot water heaters that had quirks....so possibly what i went through with one could be related. for me with one it was the pilot...where the small part that was where the pilot light went on got ??? clogged with funk ??? or something, and taking this off and giving it a long soak in some strong cleaner stuff my friend hooked me up with..."fixed" my old hot water heater...where it stopped going on and off.

well yeah, no idea if this is your issue, and maybe not since you say it's related to not getting enough pressure and having to turn the sink on...hmmm...but, worth a thought anyway...if it's not the pilot/gas line flickering. those hot water heaters can be finicky. i've used several and almost all of them did that every so often...which SUCKS when your showering and suddenly get cold...although it was usually ok and only doing that every once in a great while isnt bad.
show more
20 hours ago
gear
I am my own worst enemy, selling everything to move to the sea
i've definitely heard that idea quite a few times...the thing about making a floating island of plastic waste in the ocean...then building on top and having it be free land for everyone island.

one of the weird bonus quirks of this would be absolute freedom from any state, nation or country, as the water has no jurisdiction.

and the other big thing about this idea, is that this already exist. there is an enormous garbage gyre /garbage patch in the ocean thats only getting bigger and bigger, where all the trash in the ocean and huge epic amount of plastic soda bottles are floating around, all pushed into the same space by the way the global currants move. so the suggestion is to melt all this stuff together and turn it into a huge garbage plastic base...to then build a land mass on top of and have it be a floating island.

on a way more traditional and organic style theres this ---> 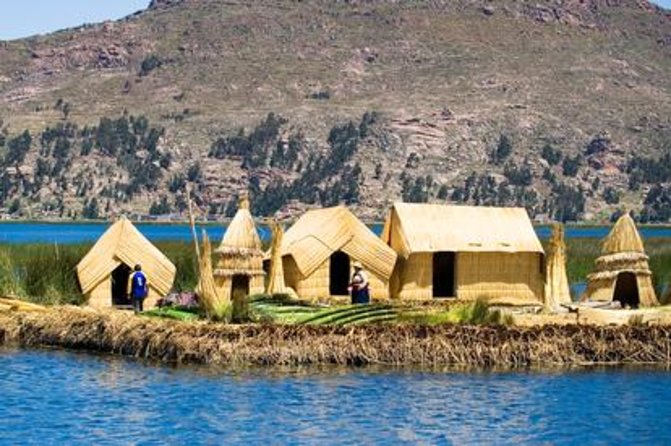 Larry Bock wrote:Meaningless drivel , no. I'd like to talk about what we learned from our grandparents. A post earlier made me think of a wonderful woman who went by the name Gramma. It had been awhile since I thought of her ( sadly). I was never a " mommies boy" or a "daddies boy". I WAS... " Grammas Boy" lol
She grew up on a farm, in a small town in PA called Nanticoke. Dirt poor, quit school in the middle of seventh grade. Got married at 17 to get away from the proverbial evil step mother. I lived with her for a year when I was 16 and got to know her. When she sat down in front of you with her cup of instant coffee, a jar of peanut butter and a banana ( her breakfeast of choice), she could keep you riveted with her tales of growing up on the " farm" and scratching out a life.Sometimes one of my friends would stop over to see if I was home. Many times, I'd walk in to find out that they stopped over hours ago and just sat at the kitchen table.....listening. " your Grandmother is cool as hell" they would tell me. Between her ability to tell a story, her tendency to use profanity while doing so, Her tough street smart demeanor...and no one was ever not offered a sandwhich and a cup of coffee.  Made them comfortable to sit with an old woman and just ......listen

If someone's interested, I'd be ok with a " tell me about you grandparents thread.       Larry
Probably a lot of useful knowledge could come from it?


nice, your gram and mine sound very similar, only throw in epic amounts of better food, and some knitting/crochet needles and her rocking chair...weaving a good yarn in more than one way, and yes downright vulgar at times =) but always funny about it.

my gram was also very popular and well known, she was everyone's gramma for sure, and knew people everywhere we went, she was like...local famous =)
show more
22 hours ago
meaningless drivel

How to make fruit trees grown from seed bear faster?

Ellendra Nauriel wrote:I vaguely-halfway recall something about how, if you take a scion from a young tree and graft it onto one that's old enough to bear fruit, the branch that grows from that scion will bear fruit within 1-2 years.

I can't find anything to confirm or deny that.

If it works, it might provide a way to taste-test the fruit of a seed-grown tree a little earlier, which will let you decide if it's worth letting it grow the rest of the way, or if you want to remove and replace it with something else. If you're breeding new varieties, that could be very handy.

Can anyone tell me if I'm remembering that factoid wrong?

yeah that sounds right to me too, i have read that too. it's the age and development of the roots that matters.

in regards to the OP, the main thing is the soil and nutrients, and as stated above. ^^ by other posters... FPJ and other foliar sprays, and starting in excellent soil of course makes it grow faster and better.
show more
22 hours ago
fruit trees
I am my own worst enemy, selling everything to move to the sea
well, at least you seem to be waxing poetic about your situ =) good title OP =)

anywho, when i was in your boat figuratively, i did live at several marinas, and it was the most comfortable i ever was being nomadic/homeless...only i lived out of a small van in the marina lots.
no one ever tripped on me camped out in the van sweet home in the marina parking lots in the smaller towns....

showers, laundry facilities, coffee in the morning, and in those days - public telephones/internet...

also i did briefly live on a friend's boat, for free, and for quite a while most of s spring and summer.... but i would only suggest it in a calm port. i definitely rather be in a tent/ van / camper shell, a shed/tiny house, glamping spot in your friends backyard =)
show more
23 hours ago
personal challenges 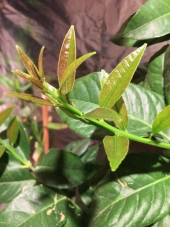 Too Much Light for Lemon Tree Leaves
in my opinion the leaves are not getting too much light, and also i don't think there is anything wrong. i think the leaves will gain more color as they grow out.

potentially i am wrong, and this is indicating something, but if anything i would think it would be a nutrition deficiency. however i still say, it's ok.

potentially also, there are some strains that show pink and reddish leaves, variegated. the 'Eureka' lemon is one that has this quality, so if this lemon is related it might be a natural occurance. this is where the pink lemon comes from - a mutation of the 'eureka'. other strains of lemon often have reddish color on the new growth, which should change to a dark green as the leaves grow.
show more
1 week ago
trees
NYT Article about the imminent demise of one of the US's oldest family farms
^^^this is interesting, i have been wondering about them.

i have just lurked around groups like this, but i can say that all the groups i have lurked around are free to join and post, and also what i lurk for are more internship type opportunities, land shares, and other possibilities, where there are usually good postings for people looking for those types of arrangements.

so not to say i advocate for these groups, just to say i have been watching this and reading about this and wondering if this can be an answer, if they figure out how to really help with land access. at least there is some growing awareness that this is a significant issue that needs to be sorted...

i definitely have thoughts like...why don't they just not take those millions and - straight out buy farmland and give it to new farmers...or pay off existing farmer's mortgages, etc...or use some of our public land to create more farmland for cheap/free lifetime lease or etc...

at the least there are some good programs under the USDA for rural housing/farmland...like the no down payment...where the grant money pays the down payment...but with that they need to change their requirements in regards to student loans. now this may seem like a fussy point but it's actually a major problem with who can qualify for those grant programs...because of the way they count student loan debt, they consider the whole debt as though you must pay it off at all once, instead of factoring in only the monthly payments, which for some can be 0-50$ a month...

but yeah besides that point, overall thats one of the only programs i know of that has actually been a major help to getting land access...if only you have no student loan debt.

well it could be a solution i think...if these farm links groups were better at actually helping with cheap/free land access...or helping out older farmers wanting to see their farmland continue to be farmland.
i dont know what would need to be changed to have a farmlink program that was better...but i do think there is a need for this...an organization that could match up people with opportunities....network all the people who are already looking for these types of arrangements.
show more
1 week ago
homestead

Christmas and Jesus. I say Merry Christmas, not happy holidays.
well maybe a tad late...but came across this vid again, got some good deep chuckles -->