(currently closed) Recipe testers wanted for cookbook (can be anywhere)
Yes, I'd be very interested.
Long experience in food service and homestead cooking.  We're currently standing up an old (neglected) Amish farm. Could be interesting as we're doing most cooking the old fashioned ways. Also have lots of local foods to work with,  home and locally grown.
show more
5 months ago
volunteer offerings

looking for cancer research: cancer rates from 1860 to now
Given all the good points about cancer research in 1860 being crude and limited and so, deficient for comparison, I did find this :
1842 - ITALY
Domenico Antonio Rigoni-Stern undertook the first major statistical analysis of cancer incidence and mortality using 1760–1839 data from Verona. This showed that more women than men died from tumors, and that the most common female cancers were breast and uterine (each accounting for a third of total deaths). He found cancer death rates for both sexes were rising, and concluded that incidence of cancer increases with age, that cancer is found less in the country than in the city, and that unmarried people are more likely to contract the disease.
as well as
Before 1900
Lung cancer was extremely rare; now it is one of the most common cancers.

In support of a number of the previous comments, this paper visits the "unqualified" use of papers like Rigoni-Stern's study of 1842 as an "anchor" for more modern thinking on a given subject, despite radical changes in the research processes, in this case, cancer -
The little death: Rigoni-Stern and the problem of sex and cancer in 20th-century biomedical research.
Aviles NB.
Abstract
Approaches to the organization and conduct of cancer research changed dramatically throughout the 20th century. Despite marked differences between the epidemiological approaches of the first half of the century and molecular techniques that gained dominance in the 1980s, prominent 20th-century researchers investigating the link between sexual activity and anogenital cancers continuously invoked the same 1842 treatise by Italian surgeon Domenico Rigoni-Stern, who is said to originate the problem of establishing a causal link between sex and cancer. In this article, I investigate 20th-century references to Rigoni-Stern as a case of a broader phenomenon: scientists situating their work through narratives of venerated ancestors, or originators. By explaining shifting versions of originator narratives in light of their authors' cultural context and research practices, we can reimagine as meaningful cultural symbols the references that previous scholars have treated as specious rhetorical maneuvers. In this case, references to Rigoni-Stern provide an interpretive anchor for American scientists to construct continuity between their work and a diverse historical legacy of cancer research.

Questions that have to be considered are
1) proportionality - Is an increase in numbers of cancer cases proportionate to the increase in population overall, whatever the sample used?
2) improvements - Have the statistics been adjusted to reflect improved cancer detection and assessment?
3) data quality - Do the statistics reflect the changes in quality of cancer diagnostic data over time?
4) data equivalency - does data collected in 1820 have the same weight as data collected in 1920 or as in 2019?  When did data collection start?

In essence has all the data been normalized and how? Have environmental considerations and daily life conditions been evaluated for the target population?

Mortality data from 1930 to 2016 were provided by the National Center for Health Statistics (NCHS).1-3 Forty‐seven states and the District of Columbia met data quality requirements for reporting to the national vital statistics system in 1930, and Texas, Alaska, and Hawaii began reporting in 1933, 1959, and 1960, respectively. The methods for abstraction and age adjustment of historic mortality data are described elsewhere.3, 4 Five‐year mortality rates (2011‐2015) for Puerto Rico were previously published in volume 3 of the North American Association of Central Cancer Registries’ (NAACCR’s) Cancer in North America: 2011‐2015.5

Population‐based cancer incidence data in the United States have been collected by the National Cancer Institute’s (NCI’s) Surveillance, Epidemiology, and End Results (SEER) Program since 1973 and by the Centers for Disease Control and Prevention's (CDC’s) National Program of Cancer Registries (NPCR) since 1995. The SEER program is the only source for historic population‐based incidence data. Long‐term (1975–2015) incidence and survival trends were based on data from the 9 oldest SEER areas (Connecticut, Hawaii, Iowa, New Mexico, Utah, and the metropolitan areas of Atlanta, Detroit, San Francisco–Oakland, and Seattle–Puget Sound), representing approximately 9% of the US population.6, 7 The lifetime probability of developing cancer and contemporary stage distribution and survival statistics were based on data from all 18 SEER registries (the SEER 9 registries plus Alaska Natives, California, Georgia, Kentucky, Louisiana, and New Jersey), covering 28% of the US population.8 The probability of developing cancer was calculated using NCI’s DevCan software (version 6.7.6).9 Some of the statistical information presented herein was adapted from data previously published in the SEER Cancer Statistics Review 1975‐2015.10

The NAACCR compiles and reports incidence data from 1995 onward for registries that participate in the SEER program and/or the NPCR. These data approach 100% coverage of the US population for the most recent years and were the source for the projected new cancer cases in 2019 and cross‐sectional incidence rates by state and race/ethnicity.11, 12 Some of the incidence data presented herein were previously published in volumes 1 and 2 of Cancer in North America: 2011‐2015.13, 14

Whenever possible, cancer incidence rates were adjusted for delays in reporting, which occur because of a lag in case capture or data corrections. Delay‐adjustment has the largest effect on the most recent data years for cancers that are frequently diagnosed in outpatient settings (eg, melanoma, leukemia, and prostate cancer) and provides the most accurate portrayal of cancer occurrence in the most recent time period.20 For example, the leukemia incidence rate for 2015 in the 9 oldest SEER registries was 12% higher after adjusting for reporting delays (15.2 vs 13.6 per 100,000 population).10

So, without doing all the research myself, there was no immediate up-front validation for that figure. It would seem to be very difficult to make a statement like that without having established that increase as empirical fact in some specific population, and then having sufficient justification to extrapolate that to the entire human population. This doesn't seem very likely given the overall points brought up in my searches and here in this thread.

Hope this helps.
show more
1 year ago
science and research 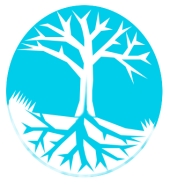 The carbon sequestration postage stamp: help me brainstorm it
Jesse,

For details on carbon sequestration by trees, the effects of planting trees, and for ideas of how to engage the funds from this, I suggest that you contact Clare Dubois, the founder of Treesisters (treesisters.com) @ through her webpage or at her email of clare@treesisters.org   They are doing fantastic work in exactly this space and would undoubtedly be willing to team up with you on this. Tell her I sent you, and I'll give her a heads up to expect your contact. She's in California, so not that far away

Regards
John Strohl
show more
4 years ago
products
If you could say ONE sentence to non permies...
Permaculture - the body of best practices in human cultivation of food aggregated from centuries of Earth friendly practice and applied continuously to sustain soil, soul, and living community, defining a PERMAnent agriCULTURE.

Ultimately, what you say should be tuned to your audience, so there may not BE a one size fits all, but it was a fun idea. 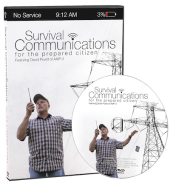 down-grid survival communications
Got a nice opportunity to BUY their video, but couldn't just watch it.

Thanks for the try.

JS
show more
5 years ago
survival
what process do you use to quickly identify?
Welcome, Sergei

I'm very interested in your book. What process do you use to quickly narrow down the identification process? I've used books that rely on flower shape, color, and structure which is great if you have flowers but if you don't it's an issue. Others simply organize the material alphabetically by latin name - REALLY useful for the average Joe! There is a small (pocket sized) book for identifying woody plants that relies entirely on leaf structure, shape, and texture. That seems to work very well for woody plants and I wonder why it's not as heavily used in the books I've seen for wild foraging. Ultimately, I'm interested in your approach so that I can tell whether this book will be the one that solves the problem in our house of "if we're not sure, we don't eat it! - which translates, for my wife, to "I'm NEVER sure, so I'm not looking!"
Thanks, and again, welcome to Permies!
John Strohl
show more
5 years ago
wild harvesting
shippable core - business opportunity
Paul,

Then I'm one of the kind of people you're looking for. That said, there are a few details missing to know whether someone can make a living doing this and now that I know that you are mostly acting as a go between and facilitator I'll go chase down Ernie and have that discussion with him. Cost of materials, cost of labor, and doing it all sustainably (in the best sense of that word) are what I need to be looking at, and designs and production expectations are key to those considerations. Shipping is a no-brainer. Manufacturing a quality product "Made in the USA" is not hard either... with the right information. Thanks for clarifying.

Regards
John
show more
7 years ago
rocket mass heaters
shippable core - business opportunity
Thanks for the feedback, Edward. That's exactly why I asked. I don't expect Paul to help me. I expect him to provide a little more detail regarding that side of the equation. Paul hasn't made some of these points explicitly clear so I'm laying out what I see and asking him to respond. I expect he will at some point. He doesn't need to talk more about how I would run MY business. He needs to talk more about how the other side would run, possibly starting with what his selection criteria are for his finalists and what his expectations are for them to fulfill - volumes, time frames, turn around times on orders. To be honest, as a manufacturing guy, there's a whole lot of room for more information before I can say much beyond "I'm interested". Right now it's a little ambiguous, but that's why I'm opening up the conversation. I look forward to hearing from him.

Regards
John
show more
7 years ago
rocket mass heaters
shippable core - business opportunity
Paul,
To try and clear what may be ambiguous to some about this - what I'm hearing is that you are looking for some folks who are capable of, interested in, and ready to manufacture (or manage the manufacturing of) and ship Rocket heater/stove cores. Can you confirm that? I'm seeing responses that imply a willingness to sell, a willingness to ship, not so much an understanding of or willingness to manufacture. If what I'm hearing from you is correct, I am a potential candidate. I am located in s.e. Ohio which has tremendous market potential in it's own right, I have the space, I have ready access to multiple shipping paths, live in a rural area where costs are low, and probably have most of the equipment to get this going relatively quickly. I would obviously need whatever the current plans/blueprints are for manufacturing, production requirements, and other operational expectations. My specific shortfall is startup costs. There are potentially several way to handle that but most quickly engaged would be a "kickstarter" or similar campaign, or angel investor. What are your thoughts?
Regards
John Strohl
show more
7 years ago
rocket mass heaters