Smart Meter. My Power Company Will Have Me Arrested If I Take It Off.
A small portable solar system is a great idea. I hope you can sort it for cheap!
Putting a cover over your washing line (even just a tarp), or put it undercover will help with the clothes drying in the wet weather. I'm keen on putting a clothes rack in the kitchen way up high on a rope and pulley system.

I have a 12V fridge and it doesn't get as cold as I'd like. Neither does the freezer portion. It freezes but not cold enough for ice cream, for example.

It's called a Beier, which is made by the same people who make Heier and other cheaper branded freezers/fridges. I'm asking all the questions about the tubes to the seller.. the seller is probably sick of me by now! haha. It only as a 12 month warranty, so when they say that running it as a fridge won't shorten the life of the freezer, all it has to do is last more than a year huh? From our previous experience, our last converted chest freezer lasted 3 years almost exactly. It was 240v though - I havn't used 12v fridges or freezers yet. (Caught between two worlds at the moment, hanging out for the off-grid one!)
show more
7 years ago
solar

Cj Verde wrote:Well, my husband said there may be an issue but not the one you suggest. All the tubes he has seen are stainless steel or copper, neither of which rust. Also, he said the refrigerant doesn't freeze but does the opposite, it boils. It changes from liquid to vapor at the compressor.

That might actually be really good news. I'm looking at a 12v chest freezer at the moment (on eBay, urgh!) that says it can be used in refrigerator temps as well. If what you say is true, then it might just be the answer I was looking for! I noticed most tubes I saw online were steel coated with copper. They're listed for use as either fridge or freezer tubes, so perhaps the freezer I had before was just terrible quality? It'd be just my luck that the "quality" "Made in Australia" freezer we chose was worse than the "cheap" "Made in China" freezer we're looking at now.

I admit, the 240v chest freezer we converted was around the $600 mark.. the 12v one is around the $900 mark. Ouch hey! It hurt my green heart to throw a shiny scratch-free freezer away last year though, so I don't think I could do it again.

Our family doesn't have any other 12v appliances other than the laptop car charger, mobile phone chargers.. that kind of thing. Thinking of using 12v LED lights.. anything to avoid the cheap inverter and it's losses.
show more
7 years ago
solar

off grid appliances
I saw on websites that the Sundanzer sell chest-style fridges, which would be my personal first choice. I can't get them 'across the pond' though - almost tempted to pack up and move!

We did the chest fridge conversion thing here for 3 years. Loved it. It does have downsides though. It needs cleaning about once a week to remove the moisture build-up. It takes time to get use to. No plates in the fridge.. you have to put left-overs in containers. Other than that, it used very little power (.2kwh per day) and it was so quiet. The reason we had to get a 'normal' fridge after 3 years was the tubes that hold the refrigerant are designed to be frozen in a normal chest freezer.. so they eventually rusted and leaked. It was a sad goodbye.

If the chest freezer is designed to be run as a fridge, it wouldn't rust and leak out the refrigerant, and I'd be singing it's praises once again. If only I could find such a thing here. I'm keen on not spending the extra $$ on more panels and batteries just to run a 240v upright fridge that lets all the cool fall out every time I open the door to see what's in there to snack on. Ugh!
show more
7 years ago
solar 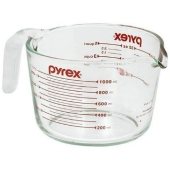 the most eco and last coffee maker - cowgirl coffee

Adrien Lapointe wrote:Mabel, is that an all stainless steel French press?

the most eco and last coffee maker - cowgirl coffee
I just listened to the podcast addressing this issue and had to join up here just to share the solution I found a while ago now.. (please excuse the bad photo!) 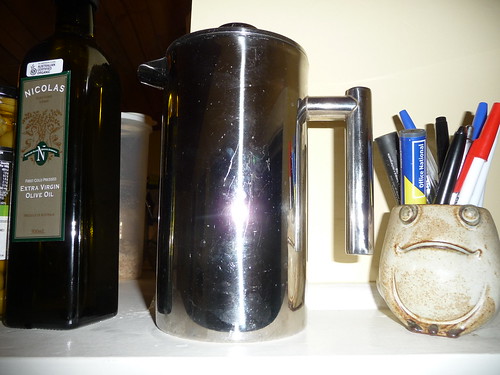 The Grumpy One broke the glass on his french press - and when I saw this, I just had to have it. I'm loving how so many people here are admitting to breaking the glass too. He thought he was the only one, but he'll only grunt if I direct him to this post to prove otherwise - it won't make him feel better.

I do love the smell of a good coffee, it's just the taste that makes me go BLERGH!

We don't expect we'll need to ever buy another one. Oh, it's double-walled to keep the coffee hot for longer.
show more
7 years ago
frugality