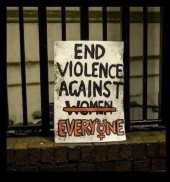 Who said that one gender is always right and the other always wrong on this thread? Many people have pointed out that violence might be disproportionate or skewed but I don't recall anyone saying "I'm always right and you're always wrong". In fact, I see a lot of women trying really hard NOT to do that because it's been done so often to them.


paul wheaton wrote:If we have data that suggests that our society is committing a wrong against one gender, then that does need to be addressed as a societal issue. But we have to embrace ALL gender issues - we don't just ignore half the population.

I'm in full accordance for embracing and addressing ALL gender issues. What are your biggest concerns?

Mine are:
--The sex trade - people, a disproportionate number of which are women and children, being sold into human bondage (I'll admit that I don't know of any adult men being sold but the possibility is there) - this is a growing concern in AZ as it has come to light that women, girls and boys are being abducted and brought over the border from Mexico so that American men can have sex with them. There have been some massive sting operations that have caught some of the perpetrators, and there has been a big effort to educated hotel/motel staff to the issue. Unfortunately this has driven this practice into isolated trailers and open fields. To date, they have not caught any female perpetrators. Does this mean there aren't any female perpetrators? No. The possibility exists that there are.
--Laws that limit what people can do with regards to the autonomy of their own bodies - at any given time there are dozens, possibly even 100+ laws proposed limiting the autonomy of the female body in this country (USA) at all levels of government. I currently do not know of any laws that limit the autonomy of mens' bodies. Perhaps there are some that I don't know about?
--Access to sexual education over and above abstinence for both genders, safe and effective birth control for both genders, access to the morning after pill/safe abortions/vasectomies for those who want them - no questions asked, parenting classes for anyone who wants them. Both genders lack this access in many parts of the USA and around the world.
--The abolition of practices that remove part of one's body or mutilate it due to religious or cultural mores. Both genders suffer from this although I could make a very compelling argument that male foreskin circumcision, especially performed by a doctor in a sterile environment, is vastly different from having one's clitoris and outer labia removed with a piece of broken glass or non-sterile cooking knife and then abrading and sewing the inner labia together as a kind of chastity precaution.
--Globally - laws that allow an adult to marry a child - sometimes a very young child. I have only ever heard this happening to girls. It's possible that it also happens to boys but I don't know about it.
--Globally - laws that limit the right of adults to vote, drive, wear the clothing that they want, own property, access educational opportunities, access employment opportunities that pay equally so all people can support themselves and their families.
--Religious mores that allow honor killings or disfigurement (like splashing acid in someone's face), stoning individuals for being accused (proven or not) of having sex outside of marriage, workplace morality clauses that punish people for something that happened on their own personal time and not at work. These can occur to both genders depending on where in the world you live and the religious beliefs involved.
--Sexual violence perpetrated on the LGBT community BECAUSE they are LGBT. This also includes attempts to "re-educate" LGBT youth/adults.

There's more - but those are the highlights that occurred off the top of my head while writing this.

I think when we discuss gender issues - we need to acknowledge that many systems have been set in place with a cultural and/or religious bias towards one gender. In my experience, these biases have been overwhelmingly in favor of men and not women and definitely not people who fall outside male/female gender associations. There exists the possibility that there are systems that are skewed to favor women. The most often cited in the USA is child custody and divorce laws. (http://www.thesocraticproject.com/2013/01/17/do-divorce-laws-favor-women/) Sitting here thinking about it - no other system comes readily to my mind (personally) that is skewed to favor women.

Perhaps others can chime in here. Obviously I see the world through a woman's eyes and through a woman's experience. That is my bias, although I do try to engage in challenging that bias. I fully admit that I am not perfect, that I do not speak for all women and that I don't have universal knowledge of the plight of both men and women around the world. A possible plus for me is that I have is a somewhat diverse background: I have lived on four continents in countries with a diversity of primary religions including various forms of Christianity, Islam, Buddhism, Taoism and Confucianism, spoken three languages and attended Catholic, Islamic and Buddhist schools.

feminism and sexism
Lorenzo - that is possibly one of the most beautiful posts I've ever read. Thank you for posting. You did an exquisite job of expressing yourself in English. You made me cry. Peace to you, my brother.

feminism and sexism
Elle - thank you for speaking your truth in a public forum - that took amazing courage.

I, too, have been assaulted in the "worst possible way" by a group of men. And there was an attempted assault by a dermatologist in Paris who wrongfully locked me in his office after hours. And the guy in Kenya when I was 12 and walking down the street - he was coming from the opposite direction. When he passed me, he swooped down and grabbed me in the crotch, probing with his fingers. On a busy sidewalk. In the middle of the day. It's now 40 years later and I STILL remember the trauma of that day - quite honestly, it makes me want to vomit.

There are many other instances that we all face every day. Working in a predominantly male profession (IT), I was often asked out for lunch with the rest of my team - all men - they invariably wanted to go to Hooters (for those who don't know - it's a restaurant that specifically hires large-breasted women who then wear tight, scanty HOOTERS uniforms). Hey - if people want to work as a "Hooter's girl" - it's not my problem. However, after a few times of accompanying the rest of my team to lunch - I'd had it with their crude behavior towards their servers. When I said something about it - I got reactions that were very similar to this thread. Some were affronted and told me to suck it up and deal with it, and some tried to see things from my vantage point and started to "get it". A couple even admitted that they felt uncomfortable going there themselves as they didn't like the vibe. So, the men who thought I should "not be so sensitive" basically shunned me and the others remain friends to this day.

Elle - I'm sorry that you have had the experiences that you've had - please feel free to PM me if you'd like. And I whole-heartedly empathize. I'm sorry too for the men who've been sexually assaulted (many when they were boys). It's an issue that we need to face if we are truly to embrace the ethics of permaculture. Without Care of People, we lose out on Care of the Earth and gaining meaningful Surplus. 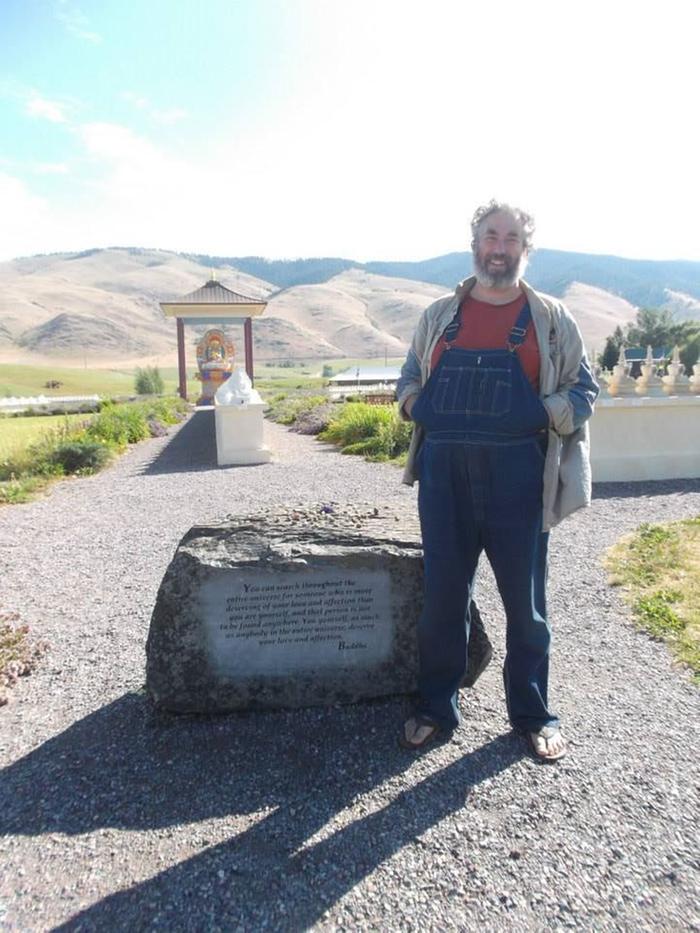 spoon theory
The spoon theory is really useful for those of us battling various chronic illnesses. I've managed to not only survive but THRIVE because of the spoon theory.

I should have been up at Paul's this past week for his retreat for staff. But spoon theory and obligations here (Phoenix) dictated that I do otherwise. My love for all of you enjoying Paul's hospitality right now, and to Paul and Jocelyn. Phoenix is just too damn happening for me to get away right now.

Peace to my Permies and rock on!
show more
6 years ago
meaningless drivel

Farm restoration grant - please vote for me!
Voted! I love the way people are showing up to help out! Permies is all about community - we can do this together.

Reinventing Roots: Indigenous Empowerment Indigogo Campaign
This Indigogo campaign was put together by Reinventing Roots a permaculture group in the Negev (desert) in Israel who are training indigenous people in permaculture principles. They are trying to raise $750 to help buy some tools and supplies for their upcoming course.

Here's an idea of how far a couple of dollars (or shekels) can go:


Please consider donating to this program to get more permaculture knowledge to more indigenous peoples! 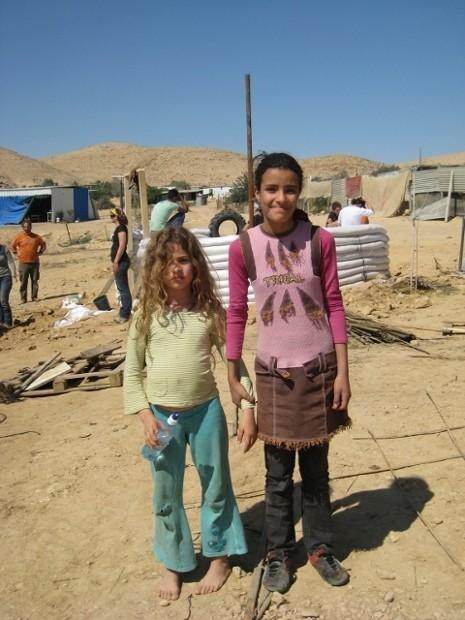