+ Follow
65 Posts 12 Threads 2 Apples
since Feb 18, 2014
Merit Badge info     Merit Badge profile
I currently live in Columbia, Ky. I am happily married and have one 4 month old girl. I bring home the bacon for them by building conventional, forest destroying, inefficient, stick frame houses. It's not my favorite thing to do but it does pay the bills and it is funding the house we are in the process of building on our 3 acres of marginal woodland. When I was 15 years old I read Joel Salatins "You Can Farm" and I have been hooked on having my own farm ever since. At about the same time in life I was studying health and realized that the best way to be healthy was to eat good food and the best way to get good food was to grow it myself. Ever since then I have been reading books and studying everything I can get my hands on having to do with organic, permaculture, alternative, sustainable, natural, farming. I love Joel Salatin, Eliot Coleman, Gene Logsdon, Sepp Holzer, Wendall Berry, Sir Albert Howard, Mike Oehler, Ron Paul, and raw milk. Give me liberty or give me death.
Columbia, Ky
Apples and Likes
Apples
Total received
2
In last 30 days
0
Total given
0
Likes
Total received
25
Received in last 30 days
0
Total given
36
Given in last 30 days
0
Forums and Threads
Scavenger Hunt

청마루 (Cheongmaru) Floor Systems
How can green wood be used for this? Wouldn't the shrinkage cause gaps in the wood?
show more
4 years ago
natural building 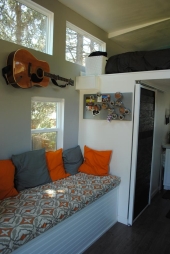 Tiny House Introduction
Love the tiny house! Can I ask how much it cost to buy?

show more
4 years ago
tiny house
Looking for land for a tiny house, farming and organic agriculture
Hi, and welcome to permies!

I got to say that I love your plan and where you want to go with you life. I hope I can help you move in that direction.

I build tiny houses and could build a custom home to fit your needs and deliver anywhere in the states/ish. Let me know what you're looking for and a price range and we can talk! philipnafziger@gmail.com

Also, land in south central Ky, where I live, is around $1500-$3000 per acre. Beautiful scenery,good climate, great woodlands, good grass.

Good building design and insulation choices for A-frame and cathedral style ceilings.
Hopefully my subject line is fairly self explanatory. I have a 16x26 cinder block cottage, currently in build phase, that I would like to put an A-frame style roof on with two dormers and maybe a small loft depending on how steep I want to go with the pitch.

I have seen first hand the amount of condensation that can happen in these types of systems when the cool air from outside meets the warm air inside and most definitely will avoid that at all costs. Conventionally the easy fix is bubble wrap, felt etc, but if I can avoid that as well I will want to. Of course the majority of heat is lost through the roof so I want as much insulation as possible.

I have thought about many of these aspects extensively, but I can't seem to come up with a good solution.

Can I avoid using underlayment beneath my metal roofing with a type of rain screen? Has anyone done this and if so, how?

I can structurally use 2x6's to frame my ceiling but something with a little more depth may be better like a 2x10, so that more insulation can be packed in, I am guessing.

I live in timber rich south central Kentucky and can get my hands on unlimited amounts of sawdust. How does one go about dense packing sawdust in a ceiling?

I have found this brand to be satisfactory. Price, quality and selection. They meet all of your criteria that I'm aware of. Happy tiny houses unite. Phil

Straw clay slip and board and batten
Thanks for the 2 cents worth! Can i get anymore pennies out of you?

Very cool! I always love building techniques that can be adapted and implemented in many different cultures and areas of the world. We have a large forestry industry and not as much straw here in south central Ky, so I may seriously consider using wood chips or saw dust.

Jay C. White Cloud wrote:Absolutely you can!! I still would recommend a "rainscreen" system to mount your b&b to, but this type of finish is more that plausible. I would need to know more specifics to give and detail advice or make further recommendations...

Could you elaborate on a "rainscreen"? What specifics would you need to know? 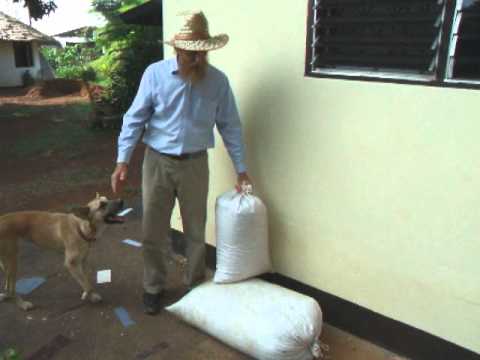 
Jennifer Meyer wrote: I'm just south of you in NC, where I wouldn't even consider straw bale because of the high humidity. What the termites don't get, the mold will. You might want to treat your bales with a retardant or consider earth bag construction if you have a humid climate where you are.

There are examples of well built SB homes in humid states like WA. It can be done no problem.

If you haven't considered light clay as a building method you could check that out. A great alternative to SB. Having looked at both methods, I would consider light clay to be easier and just as effective.
show more
5 years ago
earthship

I don't know much about straw bale; but I do know you can not substitute hay. Hay is 'greener' than straw. It has more organic matter and moisture. The hay will break down over time and lose volume and eventually return to soil. Straw is much more stable over a longer period. Also hay is 'wetter' than straw and will cause moisture/mold issues inside your walls. Straw has a very very low moisture content.

If you build with straw you will likely have to truck it in from a grower that specializes in high compression bales; or have someone custom bale the straw. The bales have to be around 900 to 1000 psi to make good building material. I have read the 'normal' baling pressure of straw bales is in the 400 psi range. Again, this is just from reading a few years back.

Hi, Sarah
While it is true that hay cannot be substituted for straw, it is not necessarily true that you will have to go to any great length of effort to provide yourself with building quality bales. The bales themselves should not be supporting any part of the structural integrity. Your framing does that and the bales in-fill everything else. Of course you would want as tight and densely packed bale as you can find but i have never heard of anyone ever having to test for psi on a bale.

It sounds like you are planning a partial berm house?

If you move to Ky, there are not usually any code requirements outside of city limits. It's great:)

Here to help if I can, but building your own house is not a simple or easy thing. Phil

Straw clay slip and board and batten

Terry Ruth wrote:Philip. am I missing something why not use the board and batten exterior as forms?

This is one of the exact questions I was trying to figure out! According to the video (which is was AWESOME!) Using my Board and Battens as my outside forms would cause issues with white mold forming due to the lack of air circulation. According to Chad Christopher who has tried this, it doesn't work.


Terry Ruth wrote:I'd leave some ventilation gaps to ground and out the soffit_ridge vents behind the boards and battens so drying can occur in that direction if need be but, now form work has to be pulled...have large overhangs so water cannot get into the wall, slopes at least 30% grade. If it is super humid there and no wind I'd rethink that one. Understand how the coating's on fasteners are going to react with the mixes.

Unless of course there could be a way of leaving an air gap as you have mentioned between the exterior and the light clay. Unfortunately, I cannot think of a way to actually make this work.

If I simply used the B&B as my form, the light clay would be packed directly against it, causing white mold. Also if I could figure out a way to leave a gap between the B&B and the light clay, it still would not be vented but rather trapped air pockets.

Seems like my best option, as has been said, is to use forms for the inside and out then install the B&B.
show more
5 years ago
natural building

Straw clay slip and board and batten
I had no idea that there had been so much action on this thread because I never received any notifications! What a pleasant surprise, thank you everyone for your input.
show more
5 years ago
natural building