+ Follow
92 Posts 4 Threads 2 Apples
since Apr 24, 2014
Merit Badge profile
I have a business consulting about, building, selling products related do cold weather aquaponics.  Based in Madison, WI, I'd love to connect with you to see what we can do together.
Madison, WI
coldweatheraquaponics.com
Apples and Likes
Apples
Total received
2
In last 30 days
0
Total given
0
Likes
Total received
9
Received in last 30 days
0
Total given
32
Given in last 30 days
0
Forums and Threads
Scavenger Hunt

ANYONE in Washington State/Seattle?
Sounds like you're putting in the leg work. Hopefully it'll bear fruit. Have you tried contacting Meg from the AA directly? She's fairly responsive, and would probably love to hear that you're beating the bushes.

I'm from Wisconsin and broke, so not likely to make it to a class

I don't know Walt, but I do know that in the US - at least on the mainland - there's a growing sense with many people that the aqua-shysters have taken over and all the information out their is dishonest self-promotion. I don't think that's the whole story, but there is some truth to it. He could be reacting to that sentiment.

My experience with fish farmers is that they're largely a salt-of-the-earth humble bunch who I often hear say things like "I've been growing fish for 30 years and still have a lot to learn." When they meet some aquaponic (or RAS) upstart saying something like "I've been doing aquaponics three years and now I'm an aquaponics engineer / guru and would you like some consulting?" they can be turned off.

All that's to say if I were you I'd try and take a humble approach, under-promise and over-deliver, and be patient for the first few years. If aquaponics proves commercially viable in the PNW folks will come round.

I'd love to meet you too someday.

Have you reached out the Aquaponics Association?

I know there's a lot of activity in the PNW and BC in innovative aquaculture.

Always easier to work within existing structures if you can.

You're right that Hawaii is a bit unique in how collaborative everyone is. I think that's mainly thanks to Glenn and a few others.
show more
6 years ago
aquaponics 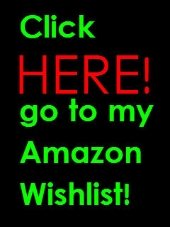 Winter heating in the UK! Air source heat pump?
Air source heat pumps have changed completely in recent years. You can find mini-split products from Mitsubishi that approach the efficiency of ground source heat pumps. It's a real game-changer.
show more
6 years ago
aquaponics
GalacticRecent Aquaponics Installment at University of Montana's Corner Store at the Lomasson Center
Looks like fun. Thanks for sharing.
show more
6 years ago
aquaponics
means of pumping water
You could boil the water with a fire and use a piece of angled glass to make sure the water condensed in the other portion of the system.

If you were on the moon, the Earth-tide could do a good job of transferring water. If avoiding electricity use is the goal, you'd have to bring a lot of firewood along to keep your water melted. Also little breathing apparatus for your fish since there's no oxygen. 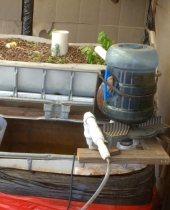 DWC refers to deep water culture. Looking at your system, it looks like a flood drain, so DWC issues wouldn't apply.

When I built my swirl filter, I tried to avoid those bottles with the handles since it seemed like they wouldn't swirl as well. I wonder if that's been the case for you? You can get a round one here or at your local brewery store.

I'm currently looking into developing my filter system further to take out more of those particles, experimenting with bird netting and such. I know UVI uses tilapia in their swirl filter to clean the walls.
show more
7 years ago
aquaponics

aquaponic maintenance...
I'm guessing you're doing a DWC system. Is that right?

I'm dealing with some of the same issues. Solids pile up fast. I'm thinking I may need to go to a larger filter with bird netting to take out the rest of the solids.

Wow - yeah that's a big span, depending on your snow load. Is there a reason you're opposed to support posts?
show more
7 years ago
aquaponics