Pea germination problem
Thanks to all who responded. From the info that was given, I think that the problem could be I got them in the ground too late (very wet Spring) and then continued to have rain. I've never had much problem with peas of any kind before so I was really surprised when these didn't come up. Maybe I'll try them this Fall in the hoop house.

Thanks again.
show more
5 years ago
plants
Pea germination problem
Last year i grew snow peas and they did quite well. At the end of the season, I let a bunch grow until the pods were filled out and dry, then picked and shelled them for this year's seed. Of course in the process, some fell on the ground and shortly germinated and grew right up through the straw mulch they had fallen into. I packed the seed I saved in a vacuum sealable zip lock bag and put them in the basement until I planted them this Spring. To my consternation, not one of them came up. Does anyone have any idea what happened here?

show more
5 years ago
plants
Using a dug well for rainwater catchment?
Free or not, thanks for offering your take on my situation. I'm more concerned with how to deal with the surface water than getting it back out of the well. I have a shallow well pump (currently not hooked up) that i can use to get water out of the well, but at certain times of the year, primarily in the Spring, much of my 5 acres is pretty sloppy. I can't, for example, begin to plant my garden, even frost tolerant stuff, because it's so muddy. I've considered putting in drainage, but there isn't a spot that's substantially lower on the site to drain to, and I really would like to store that water for using for irrigation during those dry summers we sometimes get, as well as for watering livestock. The only thing other than the well that i've come up with is to drain to a relatively small sump tank, and then pump up into a larger above ground storage tank.

Having more projects than i can shake a stick at and living on less than an inexaustible source of money doesn't make this or any of the other projects easy.

Thanks.
show more
5 years ago
rainwater catchment
Using a dug well for rainwater catchment?
John, that's a great price for the IBCs. I haven't seen them around here for less than $100. As to the cost of pumping the water from underground, I'm looking at having to install at least one pump, no matter what I do, so that's already in the equation.

Thanks.
show more
5 years ago
rainwater catchment
Using a dug well for rainwater catchment?
Groundwater banking may be useful in areas where the aquifer is depleted, such as Texas and California, but here in the Finger Lakes of NY, at present we don't have a depleted aquifer. Additionally, the clay soil would make the pond approach to banking impractical and putting in a well down into the aquifer would be ok if I needed water, since there's plenty, but not for injecting it.

I need some surface collection approach, and I thought that using an existing well might be possible and would save the cost of purchasing or building a tank of any size.

Thanks for your suggestion, though.
show more
5 years ago
rainwater catchment
Using a dug well for rainwater catchment?
My property is connected to town water for domestic use, but I'd like to start storing rainwater and snow melt for irrigation and watering animals. There is a dug well on the property that was used prior to the arrival of town water that maintains water level about eight to ten feet below ground level. Would it be feasible to pipe runoff into this well? That is, would it be apt to fill up or would I simply be dumping the runoff directly into the water table without it percolating through the soil?

Normally in spring, much of the area I want to use for gardens, etc. is pretty sloppy due to the property being pretty flat and without much in the way of drainage. Most of the time, having enough water isn't an issue, but occasionally we get a very dry summer, and as I said I want the extra water for animals and irrigation when needed. 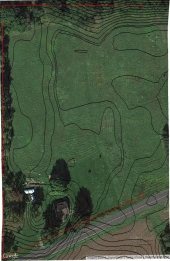 How to deal with water on this site
I think that would be a great idea and what I would do if I had more than 5 acres that have no more than ten feet difference in height between the lowest and highest points on the property. That's including the fact that the house is on the highest point on the five acres. Putting in a pond or two would carve a huge chunk out of the usable pasture and leave me with a big pile of clay to try to dispose of. Spreading it over the rest of the land would only serve to make it less productive if not totally unproductive. Any place I've put in any kind of a ditch for drainage tile, like for underground downspouts, takes forever to grass over again.

How to deal with water on this site
As I stated, "I'm looking for suggestions for how to improve drainage, as well as put in some kind of rainwater/runoff catchment and storage so that I have adequate water for irrigation and livestock."

How to deal with water on this site
I have about 5 acres that's mostly pasture and pretty much flat. The soil is heavy clay and, being in the Finger Lakes area, doesn't drain well after a storm or in the Spring. I'm planning on putting in more small hoop houses and high tunnels than what I currently have, which will only add to the problem. I've attached a photo of the property with contour lines marked at 1 foot intervals to show how little contour and drainage there is. To be honest, I'm not 100% convinced that the contour that Google Earth came up with is entirely accurate. I haven't yet checked with a transit, but I think there is actually less fall than what is represented. I'm looking for suggestions for how to improve drainage, as well as put in some kind of rainwater/runoff catchment and storage so that I have adequate water for irrigation and livestock. Money, like with most start ups, is limited. If it weren't, I'd probably sell the property and move somewhere more in the mountains.

The red line delineates the approximate property boundaries, and North is at the top of the photo. For some reason the red line didn't show up on the right hand side, but it should be about even with the ends of the North and South boundary lines.

Thanks.
show more
6 years ago
rainwater catchment
Lacto Bacillus - growing it, using it on a farm

Here is an interesting video on growing lacto bacillus naturally and its uses on a farm. Korean farmers have been doing this for sometime. Bryan McGrath thank you.


When I tried to watch the video, it comes up as private.
show more
6 years ago
permaculture