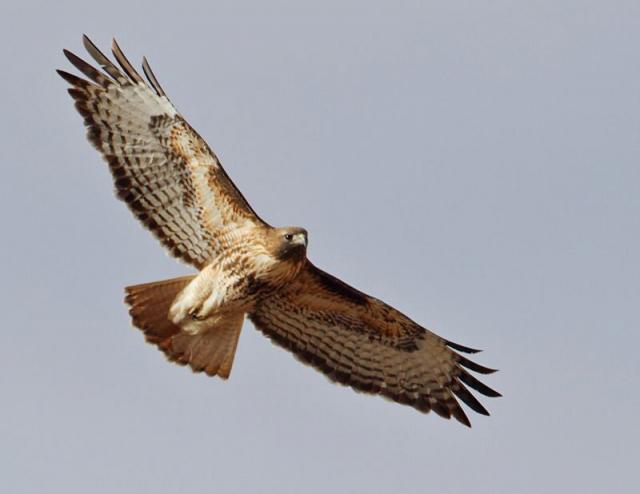 Part Nakota, part Irish. The Nakota took over long ago but still lives in two worlds, the European world and the first people's world. He lives on a small (15 + acres) piece of mother earth deep in the woods. Was trained in the cooper's arts as a child, since the family owned a cooperage. He has been a carpenter, and timber wright but love all aspects of farming.He holds a BS in Chemistry and Biology and a MS in Horticulture. Worked for the USDA for 16 years. Then PHD in Microbiology defended. Redhawk and his wife Wolf are setting up to be fully self sustaining, growing all their own foods and collecting rain water. "Soon we will be self sustaining and closer to being off the grid" he said when asked about future plans. They continue their own research both in Agriculture and soils with the hope to make the world more like it used to be, before mankind began screwing up the Earth Mother. This is the only way humankind will survive, we must fix what we have broken.
Arkansas - Zone 7B/8A stoney, sandy loam soil pH 6.5
Apples and Likes
Apples
Total received
1293
In last 30 days
17
Total given
536
Likes
Total received
8297
Received in last 30 days
72
Total given
4910
Given in last 30 days
15
Forums and Threads
Scavenger Hunt

Genevieve Higgs wrote:when you guys amend with seaweed what amount do you put on?

Do weeds rob soil of nutrients?
Plants gather most of tbe nitrogen they use from the air, soil nitrogen is used more by the micro organisms and the plant root tips. This means that most amendment nitrogen is not benefiting plants directly but indirectly through the organisms in the microbiome. 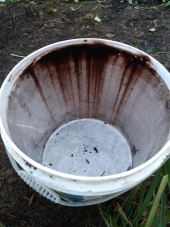 Slugs as compost tea --- the bouquet of fertility?
You are correct about the nitrogen/protein connection Ben.
show more
2 weeks ago
soil
Do worms have favourite foods?

I was really hoping that there was some sort of root exudate that called either the worms or their favourite prey. My thinking was that, since soil life does most of the work of soil building, if we plant it, they would come.

Imagine a beacon plant you could seed around your compost pile and garden beds that would call soil life from all around to do the in-soil work for you.

I know that it is likely to happen simply by carefully cultivating soil conditions favourable to worms and then feeding them, but I was wondering if there was such a "keystone" plant.


hau kola Chris.
Earth worms are the species that answer plant and fungi excretions, coming to feast on the bacteria, fungi and others in the micro world.
The deeper rooting herbacious plant groups would be my choices. These plants can dispense their exudates deeper, where the several subspecies of earthworms live between feeding or mating. The fruit and nut trees are also good at attracting these worms.  Red wigglers are always in the top 12 inches since that layer is where their foods are located.

Redhawk
show more
3 weeks ago
plants
Coniferous forest gardening - is it possible
First, do you own this land? Second, are those shading trees yours? If you can not remove any to be able to get some sun exposure, only shade loving plants have the abillity to thrive. Ph is probably lower closer to the trees.
show more
4 weeks ago
forest garden 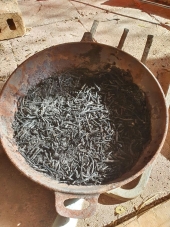 Mineralizing your biochar
i have to agree with John, I doubt that the originators of terrapreta worried about adding minerals to the char resulting from burning their trash dump. As with any part of soil building, plant growing, animal raising, etc. one can loose focus by worrying about every possible detail. My own ancestors knew to provide their plants with the food needed to thrive.
show more
1 month ago
biochar
Lead in soil and composting: am I overthinking this?
When you are remediating contaminated soil it is important to remember that those organisms are breaking down and making use of the contaminating chemicals and/ or minerals (lead, etc.). I would take those fungi, fruits and vegetables and compost them in hot compost heaps, consumption would not be advisable since the plants and fungi are concentrating the contaminates.

Remediation takes some tiime to accomplish one year is just the start.

Redhawk
show more
1 month ago
composting
Lead in soil and composting: am I overthinking this?
If you know the concenttration of lead or other heavy metals, you could be safe with fruits from trees. Anything over two times the limit set by the epa and remediation or having the produce tested (safest method) is the wise move.

You can remediate with oyster mushrooms or winecaps, chanterells are another good remedator fungus. Once you have the fungi well established expect to wait at lest a year before you check the soil so the fungi can work on heavy metal removal.

There are many parts of the human anatomy that lead can wreak havoc on, the brain is usually the first organ to be noticed as functions start dropping with as little as 5 ppm.

Redhawk
show more
1 month ago
composting
Ideal grain size curve for garden soil- is there one?
Organic matter breaks down into humus not clay, clay is rock ground into the smallest particles possible. Organic matter is easy to add, you can add it as a top dressing, as a thick layer of mulch, or spread a thick layer and use a garden fork or broad fork to work it into the soil. Organisms are easy to add by making a compost tea that has air added while brewing or add home made EM (effective microorganisms), or make the "biodynamic" preparations (I have my own method in one of the soil series threaads) and add those to your compost heap so the whole heap quickly becomes  rich in micro organisms.

If you are building and filling raised beds, using a cement mixer is a fast way to mix a good soil blend, then water with compost tea to bump up the microbiome.

Redhawk
show more
1 month ago
soil
Ideal grain size curve for garden soil- is there one?
A good soil base (the broken down rock minerals we call dirt) consists of 1/3 clays (1-7 micron mesh), 1/3 silt (8-12 micron mesh) and 1/3 sand (13-23 micron mesh). Soil requires additions of organic matter, bacteria, fungi, and the other beneficial organisms both micro and macro organisms. Any mineral particles larger than sand serve as mineral banks for the micro orgaisms of the microbiome. I tend to recomend 10-20 percent organic matter and small stones as acceptable in garden beds.

I try to sive the base material of my garden beds
With 1/4 inch mesh screens this seems to be the best method for a soil that grows root vegetables well. Trees don't need anything but large rocks removed from the planting back fill.