Best hose and irrigation equipment for small scale farming?
i have been useing products from irrigrow international for almost 20 years, low flow and gravity feed. irrigation tape comes in different grades . i can irrigate anywhere with it , i just fill a barrel or bucket ,elevate it ,connect the tape and it does the job amazingly well. it is also fairly cheap  and unless you plant your corn seedlings on top of it it will last for years and years. it can also be left in the ground.  i can irrigat a 1 acre garden with a 200 gallon barrell or a row of new fruit trees 2 miles away with a rain barrel .
Here in Alberta Lee Valley tools sell the best hose connectors but they are costly. 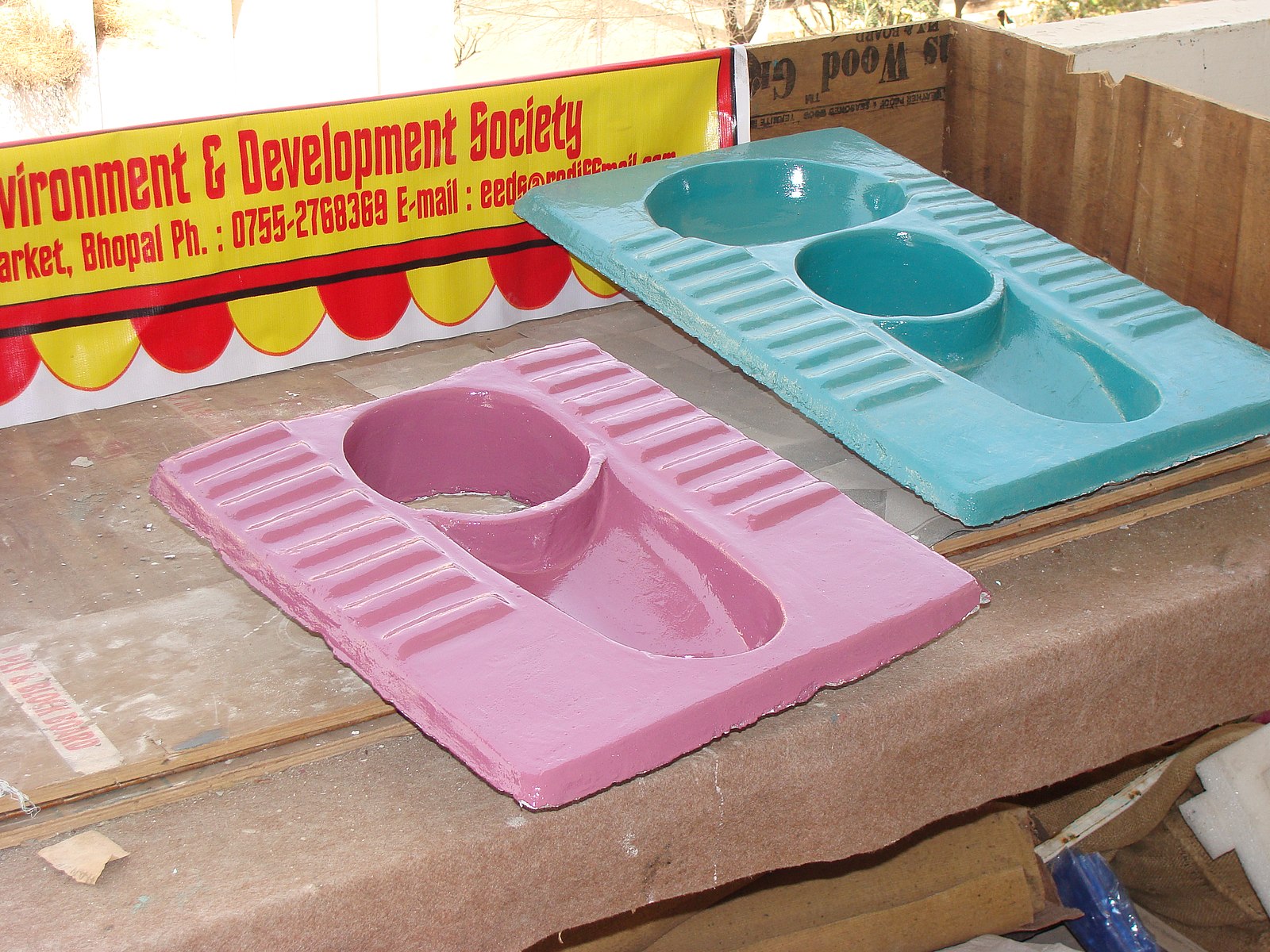 wheaton labs: the pooper and the urine diverter
hello I have elders here and they are pretty much unable to do a squat. I had them read the forum and their response was that as you age your sphincters don't function always on command and as females go through lifes hurdles of having children and ageing our bladders don't always work the way that we want them too either.The elders laughed outright at the urine diverters for squatting as they need a 5 inch lift on their seat due to hip transplants etc... to use a toilet and get off of one. I tried a two holer for a practice run and it might as well have been a one holer with the number of seniors and small children running about .
try and try again is all I can say, my trees would love the compost.
show more
4 years ago
composting toilet
It's a bummer
you are absolutely correct about not over feeding babies. I had a neighbor bring me a little lamb that they had been feeding milk replacer, it had a terribly distended stomach. A long story short is that they fed the little guy to death. Multiple feedings of small and moderate amounts are best for babies, just like their own mother would do.
show more
4 years ago
goats, sheep and llamas
It's a bummer
i have raised lots of orphans, lambs, kids, calves, kittens, pigs, puppies, pigeons , usually i keep a milk cow around, and a milk goat, right now i have a sheep that is milking rather well. It is good practice to keep clostrum in the freezer, grab it and freeze it at every opportunity. The store bought stuff isnt any where near as good as the real deal but it will get you by in a pinch until you get your hands on the real stuff.If you have no critters milking and no milk in the freezer then There is almost always some one who has some thing haveing babies at the same time that you are, ask around, generally people will let you have clostrum and or milk as long as you will do the milking. If all else fails use the tried and true baby critter formula canned evaporated milk and corn syrup, add water to dilute to which ever species you are feeding and corn syrup the same. corn syrup has a laxative effect so be gentle with it. kittens and piggies and human babies need more syrup than goats and calves. some animals have a very high sugar content in their milk as well as a higher fat content so do your research and dilute accordingly. The formula has saved many little lives but it does not replace clostrum, i always prefer the real deal and do my best to locate the closest milk that i can find.
show more
4 years ago
goats, sheep and llamas

Paul has cervical radiculopathy (from a bulging disc) - advice?
12 yrs ago I ruptured 2 disks in my neck in an accident and the result is chronic pain and spasms etc ,the first 6 months were major agony. This is what I learned over the years so far ; find or make yourself a rice bag or bags of appropriate size for warming the muscles when they are spasming and or refuse to stretch,a hot wet towel can help, use any kind of topical linament you find that works to confuse the nerves so that they are not making your life hell, do go to a good chiropractor, do find a good physiotherapist and do go to a good doctor, use what ever appropriate pain medication you need to get through this and be careful when mixing natural and maimstream pharma,some times an accupuncturist helps a lot, acupressure helps as well if one know what they are doing,some yoga stretches for sore backs have been helpful and can be found on youtube. Meditation is an absolute must because the more tense the pain makes you the more pain you are in.
Blessings

show more
4 years ago
meaningless drivel
Willing Worker and Artist Seeking Opportunities (Alberta)
hello have you found anything in the Red deer area yet? If you haven't message me and we can chat. Our farm is East of Elnora out by the Buffalo jump park and we host woofers every year here. We are about 45 minutes from Red Deer
Leah

show more
4 years ago
wwoofers
Mini cows
the neighbors/renters had a small herd of highlands and they were adorable astheticly, they were pretty docile, good milkers, high milk fat for people who love butter. They were also amazing foragers, they were out getting their own grass happy as clams at -20 F with a SE wind blowing, the usual breeds of cows were huddled around their hay bales behind a wind break fence. I have heard a number of people had good luck crossing jersey with highland for a hardier milk cow for the northern climate and really enjoyed the results. the downside is that you end up marketing the meat as inspected freezer beef on the specialty market or privately for people who don't want a huge carcass in their freezer, also they must be dehorned before they are sent to the abitoir or feed lot and some auction markets wont handle long horned animals either. Easy enough to do if done when they are very young but not when they are older it is a real pain in the butt (at least in my view,i hate it). The winters can get nasty here in Alberta and the Highlands seemed to like it. They are priced at about the same or slightly less than any other cow right now.
show more
4 years ago
cattle

Wheaton's Law of Reflective Douchebaggery
i so wish that I had the patience to sugar coat when I feed things back to people, but more often than not I fail. I suffer from chronic pain and after a couple of brushes with possible ending I do not seem to find that I have time to waste on people with narrow minds and hard extreme opinions. so I tend to just remove them from my life. The problem is that the "douche bags" as they are refered often are standing in the way of where I am trying to go and it is very necissary to deal with them in and effective way. I meditate a lot.
show more
4 years ago
meaningless drivel
Sinus infection
a drop of tea tree oil in the neti pot seems to be the go to for all the family sinusitis sufferers around here. they say it ends the problem pretty much immediately

Free range meat rabbits - advice appreciated please
free ranging rabbits can be a problematic idea if you are a gardener, as some of my friends have found out the hard way.More than one person has tried to be kind and worked very hard at digging in fences and trying to do every thing right and others thought it was no big deal if one or two was just free ranging about the farm.but after they breed and eat your garden and then the neighbors garden and then the neighbor sues and the local animal control and the county officials lay charges and you have to pay for it all, it becomes a big deal.It may seem that you are doing your domestic bunny a favour by letting them free range but in reality all you may be doing is either making them free lunch for the local wild life and/or bringing the local predators to your door or you maybe giving your bunnies a free lunch. A good sized rabbit tractor might keep your domestic rabbits happy and healthy, free from predators and disease.
There is also the fact that you have a responsibility to keep your domestic kritters from messing with the local biology .Not keeping your domestic kritters at home and contained can cause misery for years to come for any gardener and her/his neighbors as many have found out the hard way ,here in Alberta the powers that be hold you responsible for any and all damages your domestic animal causes, including their offspring, so free range has its risks whether it is a bunnie, a cow, a pig or a bird.