Hugel-barrel?
In Response to - Rose Pinder: I had read one of them...As far as Nitro fixers....I dont think I have much in the way of those. I can get bucket loads of grass Clippings, oak leaves, horse manure, Chicken Manure, & cow manure. If anything there would help fix the Nitro imbalance

Kim: LOL Shovels of course just used as tools. As far as amended soil, I dont really like using Chemicals.

Would it be simpler to use nitrogen fixing plants such as legumes, clover, Daikons...etc?

A question...Should I punch some drainage holes into the bottom to allow for free draining or just leave it sealed?
show more
6 years ago
hugelkultur
Hugel-barrel?
I am want to test the Hugelkultur based system on a small scale. I have several 55gallon barrels some are cut in half and others are just topless. I plan on growing ginger, spring onion, Daikon Radish, squash, and a few berries(not too sure which ones just yet). I have grown all these in pots before using normal soil and fertilizers...the water requirements, and fertilizer prices are a bit higher than I would like. I have looked into the "do's and don'ts" of hugel beds and I have read some conflicting reports saying that Oak wood is not a good. Here is what I have:

1. Oak, Mesquite, cotton wood, a bunch of other softwood trees.
2. Super hard clay soil,
3. small stones, about gulf ball size.
4. barrels, shovels, etc.
5. the next 3 weeks with nothing to do!

30yr old hippy farm girl, central missouri
I'm very proud to know that women like you still exist! Your post has renewed my faith in humanity and the search for a mate. Thank you Lauren

If a vegan friend visited you today, what could you make for them?
After lunch when the garden tour is over.
Salsa and tortilla chips, as a snack
Ginger tea with pine nuts, Served hot.
sliced apples with caramel, as a dessert.
show more
6 years ago
vegan food

If a vegan friend visited you today, what could you make for them?
Pineapple-ade, made fresh prior to arrival
Sliced cucumber with lime juice and Sea salt, as a starter
Cucumber sushi with a flower petal salad, as an appetizer
Spicy stir fried veggies with pine nuts, as a main dish 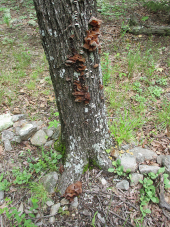 tree ears 'brown ear fungus'.....does anyone eat them?
I eat them at least once a month, usually in soup but sometimes in a stir fry with ground turkey and spices. Then I'll wrap the mix in lettuce leaves and serve wraps! 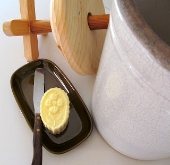 How to cut the food bill by 80 percent?

Mat Ar wrote:...lose my dependency on Walmart and other Huge food chains(boy, I just know I'm going to catch hell for being dependent on walmart).

I don't think anyone on this forum has the poor taste to 'give hell' on something like that. We are all starting from different places in our lives. Personally I find it wonderfully inspiring to hear about your journey away from the industrial food chain. Thanks for sharing.

wow, I am glad for that! I have spoken to a few "Green Movement/hippies/budgeteers/free-thinking elitist's"(sorry but I do not know the label for these types) they just about Bludgeoned me to death for shopping at walmart and from then on I have always been wary of anyone involved in any kind of green action...In all honestly I try to live as green as possible and as local and sustainable as possible, but I said walmart to a few and nearly left the conversation in a body-bag(which is the last act of nonsustainability any human uses....Unless they get buried in a Styrofoam coffin) Please excuse my dark sense of humor!
show more
6 years ago
frugality

How to cut the food bill by 80 percent?
In order for me to save money while keeping myself fed and healthy I had to re-think re-design and re-build my entire diet. Firstly I hit as many dietary requirement sites/workout sites and a few body building sites. my Over all goal was to lose a little weight, trim the cost on my wallet, lose my dependency on Walmart and other Huge food chains(boy, I just know I'm going to catch hell for being dependent on walmart). So after about 3 days of good solid research on dietary plans I came up with a pretty decent calculation the basics are "Input vs. Output"

Once I had a caloric count/ nutritional value set I tailored my diet and built up a set of recipes. After all this I was able to look up what I needed to buy in bulk and what needed to be bought fresh. anything and everything I could grow/raise/forage/hunt/catch/trap/ that required little to no care on my part I would see that it was done. once I worked enough homegrown veggies into the mix I had reduced my overall food bill from $200/month to $75/month. wishing and knowing that I could do more to cut down it further I tired to raise some fish(they all died) I learned from that horrible failure that aquaponics is not as easy as people make it seem(or I'm no where near as smart as I think I am LOL) In either case I started to post my food bill on facebook and a few close friends ask if I could barter some Pinto beans, mint tea, carrots, and Potatoes(I had very successfully grown a surplus of these that season) I worked out what I could spare and what I still needed. I sent the list to my friends and a few of them had some things on the list. one helped me setup a new aquaponics system that "works"(his word not mine) Eventually I was able to drop to 57.20/month(at the lowest but the average hovers at $60) while providing my kitchen with rice, beans, wine, bread, spices(OMG the spices) Cheese, veggies, beef, fish, mushrooms, cakes, pies, candies to name a few things.

Disclaimer: I am single and live alone so the cost is what I calculated for myself, you also need to take into account that I am a pretty picky eater. I personally do not like any condiments(ketchup, mayo, mustard) they all gross me out with the smell, taste, and look. I do not really like the more expensive food stuffs. I take free food when it is offered to me, some church groups have left overs after giving out food.(sometimes they are given things like a 5 gallon bucket of cinnamon, in these cases they usually just dump them. Thats when they offer it to me

) My Grandfather has a saying!(Behind charity lies gold in unending abundance) I now host a monthly "food exchange party" I think the title is self explanatory